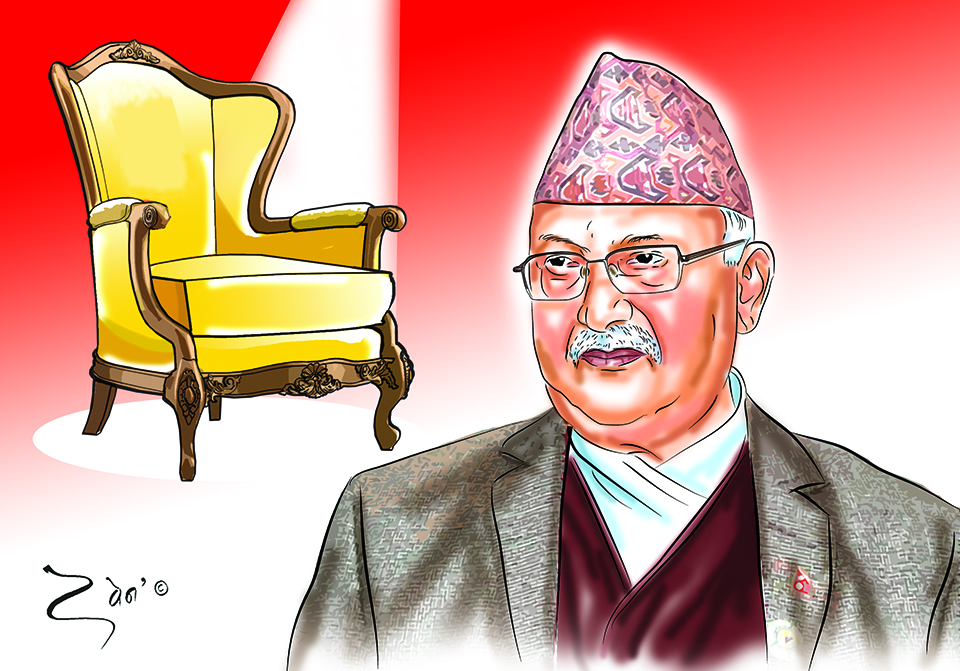 KATHMANDU, Nov 24: As the final results of the House of Representatives and provincial assembly elections are pouring in from across the country, top leaders of two major political parties—Nepali Congress (NC) and CPN-UML – have started initiating dialogues to forge alliance with the CPN (Maoist Center).

Sources close to the CPN (Maoist Center) Chairman Pushpa Kamal Dahal said NC President Sher Bahadur Deuba and UML Chairman K P Oli called Dahal over the phone on Thursday. Although the phone calls were purportedly made to congratulate Dahal for winning the election with landslide votes from Gorkha, sources said the calls were aimed at bringing Dahal on their fold to form a new government.

In the proportional vote count, the UML, the NC and the Maoist Center are set to emerge as the first, second and third largest parties, respectively. Mathematical calculation of the new parliament with 275 members suggests that the support of Maoist Center is a must for the NC or the UML to form a new government under its leadership.

NC insiders believe that UML Chairman Oli is wooing Dahal on his fold to form a new government, cashing in the brewing rift between the NC and the Maoist Center.

According to Dahal’s Personal Secretariat, UML Chairman Oli had proposed to work together in the days ahead including for the formation of a new government. This is the first phone call between Oli and Dahal after the Nepal Communist Party (NCP) that was formed after the merger between the UML and Maoist Center was dissolved following the court’s order.

The relation between Oli and Dahal has not been cordial since the latter in his capacity as prime minister dissolved parliament in 2021. The phone call made by Oli to Dahal despite their acrimonious past suggests that Oli is keen to bring the Maoist Center onboard his alliance to form a new government under the UML leadership, if not with the support of UML.

Sources said NC President Deuba had called Dahal over the phone on Wednesday. According to Dahal’s Personal Secretariat, Deuba had proposed to make their alliance further strong as a new parliament is set to convene in the next few weeks.

In a new twist, EC trashes demand of NCP rival factions to recognize them as official NCP

The election body says NCP is still one on legal ground. ... Read More...

No decision on appointments made by Tuesday's Constitutional Council meeting: PM Oli