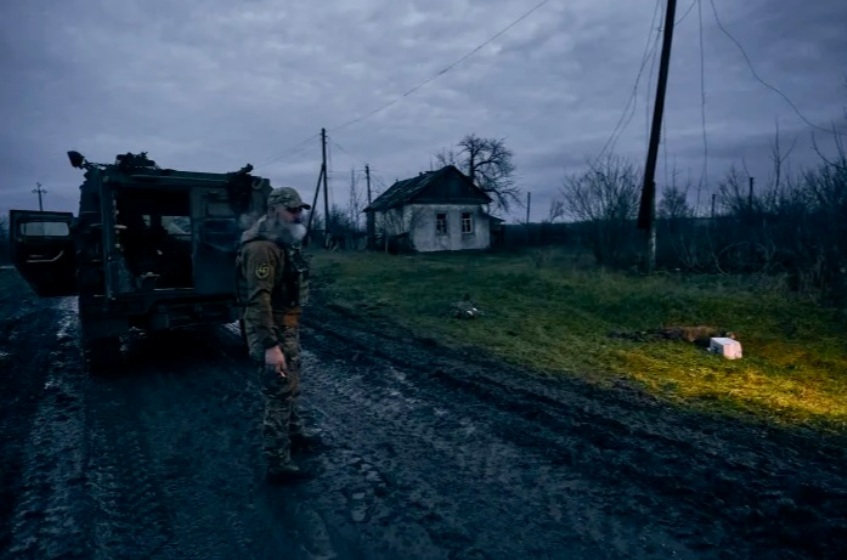 KYIV, Nov 22: Ukraine’s President Volodymyr Zelenskiy has appealed to Ukrainians to conserve energy amid relentless Russian strikes that have already halved the country's power capacity. According to Reuters, the United Nations' health body has warned of a humanitarian disaster in Ukraine this winter.

Authorities said millions of Ukrainians, including in the capital Kyiv, could face power cuts at least until the end of March due to the strikes, said the news agency, adding, “Temperatures have been unseasonably mild this autumn, but are starting to dip below zero and are expected to drop to -20 Celsius (-4 Fahrenheit) or even lower in some areas during the winter months.”

According to Reuters, Russia has been targeting Ukrainian power facilities with rocket strikes after a series of battlefield setbacks that have included withdrawing its forces from Kherson city to the east bank of the mighty Dnipro River that bisects the country.

"The systematic damage to our energy system from strikes by the Russian terrorists is so considerable that all our people and businesses should be mindful and redistribute their consumption throughout the day," Reuters quoted Zelenskiy as saying in his nightly video address.

Meanwhile the Associated Press reported that the battle for terrain has continued unabated despite the deteriorating weather conditions, with Ukrainian forces pressing against Russian positions as part of a weeks-long counteroffensive and Moscow’s forces keeping up shelling and missile strikes.

In a key battlefield development, a Ukrainian official acknowledged that Kyiv’s forces are attacking Russian positions on the Kinburn Spit, which is a gateway to the Black Sea basin and parts of the southern Kherson region that are still under Russian control, AP further reported.

According to Reuters, the World Health Organization (WHO) said hundreds of hospitals and healthcare facilities lacked fuel, water and electricity to meet people's basic needs.

"Ukraine's health system is facing its darkest days in the war so far. Having endured more than 700 attacks, it is now also a victim of the energy crisis," Hans Kluge, WHO's regional director for Europe, said in a statement after visiting Ukraine.

According to AP, Sergey Kovalenko, CEO of private energy provider DTEK Yasno, said in a Facebook post late Monday that the company was under instructions from Ukraine’s state grid operator to resume emergency blackouts in the areas it covers, including the capital Kyiv and the eastern Dnipropetrovsk region.

“Although there are fewer blackouts now, I want everyone to understand: Most likely, Ukrainians will have to live with blackouts until at least the end of March,” AP quoted Kovalenko as saying.

“I think we need to be prepared for different options, even the worst ones. Stock up on warm clothes, blankets, think about what will help you wait out a long shutdown,” he said, addressing Ukrainian residents.

Since Russia invaded its neighbor on Feb. 24, the war has killed at least 16,784 civilians and injured 10,189, the U.N. High Commissioner for Human Rights estimates.

KATHMANDU, Feb 27: With the situation continuing to escalate in Ukraine following the invasion and attack by Russia, the Nepal... Read More...

Ukraine-Russia crisis: What to know as diplomacy steps up

BERLIN, Feb 15: Diplomatic efforts to head off what U.S. officials have warned could be an imminent Russian attack on Ukraine... Read More...

Ukraine sends in the clown

KYIV – In the 2000s, The West Wing was everybody’s favorite television show about an aspirational US administration—one that fought... Read More...