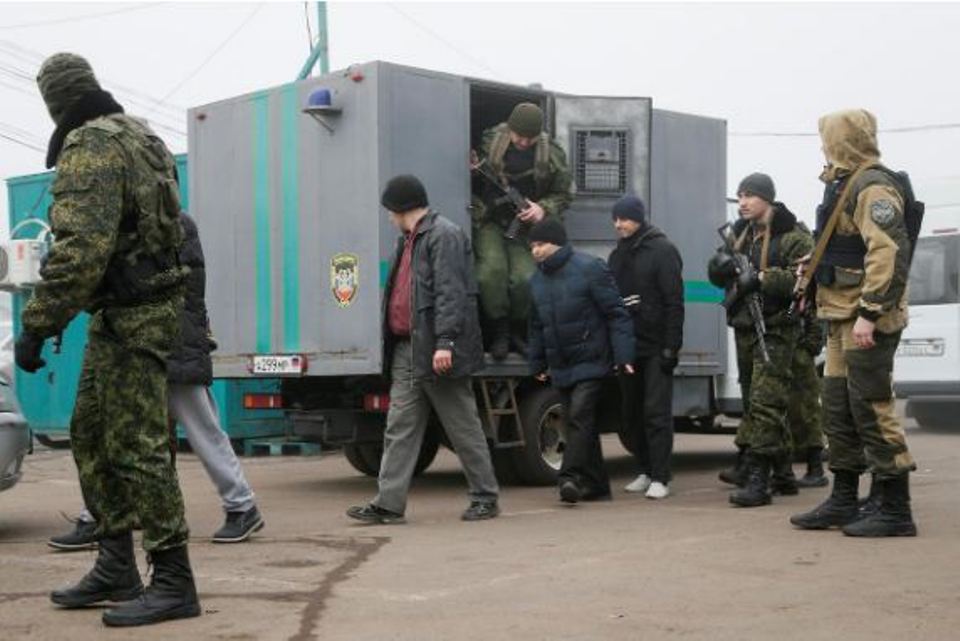 Men are escorted by servicemen of the self-proclaimed republics during the exchange of prisoners of war (POWs) between Ukraine and the separatist republics near the Mayorsk crossing point in Donetsk region, Ukraine December 29, 2019. REUTERS/Alexander Ermochenko

KIEV/MOSCOW, DEC 29: Ukrainian government forces and pro-Russian separatists in eastern Ukraine have started an all-for-all prisoner swap, after which all remaining prisoners of the five-year conflict should return home, the office of Ukraine’s president said on Sunday.

The agreement was concluded by Russian leader Vladimir Putin and Ukrainian President Volodymyr Zelenskiy in Paris in December.

The swap is taking place at a checkpoint near the industrial town of Horlivka in the Donetsk region.

Kiev’s forces have been battling separatists in the Donbass region of eastern Ukraine since 2014 in a conflict that has claimed more than 13,000 lives. Sporadic fighting continues despite a ceasefire agreement.

There have been several prisoner exchanges between Kiev and rebels. In the last swap, conducted in December 2017, Ukraine handed over about 300 captives to pro-Russian separatists and took back around 70.

LALITPUR, July 1: A man arrested on charge of rape has committed suicide in the custody of Metropolitan Police Circle... Read More...

JERUSALEM, Jan 23: Dozens of world leaders descended upon Jerusalem on Thursday for the largest-ever gathering focused on commemorating the... Read More...