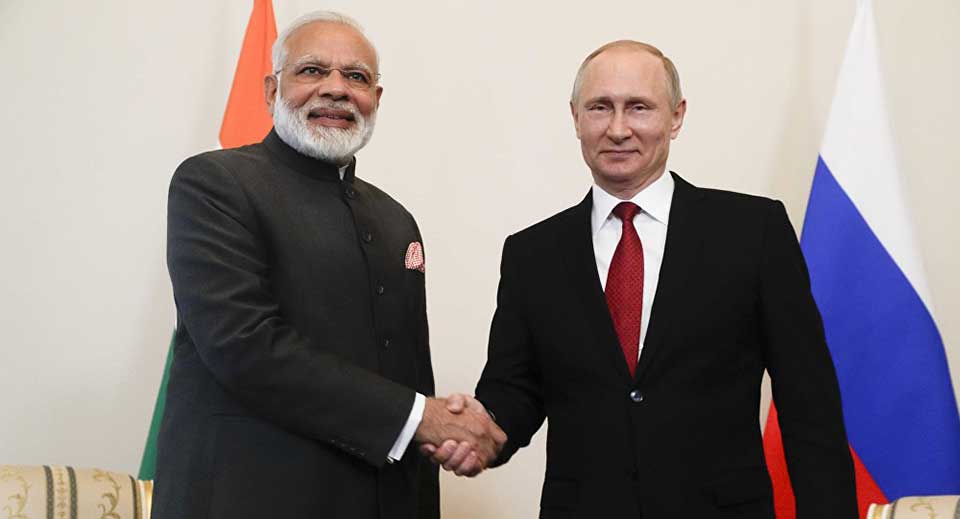 NEW DELHI, Oct 5:  Russia is ready to consider cooperation with India in a number of energy projects, including Far East LNG and Arctic LNG 2, as well as projects on natural resources development in Russia's Siberia, Yamal and continental shelf, Russian President Putin, said on Friday.

"We welcome the interest of Indian energy companies in expanding their business in Russia. We are ready to consider the possibility of cooperation within the framework of such projects as Far East LNG, Arctic LNG 2, as well as other projects for development of natural resources of Siberia, Yamal and the continental shelf in the Russian Federation," Russian President Vladimir Putin said after talks with Indian Prime Minister Narendra Modi.

Apart from highlighting the willingness to cooperate in energy projects, Putin stated that Russia and India intended to boost coordination in a fight against terrorism, including in association with UN, BRICS, and G20.

Putin further noted that he had discussed the issues of the economic and political situation in Afghanistan with the Indian prime minister.

"We have addressed the issue of economic recovery and stable political development of Afghanistan," Putin revealed.

Following the Russia-India meeting, the Indian prime minister stated that he accepted Putin's invitation to visit Russia in 2019.

The officials' comments came amid the 19th India-Russia bilateral annual summit that kicked off on October 5 in New Delhi. Earlier reports stated that the summit could lead to the signing of crucial energy deals by the two states, which would result in a substantial growth of the share of Indian firms in Russia's oil and gas sector.

Feb 27: Russia on Monday used its veto power at the UN Security Council to block a draft resolution presented by Britain... Read More...