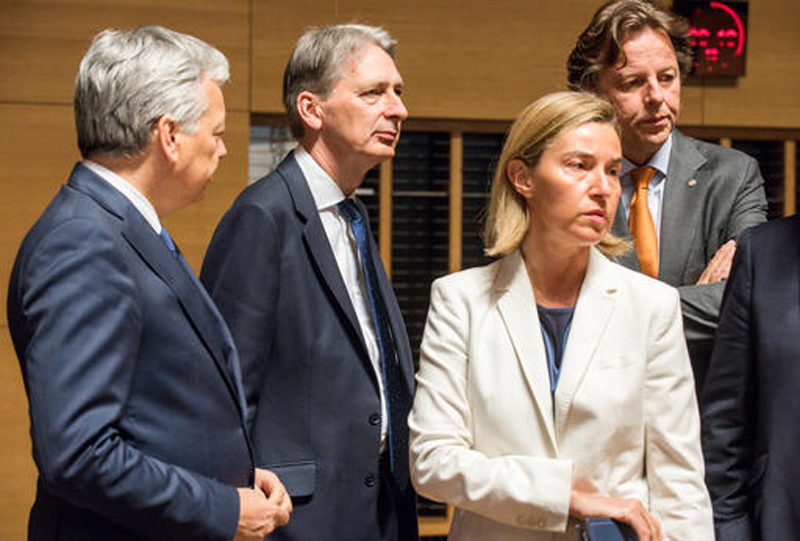 LONDON, Aug 13: The British government promised Saturday to keep paying for European Union-funded agriculture, infrastructure and science projects until 2020, even if Britain leaves the bloc before then.

Treasury chief Philip Hammond wants to allay worry among farmers and scientists about what will replace the millions they currently get from the EU. Some scientists in Britain say the uncertainty is already hitting their ability to begin multi-year research projects.

Hammond said organizations "want reassurance about the flow of funding they will receive," and the announcement would help provide "stability and certainty." He said the funding guarantee would cost taxpayers about 4.5 billion pounds ($5.8 billion) a year.

Britain voted in June to leave the 28-nation EU, but an exit likely remains several years away. The Conservative government says it will not trigger the formal two-year exit negotiations process before next year.

Scientists' organization the Royal Society welcomed the announcement, but said it should be extended to give more stability.

Its president, biologist Venki Ramakrishnan, said "we have been hearing anecdotal reports of people not being willing to collaborate with certain U.K. collaborators because they weren't sure that they would be able to stay for the full duration of the grant."

LONDON, June 25: More than 1.5 million people have signed a petition calling for a second referendum, after a shock... Read More...