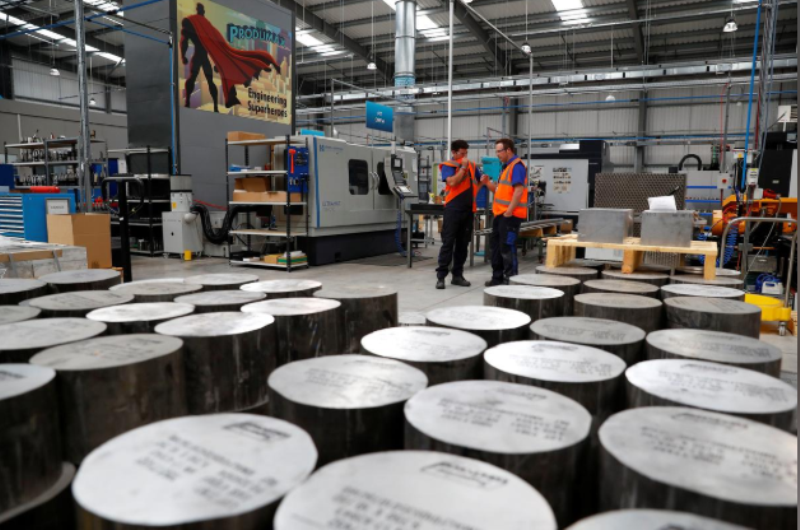 LONDON, July 23: New British factory orders from the home market and abroad fell at their fastest pace since the financial crisis a decade ago in the three months to July, the Confederation of British Industry said, citing worries about Brexit and the global economy.

The survey of 291 manufacturing firms also showed optimism fell at the fastest pace since July 2016 – just after the Brexit referendum – and investment spending plans weakened again.

“With orders, employment, investment, output and business optimism all deteriorating among manufacturers, it’s crucial for the new prime minister to secure a Brexit deal ahead of the October deadline,” CBI Chief Economist Rain Newton-Smith said.

Britain is due to leave the EU on Oct. 31, and former foreign secretary Boris Johnson - the leading contender to succeed Prime Minister Theresa May - has said he is open to leaving without a deal if the EU will not renegotiate.

In July alone the CBI’s quarterly industrial orders index fell to -34 from -15 in June. The median forecast in a Reuters poll of economists had been for another reading of -15.

KATHMANDU, Aug. 21: The Supreme Court (SC) has issued an interim order in the name of Election Commission (EC) to... Read More...

KATHMANDU, Sept 19: Though the country is reeling under acute energy crisis, the government does not have any official figure of... Read More...