UDMF to intensify protest from mid-March 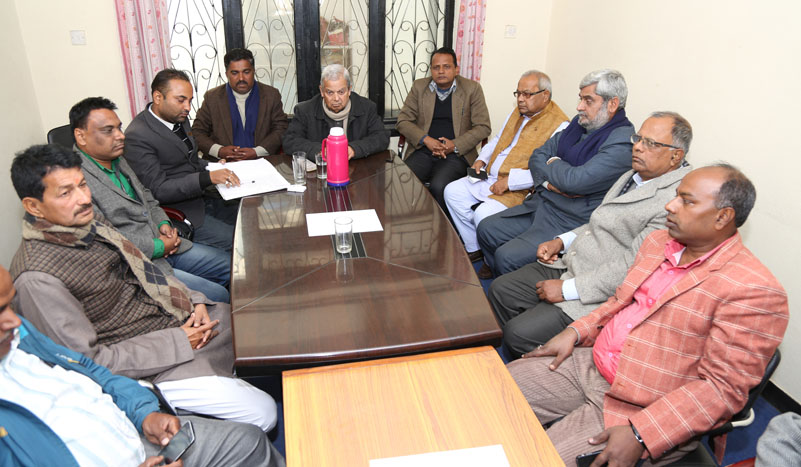 KATHMANDU, March 5:  The United Democratic Madheshi Front (UDMF) affiliated parties are preparing to intensify the protest program in the Tarai-Madhesh region after mid-March against the announcement of the date of the local polls before the constitution amendment.

They are adopting wait and watch strategy till the date. However, they are carrying the exposure program against the ruling alliance and the main opposition CPN-UML on March 9.

Prior to the program, the Tarai-Madhesh based alliance are holding different stages of meeting and discussions to formulate the strategies and to finalize the protest programs. According to the source, the alliance is ready to heat-up the protest program from stipulated time.

They are in mood to foil the local election if the government and the main opposition would not fulfil their demand to amend the constitution before the election, source told Republica online.

The parties affiliated with the alliance have already issued a notice to the cadres to reach the district to plan for the preparation of the protest program.

Leaders of the alliance have accused the government for ignoring the demand of the Front and warned against the consequences that the country would have to face if the government hold the election without fulfilling their demand.

Meanwhile, the ruling alliance and the main opposition have started Madhesh-centric programs to earn the favor from the people of the region. Main opposition CPN-UML have already started Mechi-Mahakali campaign from Saturday, whereas Rastriya Prajatantra Party is preparing to organize similar kind of programs in the region.

Likewise, the ruling alliance including the largest party Nepali Congress and CPN-Maoist Centre are coming up with Madhesh-centric program.

SAPTARI, March 6: The mass meeting of the CPN-UML, as part of the Mechi-Mahakali campaign has begun in Rajbiraj despite... Read More...

KATHMANDU, Dec 15: The main opposition CPN-UML has said the party is ever ready to find a solution to existing... Read More...