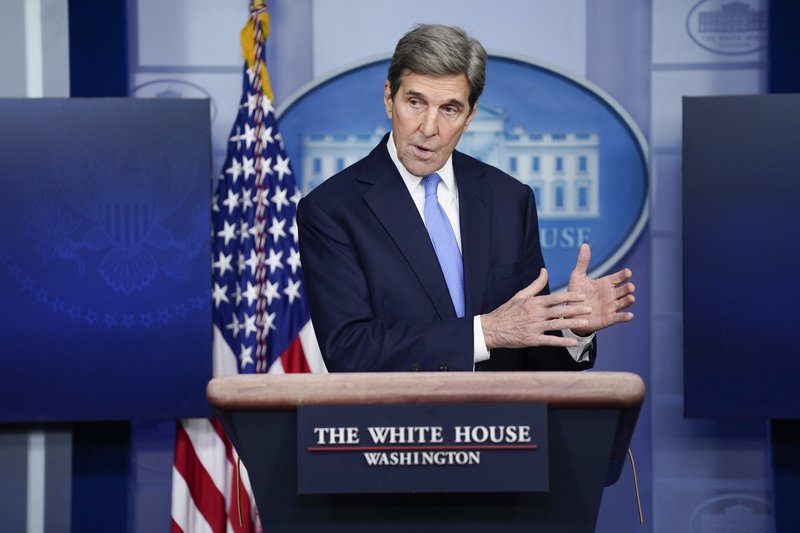 Prime Minister Narendra Modi’s government is facing calls from the United States and Britain to commit India, the world’s third biggest carbon emitter, to a net zero emissions target by 2050.

India, whose per capita emissions are way lower than that of the United States, European countries and even China, is concerned that binding itself to such a target could constrain the energy needs of its people.

Kerry kicks off his trip on Thursday that will also take him to the United Arab Emirates and Bangladesh, which experts say is especially vulnerable to climate change as it has large numbers of people living in areas barely above sea level, and lacks infrastructure to protect them.

Kerry will take part in a climate dialogue for the Middle East and North Africa hosted by Abu Dhabi on April 4, the UAE state news agency WAM said on Thursday.

It said the Regional Climate Dialogue would provide a platform for countries to “unite around progressive, practical solutions” to help reach global climate goals.

Kerry is leading efforts to get countries to commit themselves to reduce greenhouse gas emissions to zero by about the middle of the century.

President Joe Biden has called a summit of 40 leaders including India and China on April 22-23.

Later this year world leaders will gather for the United Nations climate summit in Glasgow to build on a 2015 Paris accord to halt the increase in global temperatures at levels that would avoid the worst impacts of climate change.

“Looking forward to meaningful discussions with friends in the Emirates, India, and Bangladesh on how to tackle the climate crisis,” Kerry tweeted.

India says it will not only stick to the Paris accord to reduce its carbon footprint by 33-35% from its 2005 levels by 2030 but will likely exceed those goals as it ramps up use of renewable energy.

Biden: ‘We can’t wait any longer’ to address climate crisis

WASHINGTON, Jan 28: In the most ambitious U.S. effort to stave off the worst of climate change, President Joe Biden signed executive... Read More...

Why the U.S. military would welcome a decisive 2020 election win

WASHINGTON, Oct 30: Politics aside, there is one outcome of the 2020 U.S. presidential election that could bring some relief... Read More...

WHO expresses serious concern over fast-spreading pandemic in Nepal, calls for emergency aid
4 hours ago