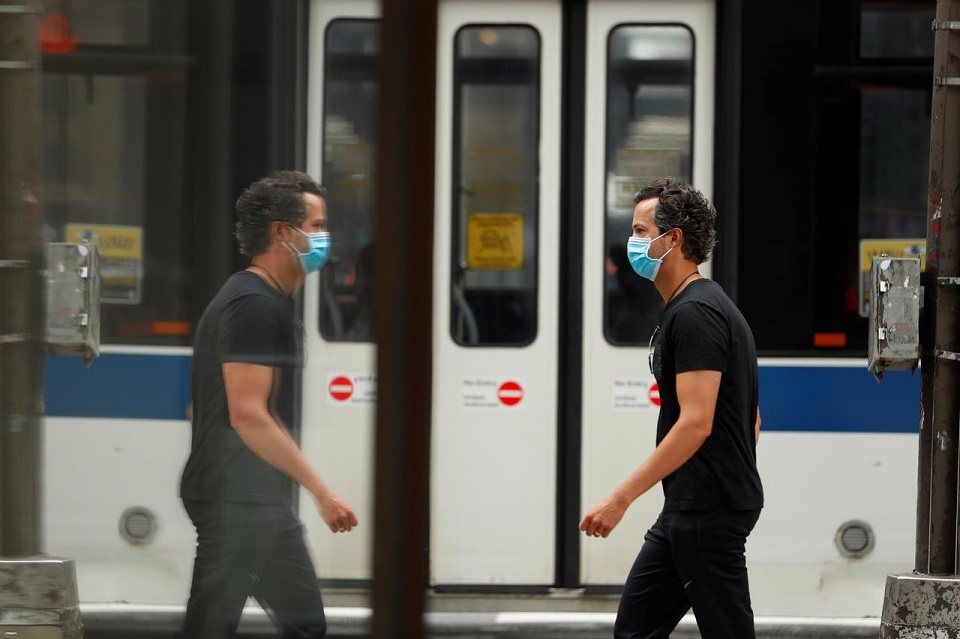 NEW YORK, July 3: The United States reported more than 55,000 new COVID-19 cases on Thursday, the largest daily increase any country has ever reported, according to a Reuters tally.

A surge in coronavirus cases across the United States over the past week has put President Donald Trump’s handling of the crisis under the microscope and led several governors to halt plans to reopen their states after strict lockdowns.

Just two weeks ago, the United States was reporting about 22,000 new cases a day. It has now reported more than 40,000 cases for seven straight days and broken records for new cases three days in a row, according to the tally.

New infections rose in 37 out of 50 U.S. states in the past 14 days compared with the two weeks prior in early June, according to a Reuters analysis.

Florida reported the biggest increase of any state so far on Thursday, recording over 10,000 new cases in a single day. With 21 million residents, the state has reported more new daily coronavirus cases than any European country had at the height of their outbreaks.

Dr. Anthony Fauci, head of the National Institute of Allergy and Infectious Diseases, warned earlier this week the daily increase in new U.S. cases could reach 100,000 without nationwide measures to slow the rate.

While testing rates have increased, so has the percentage of positive results. Hospitalizations have also skyrocketed.

Nationally, 7% of coronavirus diagnostic tests came back positive last week, up from 5% the prior week, according to a Reuters analysis. Arizona’s positivity test rate was 24% last week, Florida’s was 16%. Nevada, South Carolina and Texas were all at 15%, the analysis found.

LYON, July 8: The United States won a record-extending fourth women’s World Cup with a 2-0 victory over the Netherlands... Read More...