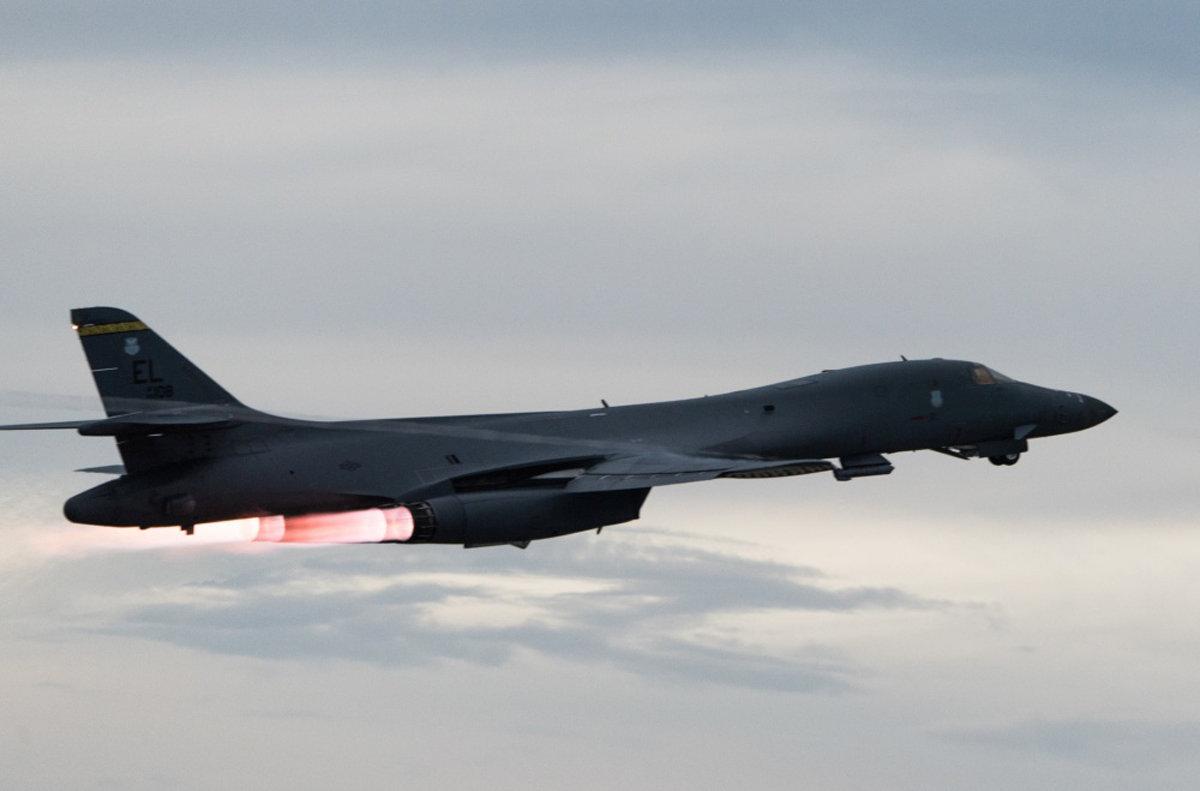 News of the drills was first reported by North Korean state news agency KCNA on Friday, which said the exercises involving South Korean and Japanese fighter jets were a “surprise nuclear strike drill”.

“The reality clearly shows that the gangster-like U.S. imperialists are the very one who is aggravating the situation of the Korean peninsula and seeking to ignite a nuclear war,” KCNA said.

Trump arrives in Asia on Sunday, beginning his first trip to the region as president in Japan before heading to South Korea and China, then Vietnam and the Philippines.

A series of missile tests by North Korea and its sixth and largest nuclear test have fueled the most critical international challenge of Trump’s presidency.

The goal of Trump’s visit will be to increase international support for efforts to deprive North Korea of resources as leverage to coerce it to give up nuclear weapons, U.S. officials said.

“The president recognizes that we’re running out of time (to deal with North Korea) and will ask all nations to do more,” White House national security adviser H.R. McMaster told reporters at a briefing in Washington.

McMaster said Trump, who has approved a variety of sanctions against North Korea while pressing China to do more, is at the beginning of his drive for Pyongyang to give up nuclear weapons. Trump has warned he would “totally destroy” North Korea if it threatened the United States.

China’s influential state-run tabloid the Global Times said in an editorial on Friday that pressing China will not help solve the Korean peninsula nuclear crisis.

“The complexity of the nuclear crisis means that all sides may have to make some concessions to reach a peaceful solution. China is playing the most difficult role in the process, and is the real hope of peacefully addressing the crisis. Neither side should press China in an extreme way,” it said.

While North Korea has not launched any missiles since Sept. 15, the longest such lull this year, a flurry of activity has recently been detected at the North’s missile research facilities in Pyongyang, pointing to another possible launch, South Korea’s spy agency said in a briefing to lawmakers on Thursday.

Seoul held a National Security Council meeting on Friday to discuss possible unilateral sanctions against Pyongyang, and may announce the measures ahead of Trump’s arrival in South Korea, a presidential official said.

“The United States has wanted the South Korean government to take further steps to sanction the North. Unilateral sanctions by South Korea wouldn’t have much practical impact but it has a symbolic importance,” the official said.

Ahead of Trump’s visit to Asia, the drills involving the nuclear-capable U.S. bombers marked the latest show of force by the United States and its allies.

Japanese and South Korean fighter jets carried out sequenced missions with the U.S. bombers but no ordnance was dropped, the Air Force said.

The drill was staged at a time when three U.S. aircraft carrier groups are in the Asia-Pacific, the first time such a potent projection of force has been together in the region in a decade.

U.S. officials said earlier this week a decision may be made for the three carriers to carry out a joint exercise to coincide with Trump’s trip.

KCNA said the combination of the bomber drills with the presence of the carrier groups underscored the gravity of the situation.

“The U.S. imperialists are making last-ditch efforts to check the dynamic advance of the DPRK by deploying their nuclear strategic assets in succession, but its army and people are never frightened at such moves,” KCNA reported, referring to North Korea by its official initials.

“The U.S. imperialist warmongers should not act rashly.”