The two Nepali women scientists are the recipients of the OWSD Early Career fellowship program 2019, which was announced by the Organization for Women in Science for the Developing World (OWSD) recently. 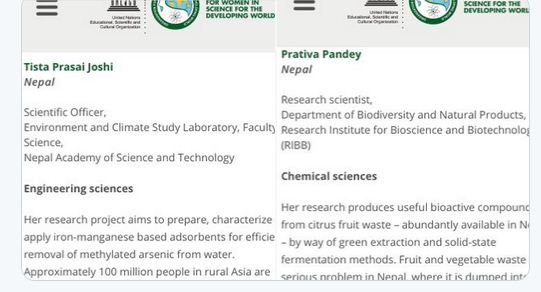 Pandey is a research scientist affiliated with Department of Natural Projects, Research Institute for Bioscience and Biotechnology. 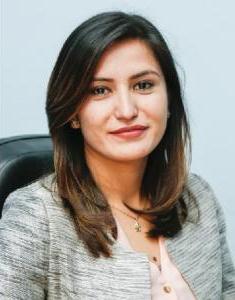 Similarly, Joshi is a scientific officer at Environment and Climate Study Laboratory, Faculty of Science, Nepal Academy of Science and Technology. 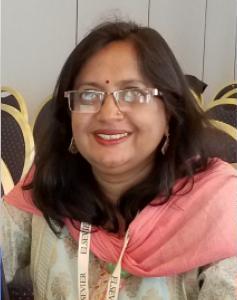 Twenty women scientists from 14 developing countries will receive up to USD 50,000 to lead research projects at their home institutes, and to build up research groups that will attract international visitors, according to a press release issued by OWSD. Canada's International Development Research Centre (IDRC) has funded the fellowship.

The Early Career fellows were selected from a highly competitive pool of candidates based on the strength of their research proposals and their proven scientific excellence as well as leadership skills, according to a press release.

They include a computer scientist from Tanzania building an app to help farmers diagnose poultry diseases through deep learning technology, a biologist from Laos trying to catalog and preserve the diversity of reptiles and amphibians in her country, and a biologist from Guatemala harnessing the natural detoxification properties of aquatic plants to filter harmful contaminants from lakes.

KATHMANDU, May 14: An Indian man has announced a bounty of INRs 20,000 to find the whereabouts of eight Nepali... Read More...

A year after Kate Spade took her own life, the foundation that bears her name has announced the completion of... Read More...