Two men set off bomb in restaurant in Canada; 15 wounded 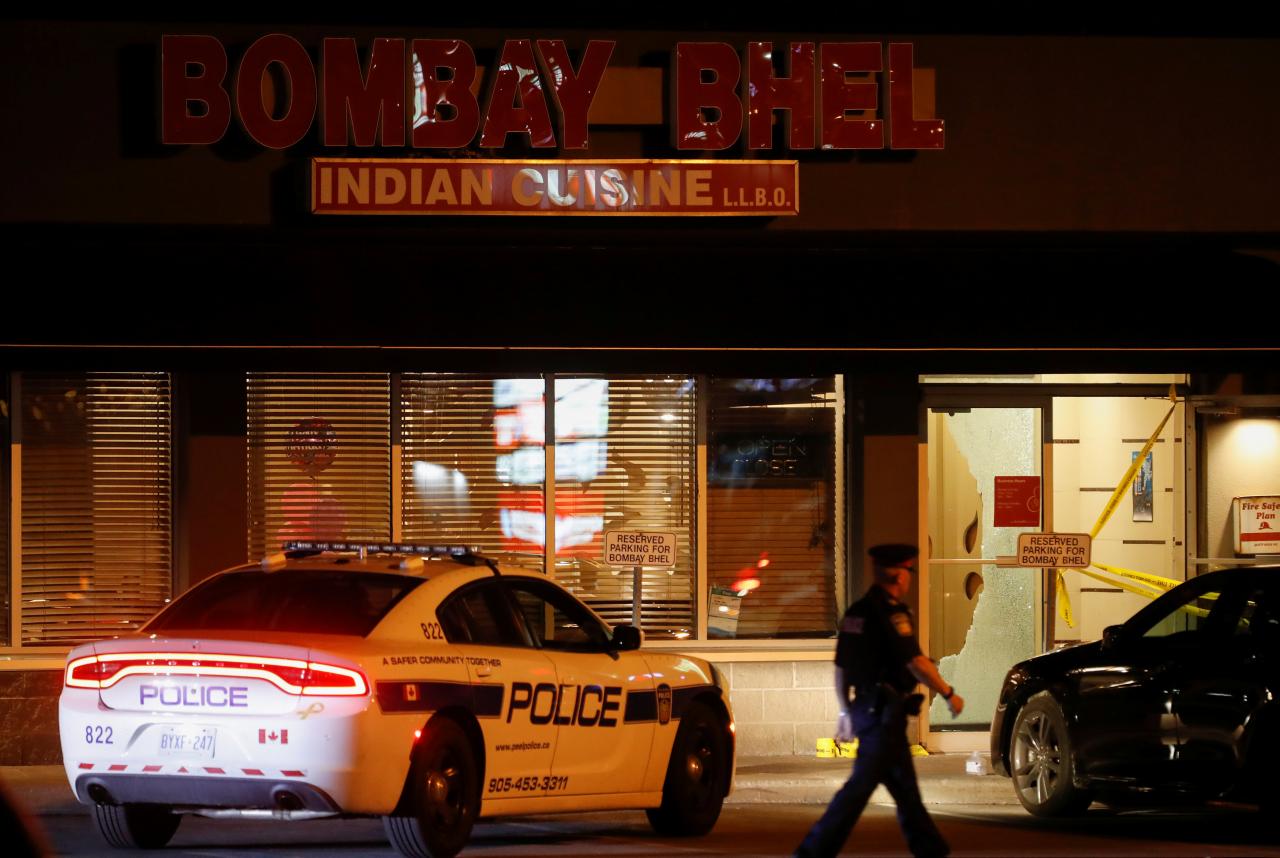 TORONTO, Canada, May 25: Two unidentified men walked into a restaurant on Thursday in the Canadian city of Mississauga and set off a bomb, wounding more than a dozen people, and then fleeing, local police said.

The blast went off in the Bombay Bhel restaurant at about 10:30 p.m local time. Fifteen people were taken to hospital, three of them with critical injuries, the Peel Regional Paramedic Service said in a Tweet.

The two male suspects fled after detonating their improvised explosive device, Peel Regional Police said in a Tweet. No one has claimed responsibility, and the motive for the attack was not known.

Police posted a photograph on Twitter showing two people with dark zip-up hoodies walking into an establishment. One appeared to be carrying an object.

Roads in the area were closed and a large police presence was at the scene, with heavily armed tactical officers arriving as part of the large emergency response, local media reported.

The attack in Mississauga comes a month after a driver plowed his white Ryder rental van into a lunch-hour crowd in Toronto, killing 10 people and injuring 15 .

Mississauga is Canada’s sixth-largest city, with a population of 700,000 people, situated on Lake Ontario about 20 miles (32 km) west of Toronto.

Bomb goes off in Land Revenue Office in Siraha

JHAPA, Nov 28: An improvised explosive device went off near the house of Nepali Congress leader and candidate of Jhapa-3... Read More...