Two men behind the turnaround of Rastriya Banijya Bank 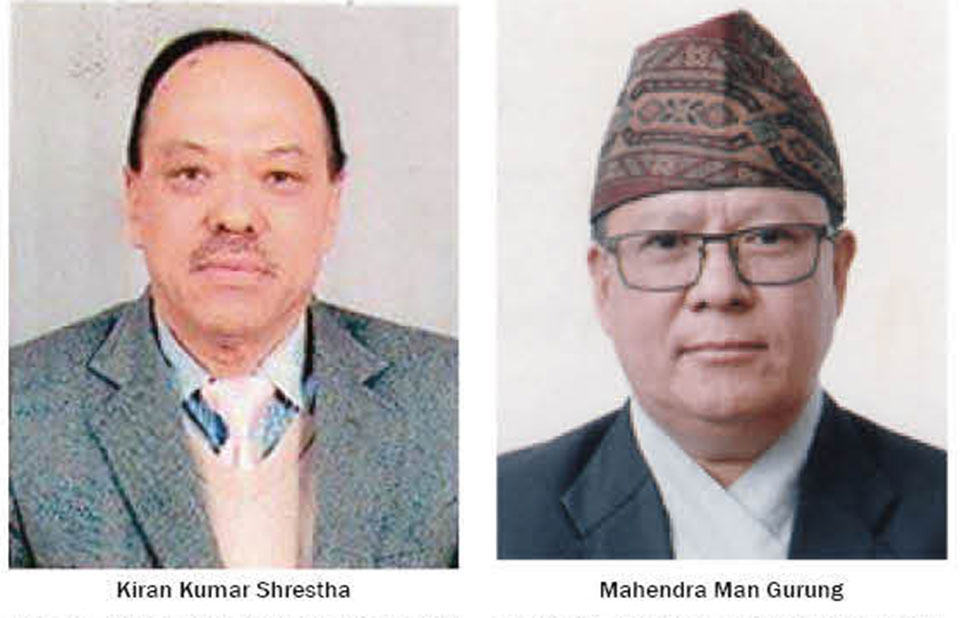 The bank earned Rs 5.33 billion last year, up from Rs 3.81 billion in the previous year. The profit topped the target of Rs 4 billion.

The turnaround of the bank is largely attributed to efficient management.

The RBB under the management of chief executive officer Kiran Kumar Shrestha, who has been in the banking sector for over three decades, successfully found its way out of the financial mess it was entangled in. Shrestha joined the bank in 2016.

"The bank increased its operational efficiency because of which we were able to increase the transaction volume," shared Shrestha. The bank claims to have used available resources including loanable fund in the Fiscal Year 2018/19.

The improved management has been complemented by the bank's chairperson Mahendra Man Gurung, who is a government secretary serving in the Ministry of Communication and Information Technology.

Gurung, on his part, has contributed toward changing people's attitude toward the bank, after his appointment in 2018.

The bank was recuperating well with regard to the financials and management for the past few years, but as it scored remarkable profit last year, it earned a highpoint.

Despite limitations of the bank that its competitor private banks are free of, the RBB has been able to take the government's law, policies and staff together on the journey of prosperity.

"We came up with an idea to consolidate technology, good governance, aggressive marketing, improvement in the internal system, and maximum usage of technology while delivering services to our clients," said Gurung.

"We have made efforts toward creating smart and clean banking, maintaining low non-performing assets, collecting bad debts, and making the banking process easy. We will continue these efforts further," he added.

He believes that these efforts have had positive impact, resulting in visible outcomes in the first quarter last year.

One among 28 commercial banks in the country, the bank, being one of the oldest banks of the country, has some challenges to face as people nowadays want swift and technology-based services. The bank acknowledges the fact that there have been some shortcomings, but claims it has been improving and is equipping itself with necessary strategies to fill the void.

"Despite being a government bank, we want to establish the RBB as a sustainable profit-making bank and want to implement our plan to properly benefit our shareholders," Gurung stated. "If we can address the concerns of clients, be it depositors or loan withdrawers, we can grow further because our market network is good."

The bank has not 'sensed any threat' from other commercial banks, claiming that it has reestablished itself as a strong bank. The bank has been launching new packages and approaching clients with updated trends of the banking sector. The RBB management is determined to create an environment to sustain its recently earned status of the highest profit maker in the field.

When the bank was established in 1966, it did not have to face much competition as there were only two banks in the country. But now with the growing number of banks and their extended services, it feels the need to upgrade. The bank says it has been focusing on creating positive and contemporary changes to keep up with the market. According to the bank, the average age of RBB staffer is 35 years, and it is honing their skills to assure excellent service delivery in the days to come.

The bank that was previously dependent on government deposits, has diversified its products to attract clients of all kinds from different sectors.

"The bank should consider providing its clients with higher interest rates and upgrade the existing technologies," CEO Shrestha told Republica, adding: "The public perception toward government banks needs to change. We can effect such change by making our services more market- and customer-oriented.”

The bank has introduced a slogan of 'Clean and Smart RBB with Consolidation' for the current fiscal year. "We will work toward making the slogan a reality," Gurung clarified. The bank is providing its services through 223 branches and 205 ATMs across the country. It is planning to launch 14 new branches on Wednesday in different parts of the country.

"We are present in all seven provinces and 77 districts of Nepal," Shrestha further added. "The government's priority is our priority and we are determined to work hard to acquire the desired result."