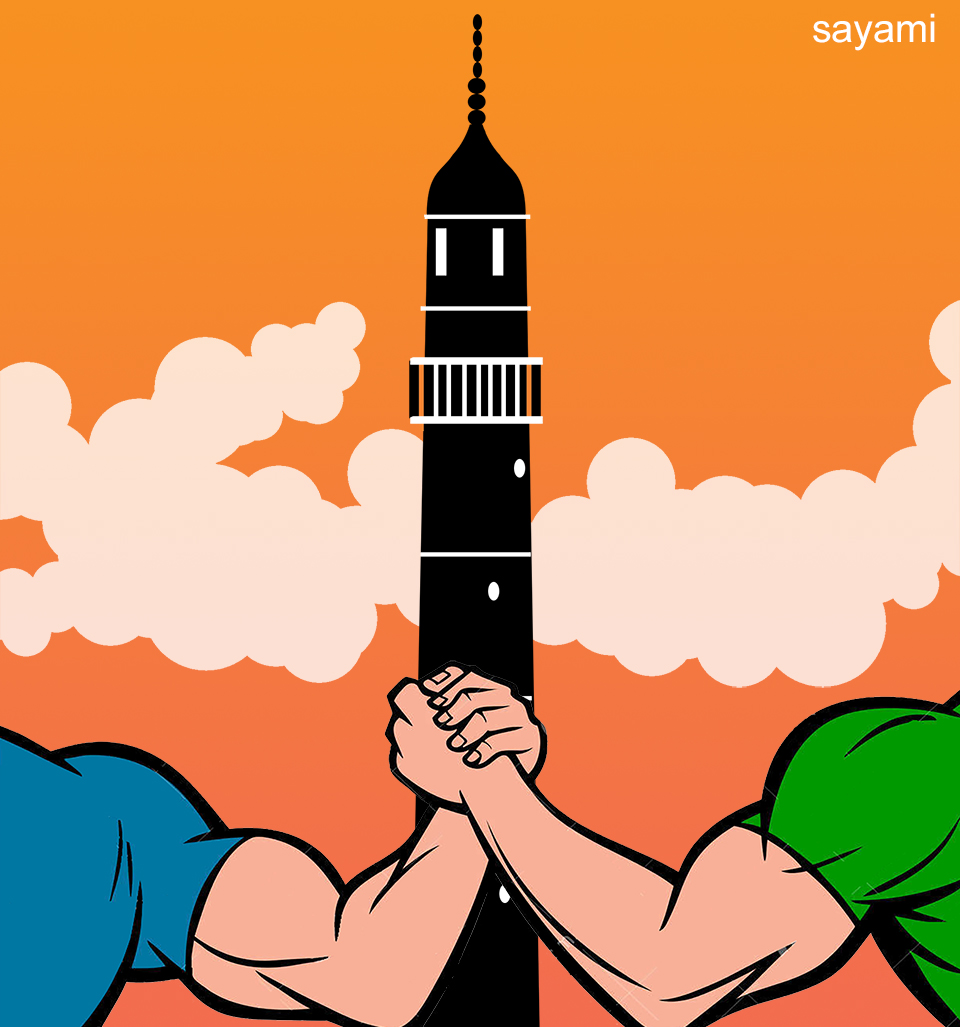 Dharahara area shops were torn down in May to start reconstruction of the historical tower.

KATHMANDU, July 12: Two groups of civil contractor companies are in a huge tussle to win a contract for rebuilding Dharahara. The  tussle between a joint venture of Kalika Construction Pvt Ltd and Rasuwa Construction Company on one hand  and Raman Construction Pvt Ltd on the other surfaced at the Office of Prime Minister and Council of Ministers, Tuesday.

A few hours before the scheduled opening of financial proposals for selecting from five shortlisted contractors for rebuilding the landmark monument, the JV of Kalika/ Rasuwa filed a complaint at OPMCM, questioning the authenticity of experience and qualifications submitted by Chinese firms with whom the other bidders have partnered to meet turnover criteria.  The reconstruction project is of around Rs 4 billion.
Kalika’s owner is former minister Bikram Pandey and lawmaker Mohan Acharya owns Rasuwa Construction.
The JV duo has sought the examination of official seals, authenticity of bank guarantees, balance sheets and related work experience of the Chinese firms, which are generally brought in only for the purpose of bid submission.

All of the shortlisted firms including Kalika and Rasuwa have used the documents and experience records of Chinese bidders.

Upon receiving the complaint letter, OPMCM forwarded it to the National Reconstruction Authority, asking for stopping the process of opening the financial proposals and for launching investigations.

NRA had already put  the opening of financial proposals on hold before Raman filed the application.
Raju Mandandhar, joint secretary at NRA, informed that the entire process of awarding the contract has been put on hold and NRA has formed a committee to start investigations.

According to construction sector insiders, the issue is one of collusion versus fair competition.
These two sides have clashed unexpectedly. They were always in the same group of half a dozen contractors for landing mega projects, according to at least three private contractors and a government official who have direct knowledge of the matter.

Raman walked out of the group and applied on its own, in competition with the others who are alleged to have engaged in collusion. 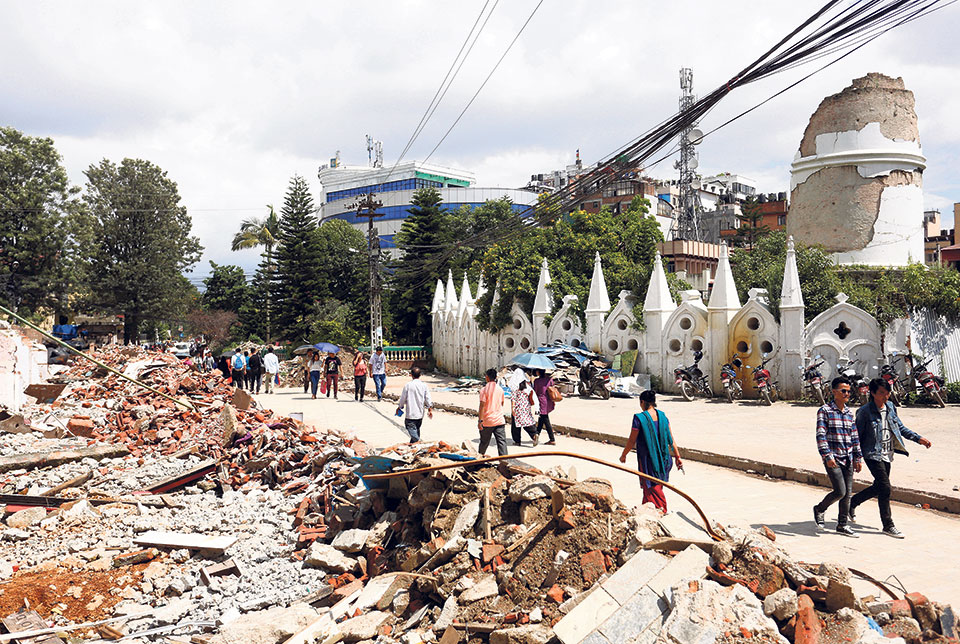 Pawan Mahato, promoter of Raman Construction group, said, “The complaints registered at OPMCM are to stop us from getting the contract.” Mahato also said they were offered financial inducements by Rasuwa Construction to not submit a bid.

Six bidders had applied for the contract and five of them are technically qualified. They are the joint ventures of ZEIC-Lama Construction (owner is Jip Chhering Lama); CR5CEF-Swachhanda Nirman Sewa (promoted by Jayaram Lamichhane); and CFEC and Kumar (owned by Prem Shrestha).

After the bids were shortlisted, Ram Sharan Deuja, general secretary of the Federation of Contractors Association Nepal, accused the big contractors of unsound motives.  In a Facebook message last week, Deuja wrote, “They have only targeted to win the contract but they have no concern for rebuilding.”

“The contract document for the monument reconstruction was designed to fit only a handful of contractors as the required work experience  included completion of one building project with double basement with a minimum value of Rs 3.13 billion,” said a civil contractor seeking anonymity.

The contractor also said that the practice of collusion has continued even under the current government which had claimed that it is out to stop such practices. In January, two weeks before assuming the post of prime minister, KP Oli had accused the Deuba government of supporting  ‘cartels’ in construction contracts and awarding public contracts to a few big contractors.

The general public has already collected Rs 240 billion in cash and Nepal Telecom has committed Rs 1 billion for rebuilding the monument. The new design for the tower is 22 stories in place of the previous nine.

KATHMANDU, May 27: Small and medium-size civil contractors have accused the big contractors of tarnishing the image of the sector by... Read More...