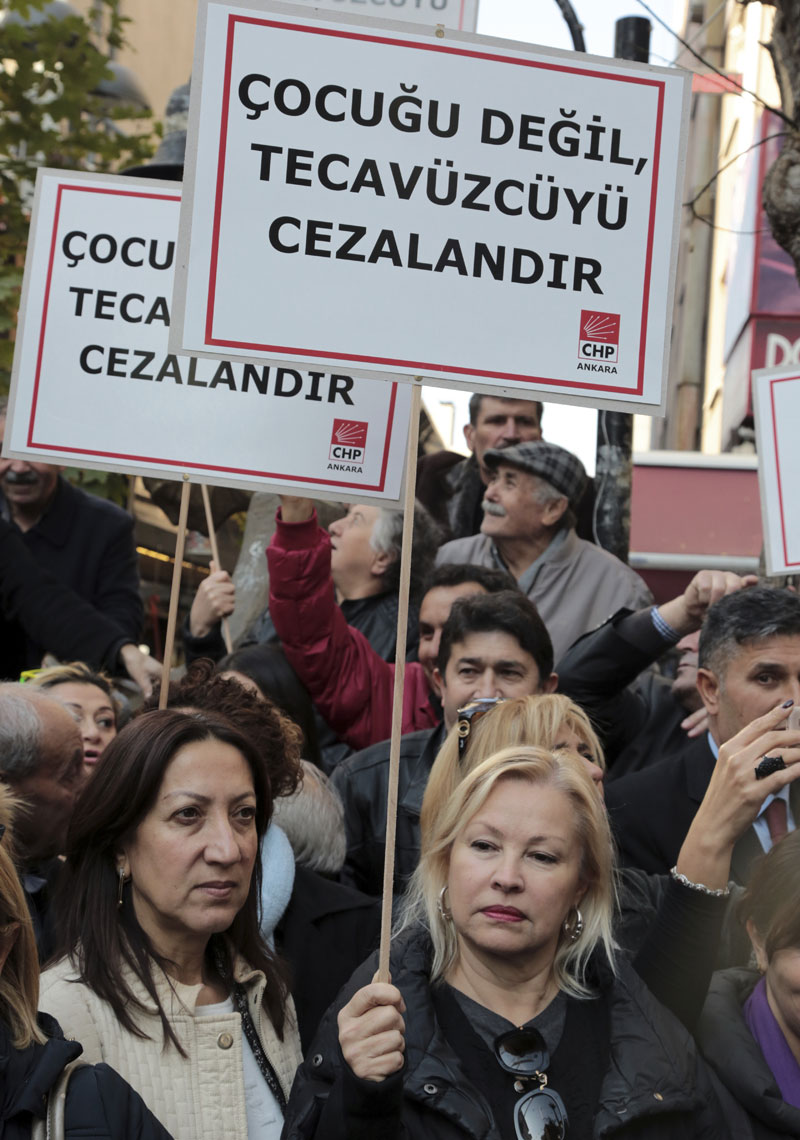 The proposal, which was scheduled to undergo a final vote on Tuesday, would have deferred sentencing or punishment for sexual assault in cases where there was no physical force and where the victim and perpetrator were married. The government said it would now submit the proposal for review to a parliamentary committee.

The age of consent in Turkey is 18, although courts permit civil marriages for people as young as 16. Many younger people are married in Islamic ceremonies.

The government has argued of the need to redress "unfair treatment" of families where fathers were placed in jail for marrying girls under the age of 18 even if both parties and their parents consented.

Opponents argued that the bill amounted to a pardon for statutory rape if the perpetrator was married to his victim and would disrupt efforts to prevent child marriages and sexual assault on children. They maintained that it would, for example legitimize the practice of men taking brides as young as 13 or 14.

Hours before the vote, Prime Minister Binali Yildirim told reporters the government was pulling back the proposal from the floor and would ask an all-party commission on family affairs to review it.

His comments came after President Recep Tayyip Erdogan told the state-run Anadolu Agency late on Monday that a broad consensus on the issue should be sought.

"Due to a lack of full public consensus, our president's call for a broad consensus and to allow opposition parties to develop their own proposals, we are taking this proposal which is in parliament to the commission," Yildirim said. "This problem will certainly be solved after being discussed in detail, with all parties' views being taken into account."

United Nations agencies, including the children's fund UNICEF, issued a joint statement on Monday warning that the proposal "would weaken the country's ability to combat sexual abuse and child marriages."

The government had insisted it was committed to fighting child marriages but said the one-time measure was needed to help some 3,800 families where underage marriages had occurred according to customs.

"We cannot ignore this (problem)," Yildirim said. "There are 3,800 cases and thousands of children . The children are paying the price of their parents' mistakes."

ROLPA, July 25: In the past, marriage used to be a sacred bond for lifetime. But these days, this seems nothing... Read More...

KATHMANDU, April 11: The government has withdrawn the constitution amendment bill from Parliament to replace it with the new one. Read More...