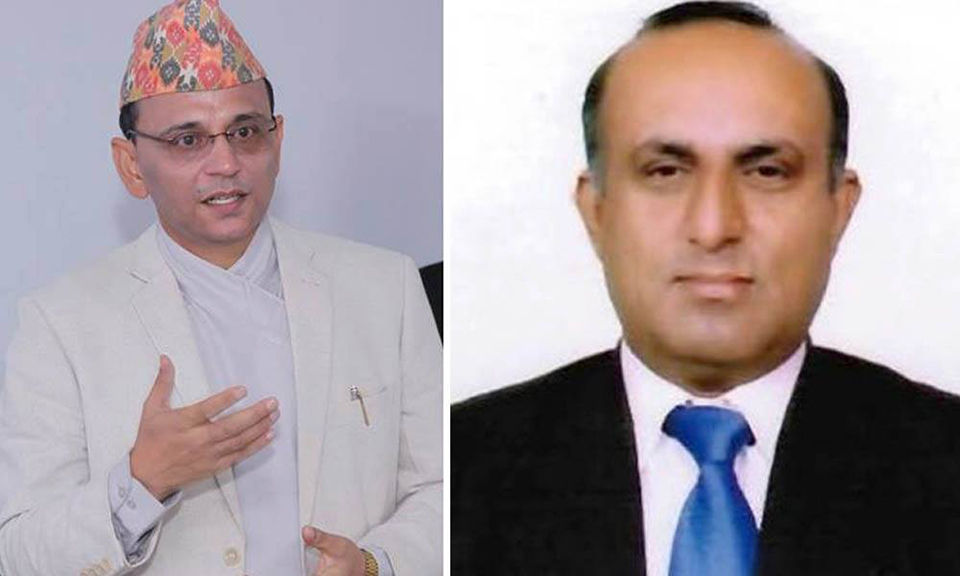 A bench comprising judges Baburam Regmi, Dwarikaman Joshi and Ratna Bahadur Bagchand ordered the officials to deposit the bail amount after a hearing on whether they should be sent to judicial custody.

However, both of them were sent to Dillibazar-based jail after failing to deposit the demanded amount as bail.

The Commission for the Investigation of Abuse of Authority (CIAA) had dragged Mahat and Dhakal along with suspended chief of Inland Revenue Department, Chudamani Sharma to the Special Court on charge of waiving taxes of both individuals and companies including those whose cases were sub judice at the court.

Sharma was arrested on June 2 on charge of waiving taxes while fixing the tax liabilities of large industrial entities. However, the Supreme Court, on August 11, ordered the police administration to release Sharma arguing that taking a corruption-accused into judicial custody was against the constitutionally ensured personal freedoms and that the bail amount set for Sharma ‘was unnatural’. The CIAA had sought Rs 3 billion in bail amount from the corruption-accused tax official.

The anti-corruption watchdog in its charge sheet had claimed that Rs 10.02 billion be recovered from each accused.  This is the biggest ever corruption scandal in terms of amount misused by the public officials.

ITAHARI, July 4: Of those arrested on the charge of possessing fake certificates, three fake doctors were released on bail... Read More...