Trump proposes mutual removal of all tariffs in trade with EU 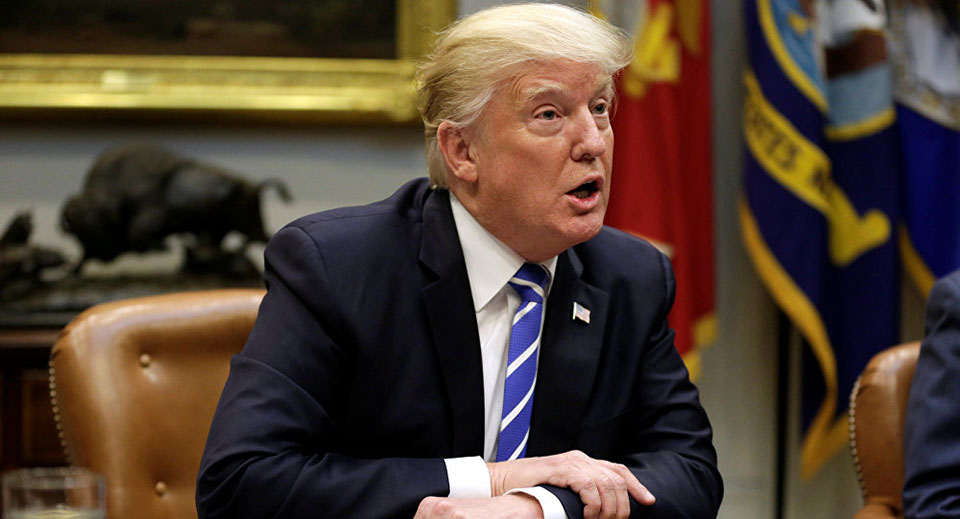 WASHINGTON, July 25: US President Donald Trump has proposed a mutual cancellation of "all tariffs, barriers and subsidies" in trade with the European Union in order to provide for a "fair trade."

"The European Union is coming to Washington tomorrow to negotiate a deal on Trade. I have an idea for them. Both the U.S. and the E.U. drop all Tariffs, Barriers and Subsidies! That would finally be called Free Market and Fair Trade! Hope they do it, we are ready — but they won’t!" Trump said on Twitter on Tuesday.

US House Speaker Paul Ryan in a press conference on Tuesday said that he hopes current trade tensions between the United States and the European Union results in a mutual reduction of barriers to commerce.

EU-US trade relations have been tense since Trump imposed high tariffs on steel and aluminium imports in June. The European Union imposed its own barriers on US goods after Trump lifted the EU's exemption from those tariffs.

During his presidential campaign, Trump promised to change the country’s trade policies by resorting to protectionism. After his inauguration, Trump started to fulfil his promises by withdrawing the United States from the Trans-Pacific Partnership (TPP), renegotiating the North American Free Trade Agreement (NAFTA) and imposing additional tariffs on its trade partners.