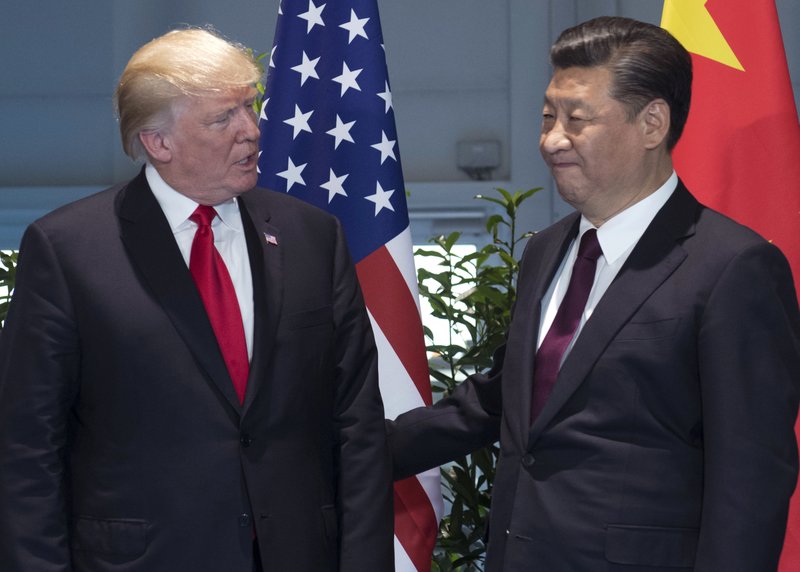 BEDMINSTER, August 13: Even as he seeks Beijing’s help on North Korea, President Donald Trump plans to sign an executive order asking his trade office to consider investigating China for the alleged theft of American technology and intellectual property, an administration official said Saturday.

That step is expected Monday but won’t come as a surprise to the Beijing government. There is no deadline for deciding if any investigation is necessary. Such an investigation easily could last a year.

In a phone call Friday, Trump praised Chinese President Xi Jinping for backing the recent U.N. vote to impose tougher sanctions on North Korea, and the leaders reaffirmed their commitment to a nuclear-free Korean Peninsula. But Trump also told Xi about the move toward a possible inquiry into China’s trade practices, according to two U.S. officials familiar with that conversation. They were not authorized to publicly discuss the private call and spoke on condition of anonymity.

Trump’s action amounts to a request that his trade representative determine whether an investigation is needed under the Trade Act of 1974. If an investigation begins, the U.S. government could seek remedies either through the World Trade Organization or outside of it.

China’s foreign and commerce ministries did not immediately respond to faxed requests for comment Sunday.

While Beijing has promised to open more industries to foreign companies, it also has issued new rules on electric car manufacturing, data security, internet censorship and other fields.

Trump, who is on a working vacation at his New Jersey golf club, said Friday that he planned to be in Washington on Monday “for a very important meeting’” and “we’re going to have a pretty big press conference.” It was not immediately clear whether he was talking about trade was the subject.

The administration official who confirmed that Trump would sign the order contended it was unrelated to the showdown with North Korea. The official spoke on condition of anonymity to discuss the order before Trump’s formal announcement.

As the crisis has unfolded, Trump has alternated praising China for its help and chiding it for not ratcheting up pressure on its Asian neighbor.

Trump has escalated his harsh criticism of North Korea for days, tweeting Friday that the U.S. had military options “locked and loaded.” Xi, in his phone conversation with Trump, urged calm.

“At present, relevant parties should exercise restraint and avoid words and actions that would escalate tensions on the Korean Peninsula,” Xi said, according to the statement provided by China’s government.

Trump, in the past, has tied trade policy to national security. In April, he said he wouldn’t label China a currency manipulator, in return for help in dealing with North Korea. This past week, Trump said he could soften his views on trade if China stepped up its assistance, leading to speculation that the investigation could be a negotiating tactic.

The forced sharing of intellectual property with Chinese firms has been a long-standing concern of the U.S. business community.

A 2013 report by a commission co-chaired by Jon Huntsman, ambassador to China under President Barack Obama and Trump’s nominee to be Russian envoy, pegged the losses from US intellectual property theft at hundreds of billions of dollars annually that cost the U.S. economy millions of jobs.

Trump has requested similar inquiries on trade, but the reports haven’t been delivered on deadline. Trump made addressing the U.S. trade deficit with China a centerpiece of his campaign last year and has suggested raising tariffs on goods from China.

At the end of March, Trump asked the Commerce Department to prepare a report on the causes of the trade deficit, country by country and product by product, in 90 days. The report has yet to be released.

Similarly, the president also asked for a review about whether steel and aluminum imports were jeopardizing national security. Commerce Secretary Wilbur Ross had hoped to finish the review by June, but parts of it remain in the final stages of interagency review.

Universities should focus on producing manpower that can compete internationally: Prime Minister
58 minutes ago