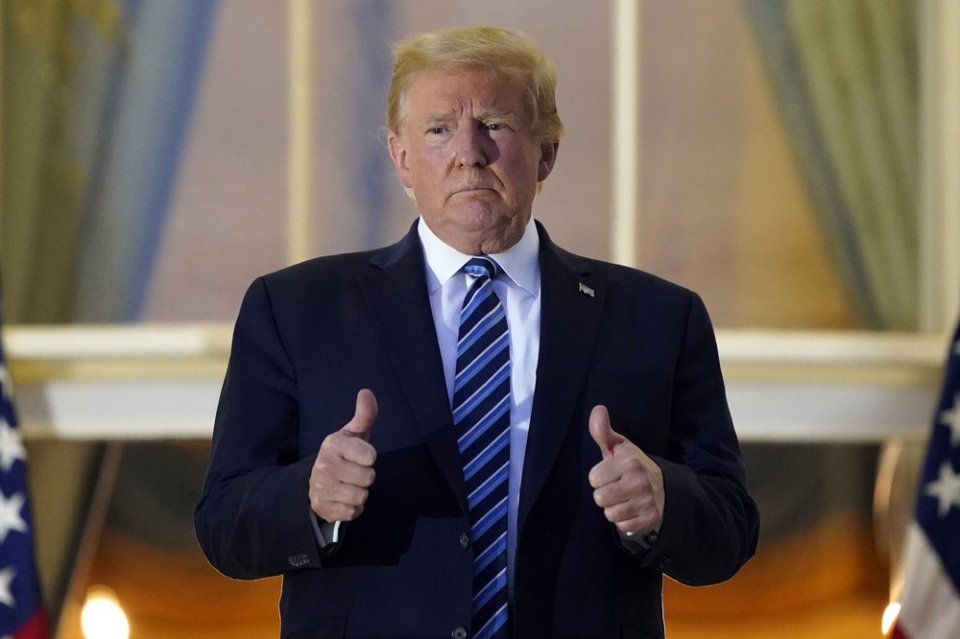 WASHINGTON, Oct 10:President Donald Trump plans his first steps toward resuming in-person election campaigning on Saturday when he delivers remarks to supporters at the White House, aiming to show he has beaten the coronavirus and is back in the fray.

Trump has been sidelined for more than week since his COVID-19 diagnosis during a critical juncture in campaigning for the Nov. 3 election. Opinion polls show Democratic nominee Joe Biden leading Trump by a significant margin nationally, but more narrowly in some of the battleground states that may determine the outcome.

The president has yet to be certified as virus-free by his medical team, but he was cleared to resume public engagements as of Saturday. He is expected to make remarks around a “law and order” theme from a White House balcony to a crowd of hundreds on the lawn below.

On Monday, Trump plans a campaign rally in central Florida, a must-win state for his hopes of a second term.

Questions remain about whether Trump, who announced on Oct. 2 he had the virus and spent three nights in a military hospital, is still contagious.

In an appearance on Fox News on Friday evening, Trump said he was tested again for the virus but did not disclose the result. He also said he had stopped taking medications to combat COVID-19. “I feel really strong,” Trump said.

Trump and his administration have faced criticism for their handling of the pandemic, as well as for a lax approach to mask-wearing and social distancing in the White House and - in recent days - confusing messages about how ill the president has been.

Biden sharply criticized Trump’s decision to resume campaigning. “Good luck. I wouldn’t show up unless you have a mask and can distance,” he told reporters in Paradise, Nevada.

A source familiar with the planning for the White House event said attendees were all expected to wear masks. People at the Florida rally will be given a temperature check, masks that they will be encouraged to wear and access to hand sanitizer, the campaign said.

Biden will travel on Saturday to the city of Erie in northwestern Pennsylvania, a state that Trump narrowly took over Democrat Hillary Clinton in the 2016 election.

Former Democratic President Barack Obama won the county in the two elections beforehand and Biden, who was Obama’s vice president, has made the region a top priority.

A Reuters/Ipsos opinion poll released earlier this week showed Biden with a five-point edge over Trump in Pennsylvania. The poll also had Biden with a 10-point lead nationwide.

Senator Elizabeth Warren, who battled Biden for the Democratic nomination, will campaign on his behalf on Saturday in another swing state – New Hampshire. Warren is popular with young progressive voters, some of whom have expressed skepticism toward Biden.

Trump and Biden will campaign next week without having to prepare for a debate.

The Commission on Presidential Debates scratched the contest set for Oct. 15 after Trump said he would not participate. The commission had shifted the face-to-face debate to a virtual one after his illness. The final debate, set for Oct. 22, will go ahead as planned.

WASHINGTON, July 22: President Donald Trump warned on Tuesday that the “nasty horrible’” coronavirus will get worse in the U.S.... Read More...