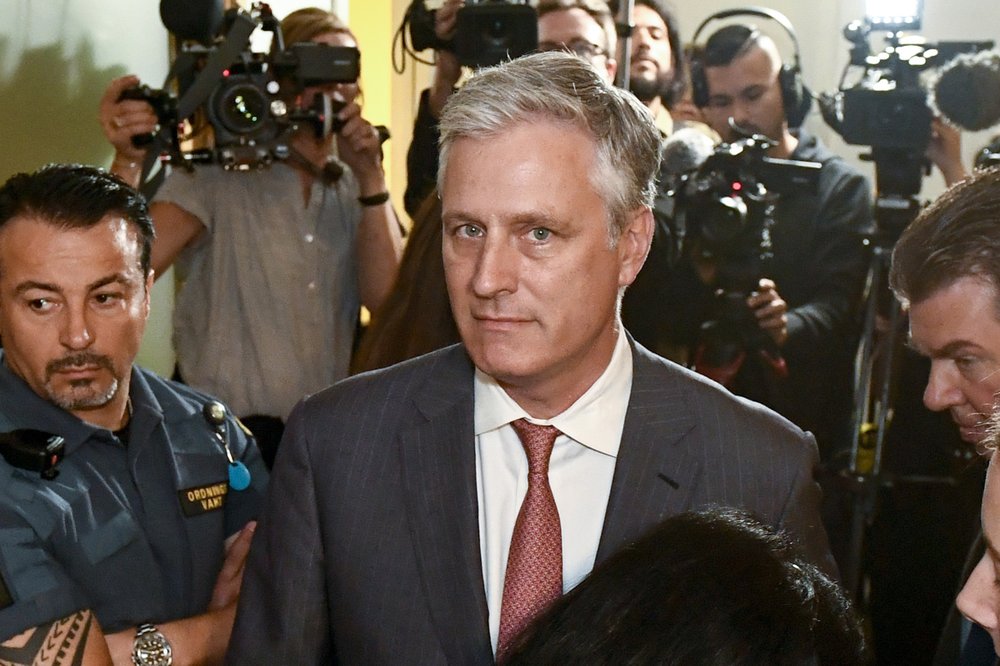 FILE - In this July 30, 2019, file photo, Robert O'Brien, U.S. Special Envoy Ambassador, arrives at the district court where U.S. rapper A$AP Rocky is to appear on charges of assault, in Stockholm, Sweden. President Donald Trump says he plans to name O'Brien to be his new national security adviser. (Erik Simander/TT via AP)

Trump tweeted the announcement from California, while on the third and final day of a West Coast fundraising swing.

“I am pleased to announce that I will name Robert C. O’Brien, currently serving as the very successful Special Presidential Envoy for Hostage Affairs at the State Department, as our new National Security Advisor,” Trump said. “I have worked long & hard with Robert. He will do a great job!”

As the special presidential envoy for hostage affairs at the State Department, O’Brien worked closely with the families of American hostages and advised administration officials on hostage issues. He previously helped lead the department’s public-private partnership for justice reform in Afghanistan during the Bush and Obama administrations.

From 2008 through 2011, O’Brien was a presidentially appointed member of a government committee that advises on issues related to the trafficking of antiquities and other cultural items. In 2005, President George W. Bush nominated O’Brien to be U.S. Representative to the U.N. General Assembly, where he worked with Bolton. O’Brien was confirmed by the Senate.

He also was an adviser on the Republican presidential campaigns of former Gov. Scott Walker of Wisconsin, former Gov. Mitt Romney of Massachusetts and Sen. Ted Cruz of Texas.

Earlier in his career, O’Brien was a senior legal officer for the U.N. Security Council commission that decided claims against Iraq that arose from the Gulf War. He was a major in the U.S. Army Reserve.

O’Brien has a law degree from the University of California-Berkeley and co-founded a law firm in Los Angeles focused on litigation and international arbitration issues.

Trump vs the world _ G-20 summit stumbles on trade, climate

PM Oli's remarks on Ayodhya not linked to any political subject and have no intention at all to hurt anyone’s sentiments: Foreign Ministry
42 minutes ago