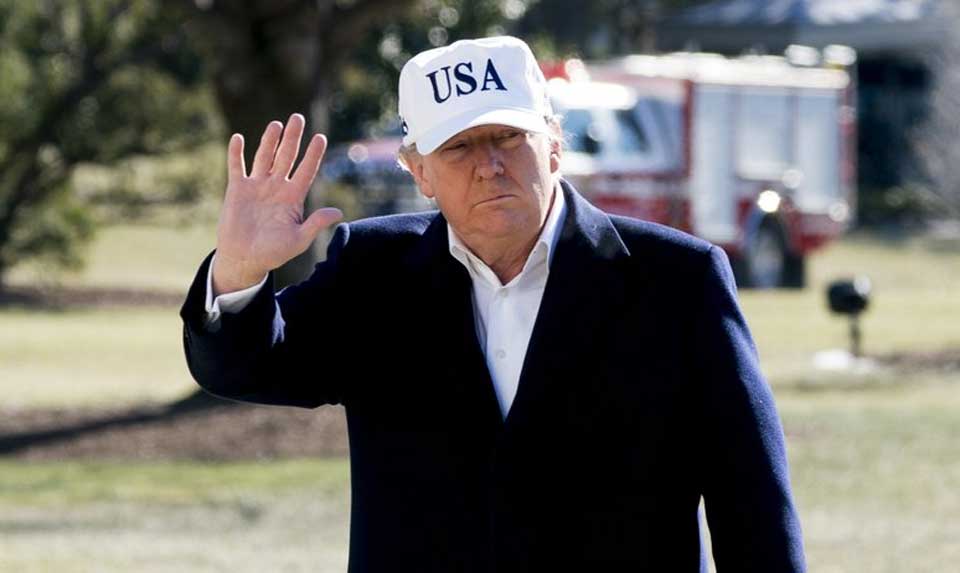 WASHINGTON, Jan 8: Trump administration officials and allies are rallying to the president’s defense, trying to contain the fallout from an explosive new book that questions Trump’s fitness for office.

Chief policy adviser Stephen Miller, in a combative appearance Sunday described the book as “nothing but a pile of trash through and through.” CIA Director Mike Pompeo said Trump was “completely fit” to lead the country.

“These are from people who just have not accepted the fact that President Trump is the United States president and I’m sorry for them in that,” Pompeo, who gives Trump his regular intelligence briefings, said on “Fox News Sunday.”

Nikki Haley, the U.S. ambassador to the United Nations, said she visits the White House once a week, and “no one questions the stability of the president.”

Michael Wolff’s “Fire and Fury: Inside the Trump White House” portrays the 45th president as a leader who doesn’t understand the weight of his office and whose competence is questioned by aides.  That picture, said Miller, “is so contrary to reality, to the experience of those who work with him.”

Miller also criticized Trump’s former chief strategist, Steve Bannon, who is quoted at length by Wolff, saying it was “tragic and unfortunate” that Bannon “would make these grotesque comments so out of touch with reality and obviously so vindictive.”

Bannon’s description of a June 2016 meeting at Trump Tower in New York between Donald Trump Jr., Trump campaign aides and a Russian lawyer as “treasonous” and “unpatriotic” particularly infuriated Trump, who released a seething statement accusing Bannon of having “lost his mind.”

Trying to heal the damage and make amends, Bannon released a statement Sunday praising Trump Jr. as “both a patriot and a good man” and insisting his description was aimed at former Trump campaign chairman Paul Manafort, not Trump’s son.

“I regret that my delay in responding to the inaccurate reporting regarding Don Jr has diverted attention from the president’s historical accomplishments in the first year of his presidency,” Bannon said in the statement, which was first obtained by the news site Axios.

Miller’s interview on CNN’s “State of the Union” quickly grew heated, with Miller criticizing CNN’s coverage and moderator Jake Tapper accusing Miller of speaking to an audience of one: his boss. Tapper abruptly ended the interview, saying: “I think I’ve wasted enough of my viewers’ time.”

Trump took the extraordinary step Saturday of using Twitter to defend his fitness for office, insisting he is “like, really smart” and, indeed, a “very stable genius.” He pressed the case again on Sunday as he prepared to depart Camp David, where he spent the weekend meeting with Republican congressional leaders, top aides and Cabinet members.

“I’ve had to put up with the Fake News from the first day I announced that I would be running for President. Now I have to put up with a Fake Book, written by a totally discredited author,” he tweeted.

On Sunday, two days after the book’s release, WikiLeaks tweeted a link to an electronic image of the text. Posting the text of a book without permission would violate copyright restrictions and potentially damage sales. Yet, hours after WikiLeaks tweeted the link, “Fire and Fury” remained No. 1 on Amazon’s lists of hardcover and ebook bestsellers.

Oli, Nepal at capital’s Marriott Hotel for second round of one-on-one
9 hours ago

Govt’s directive has led to a semi-lockdown situation, lament tourism entrepreneurs
12 hours ago

Central govt recommended to provide Rs 152.51 billion in fiscal equalization grants to provincial and local govts for next FY
18 hours ago

84% youth suffering from anxiety due to COVID-19: Survey
3 hours ago

Nepal thrash Malaysia by 69 runs, will take on the Netherlands in final
8 hours ago

Oli, Nepal at capital’s Marriott Hotel for second round of one-on-one
9 hours ago