NFL owners speak out in support of players, against Trump 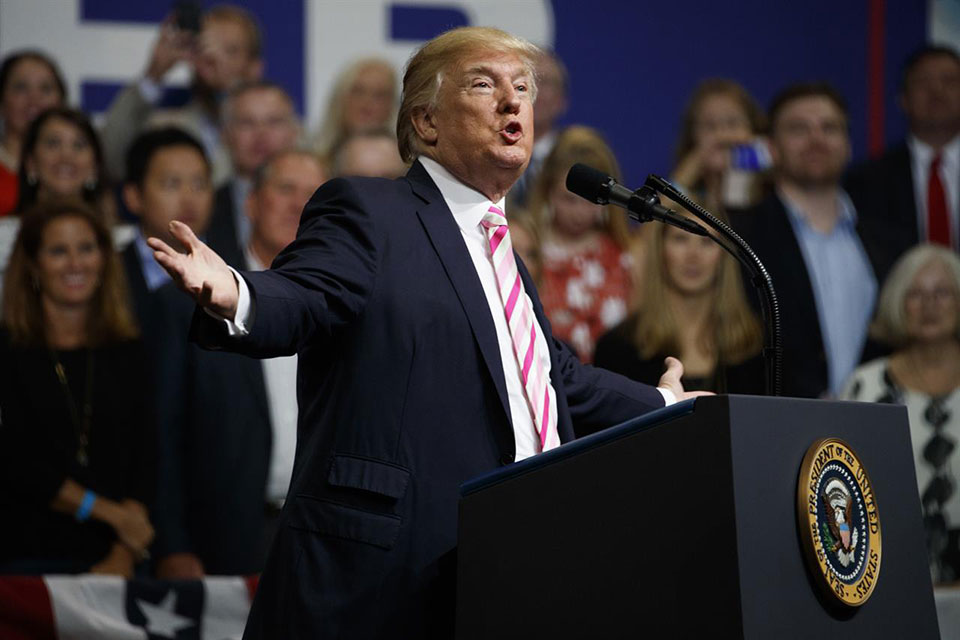 The NFL’s players and owners are frequently at odds over the issues, finances and rules of the game, a long-running feud that looms large toward another potential work stoppage after the 2020 season.

The two sides in the nation’s most popular professional sports league united on Saturday in a manner unseen in years, sounding a resolute chord in decrying President Donald Trump’s remarks about players kneeling during the national anthem.

“Wouldn’t you love to see one of these NFL owners, when somebody disrespects our flag, you’d say, ‘Get that son of a bitch off the field right now. Out! He’s fired,’” Trump said to loud applause Friday night at a rally in Huntsville, Alabama, comments he echoed a day later in a series of tweets.

Quarterback Colin Kaepernick started the movement last year when he played for the San Francisco 49ers, refusing to stand during “The Star-Spangled Banner” to protest the treatment of black people by police. Kaepernick became a free agent and has not been signed by a new team for this season.

Without naming Kaepernick, Trump aimed his talk at those players who have knelt for the anthem.

The Buffalo Bills were bothered enough by the situation to hold a voluntary team meeting on Saturday, with players, coaches, staff and ownership all taking part.

“Our goal was to provide open dialogue and communication. We listened to one another. We believe it’s the best way to work through any issue we are facing, on and off the field,” owners Terry and Kim Pegula said in a statement distributed by the Bills . “President Trump’s remarks were divisive and disrespectful to the entire NFL community, but we tried to use them as an opportunity to further unify our team and our organization. Our players have the freedom to express themselves in a respectful and thoughtful manner and we all agreed that our sole message is to provide and to promote an environment that is focused on love and equality.”

“The NFL and our players are at our best when we help create a sense of unity in our country and our culture. There is no better example than the amazing response from our clubs and players to the terrible natural disasters we’ve experienced over the last month,” Goodell said. “Divisive comments like these demonstrate an unfortunate lack of respect for the NFL, our great game and all of our players, and a failure to understand the overwhelming force for good our clubs and players represent in our communities.”

“The callous and offensive comments made by the president are contradictory to what this great country stands for,” York said. “Our players have exercised their rights as United States citizens in order to spark conversation and action to address social injustice. We will continue to support them in their peaceful pursuit of positive change in our country and around the world.”

Added Green Bay Packers President and CEO Mark Murphy: “We believe it is important to support any of our players who choose to peacefully express themselves with the hope of change for good. As Americans, we are fortunate to be able to speak openly and freely.”

This weekend’s games were sure to bring more protests, with Tampa Bay receiver Desean Jackson promising to make “a statement.”

“I know our players who kneeled for the anthem, and these are smart young men of character who want to make our world a better place for everyone,” Ross said. “They wanted to start a conversation and are making a difference in our community, including working with law enforcement to bring people together. We all can benefit from learning, listening and respecting each other.”