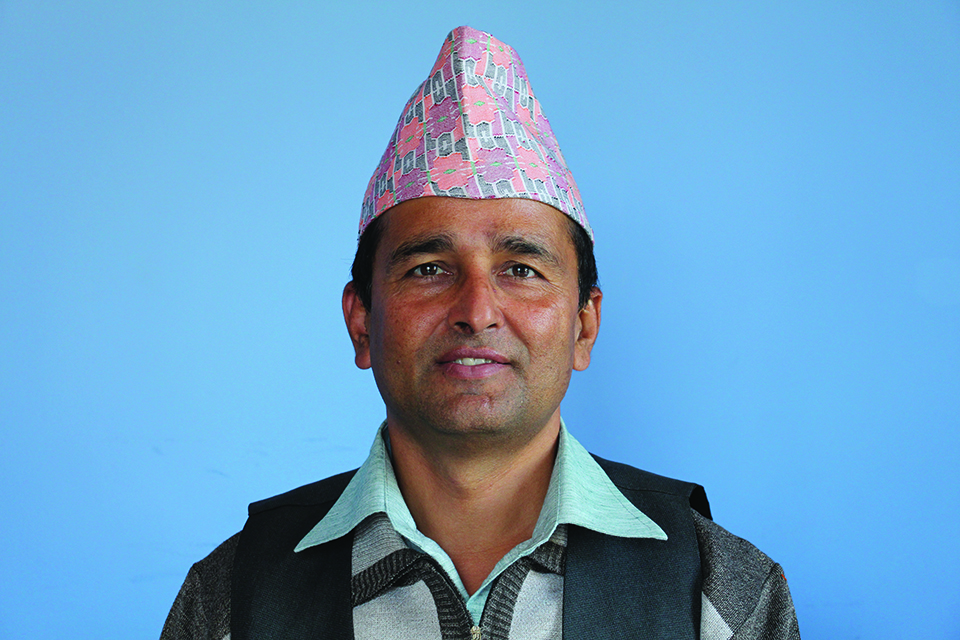 The author is the Associate Vice President, Strategy and Program Quality at Search for Common Ground
news@myrepublica.com

Bhola changed people’s lives. Thousands of kids were able to return to homes after fighting the war

I used to love going to Singha Durbar with Bhola. Whenever he entered Kathmandu’s sweeping parliamentary square where the Prime Minister’s office and the government ministries are housed, he glowed and smiled like a man who knew his way around. He had friends on every corner, would greet everyone—from security guard to minister—with a gentle and enthusiastic “Namaste,” hands quickly pressed together and held high.

The last time I went there with him was in May of this year when we met with the newly appointed Inspector General of Nepal Police with whom Bhola was working. He sat with me calmly, eager and delighted with the meeting, sure in his engagement with this important man. The respect IG showed to Bhola was familiar; I had heard it every time I met with a Secretary or Joint Secretary at ministries across Singha Durbar. “You have made the perfect hire,” I was told when he joined our team. “You couldn’t have done better than Bhola sir,” others said.

Last week, we lost Dr Bhola Prasad Dahal. In the prime of his career and on a business trip to the United States, he passed away, leaving all of us who knew him with a hole in our lives and a legacy to uphold. Bhola and I had worked closely together at Search for Common Ground over the past two years where he was the Country Director in our Nepal office and I was the Asia Regional Director.

I first met Bhola long ago, in 2006 just as Nepal’s ten-year civil war was ending. I had just moved there to be part of the team which set up Search’s offices there, and Bhola was working for Save the Children Norway as their program director. It was an exciting and important time. King Gyanendra had been brought down by a people’s movement, and the Maoist rebels had signed a ceasefire with the government, opening up the promise of a peace agreement. Both our organizations were part of a working group which had formed under UNICEF’s auspices to reintegrate the 11,000 child soldiers who had been part of the war. Bhola was a keen leader in the group; his voice rang passionately as he fought for children’s rights and authoritatively as we lay out a strategy for the complex reintegration program. My wife, Sweta Shah, was also part of the group as she worked for International Rescue Committee on their child soldiers’ program. She and I had high regard for Bhola. He was always so kind to us, supportive and willing to teach us.

I knew him as a child rights activist. He had been one of the key drivers behind the Schools as Zones of Peace and Children as Zones of Peace campaigns which had been so effective in Nepal during the war. But in the years after he joined Search, I learned that Bhola had a long list of accomplishments. He had spent years working for the Nepal Red Cross, had expertise in education and governance, and had earned two master’s degrees and a PhD in Development Studies where he had written his dissertation on child participation. He spent several years working for the Finnish Embassy and then the Norwegian Embassy as a governance advisor. He had a distinguished career full of accomplishments and high regard.

But most importantly, he changed people’s lives. Thousands of children were able to return to their homes after fighting the war, many thousands more were never recruited to fight in the first place. Hundreds of thousands of children had better access to quality education. Nepal’s governance strengthened steadily. In his years at Search, he oversaw programming which strengthened relationships between marginalized communities and the police and the production of the well-loved TV drama, Singha Durbar, which channeled Bhola’s expertise and portrayed the kind of collaborative governance everyone wishes for, reaching millions of people. It is not an exaggeration to say that Bhola left his mark on his country in a way that all of us who do this kind of work wish we could. None of that compared with the love he had for his family. He spoke of his children and their families all the time. Our regular update calls would often start with family updates. I had the pleasure of going to his home and meeting everyone, and I could see that nothing he had done in his professional life gave him more pride than what he had done in his own family.

Bhola was from the small village of Bijulikot VDC in Ramechhap district—a remote place in the hills east of Kathmandu. Bhola always loved to tell me stories of his childhood, walking long distances to school and what life was like in the picturesque foothills of the Himalayas. It was a tough life in many ways, and yet Bhola was able to overcome the obstacles of poverty and build an exceptional life for himself. He understood his work in a visceral way, whether he was creating chances for kids to go to school or creating opportunities for the most marginalized and oppressed to participate in their government or seeking an end to violent conflict. It was personal to him and his commitment flowed to all of us who knew him.

The work that we do at Search is at once very tough and uplifting. Together, we take on some of the most difficult, intractable and often painful challenges in the societies we work in. We dig in and seek ways to bring people together across yawning divides. This work bonds us in powerful ways where we align around our purpose in this world, and so our connections to one another run deep. Thus my connection to Bhola runs deep and the connection he shared with other Searchers in Nepal and all over the world runs deep.

Bhola lived his life crossing the boundaries that had been set up for him, traveling to every corner of Nepal to meet and listen to people and find ways to work with them.

Bhola could have done many things with his life, and he chose a life of service to his country and to its children. He reached out to cross political, caste, and ethnic lines with ease. He carried on his own shoulders the enormous challenge of bringing democracy to life in his landlocked country, understanding that it was his burden to bear. He had a keen intellect and he wielded it to improve the country he loved so much. He was a father, husband, mentor, thinker, activist, peace-builder and friend. I feel so lucky to have walked with him for a brief moment on his journey.

The author is the Associate Vice President, Strategy and Program Quality at Search for Common Ground