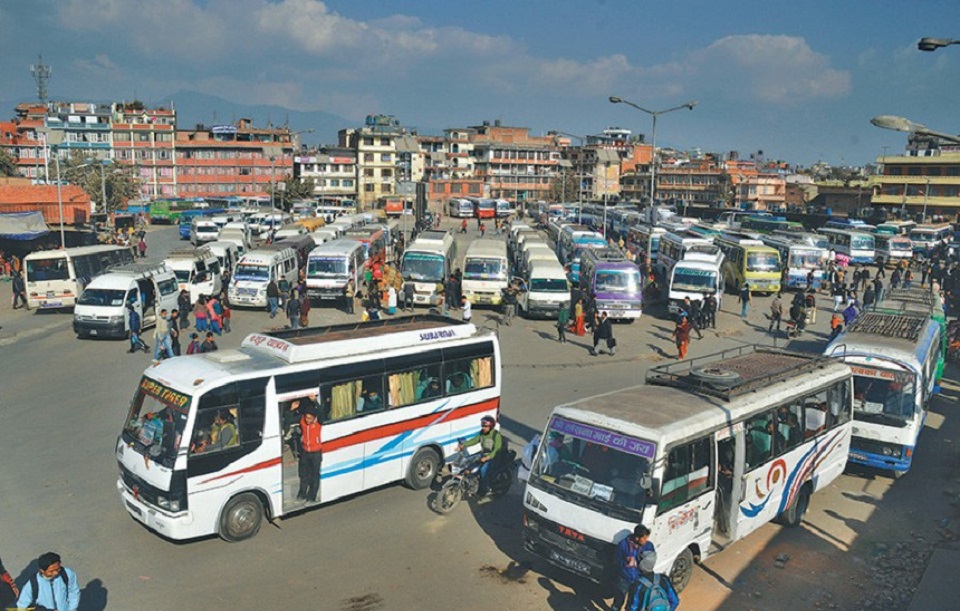 KATHMANDU, Sept 10: Transport entrepreneurs have announced their plans to resume the operation of long-distance public transport service from into operation September 17 even as the government has not made any decision to lift the restriction.

Citing huge economic loss, the transport entrepreneurs have warned the government of operating the vehicles.

Under the leadership of the Federation of Nepalese National Transport Entrepreneurs, the representatives of Transport Workers Associations have drawn the attention of Director General of Department of Transport Management, Gogan Bahadur Hamal about the decision.

The Transport Entrepreneurs have directed the government to adopt alternative measures of lockdown and allow the vehicles to operate following health safety guidelines.

Transport Business, especially the passenger transport business, is one of the hardest-hit sectors by the ongoing COVID-19 pandemic. More than 1,100,000 transport workers have lost employment as the transport sector remained shut for the past six months.

The government has however allowed passenger vehicles to ply the roads on an odd-even basis from Thursday, easing the three-week lockdown enforced in the Kathmandu Valley to some extent.

BANEPA, June 2: The transport committees of Kavre district which were registered under Associations Registration Act 2034 BS (1977) have... Read More...