Trade deficit declines but at a slower pace 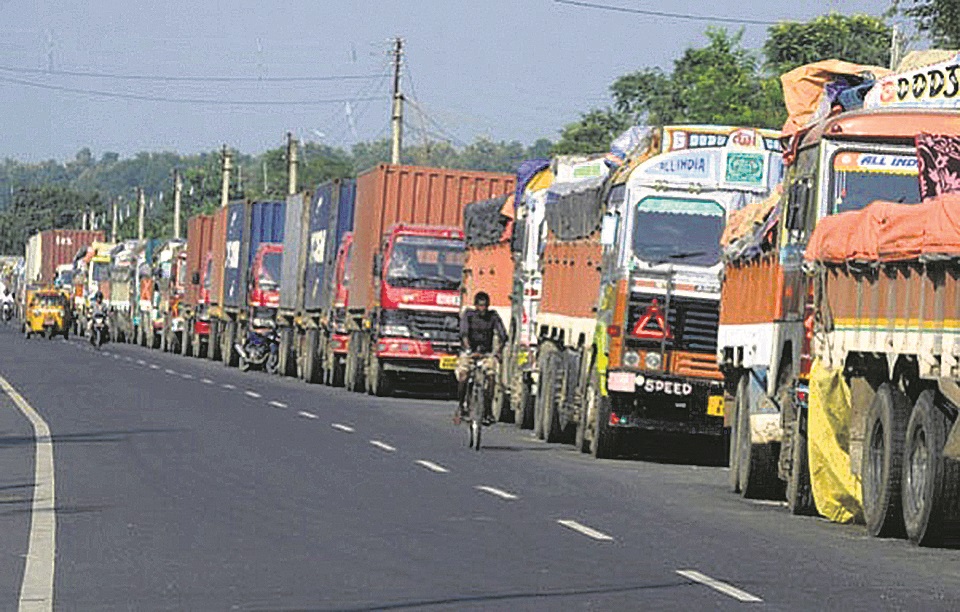 KATHMANDU, March 24: Nepal's trade deficit in the first eight months of the current fiscal year reached Rs 849.33 billion, a decline of 4.34% compared to the same period in the last fiscal year.

According to the Department of Customs, the country's export earnings grew by 22.35% to Rs 74.90 billion during mid-July and mid-March. The import expense on the other hand shrank by nominal 2.62% to Rs 924.24 billion.

With an improvement in trade balance, the import to export ratio has also declined to 12.3:1, which means that Nepal spends Rs 12.30 for import for every export worth Re 1. During the same period last year, the ratio was 15.5:1.

Nepal exported goods worth Rs 52.27 billion to India, almost 70% of the total export earnings during the period. Likewise, the total import expenses made to the southern neighbor stood at Rs 566.67 billion, which is 61% of the total import volume. Over the period, the trade deficit with India has fallen to Rs 514.39 billion from Rs 574.02 billion.

As per the officials of the Ministry of Industry, Commerce and Supplies, the government's revision in the rate of export incentives, simplification of the banking procedures to receive the incentives and extension in the basket of exportable goods for the incentives have played role in boosting the country's export earnings.

The officials said that, fall in imports was due to the government policy to reducing imports through both the tariff and non-tariff measures.

The department's statistics shows that the imports during one month of mid-February and mid-March rose by more than Rs 12 billion, which has been attributed to the increased demand for essential goods on the backdrop of fear from the impact of COVID-19. The imports from China had been disrupted for almost around two months with the outspread of the disease.

However, imports from other destination countries were in place, just before the government about a week ago, prohibited imports from eight countries including China, Spain, Italy, Germany, France, Iran, South Korea and Japan, which are among the most affected countries by the coronavirus.

How do we achieve sustainable agriculture growth?