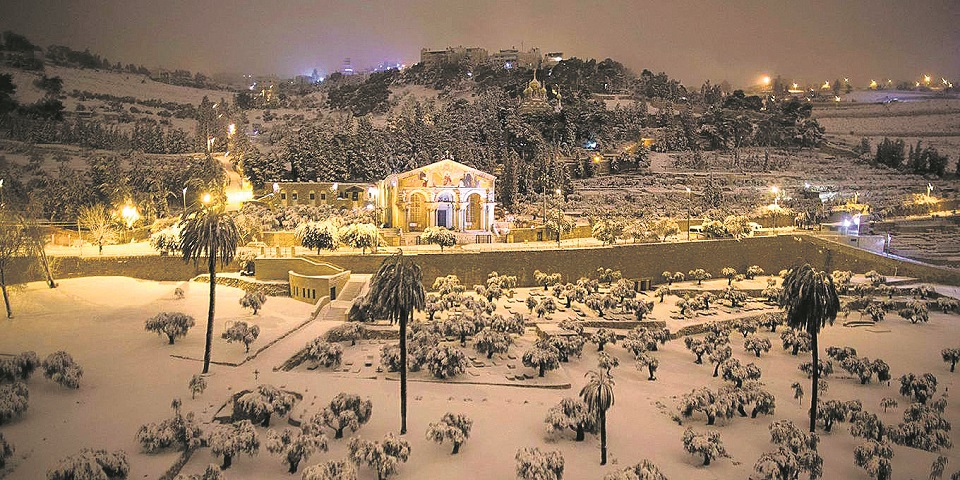 Rula Maayah is Minister of Tourism and Antiquities for Palestine
news@myrepublica.com

Palestine’s religious landmarks attract increasing numbers of religious tourists from all over the world each year. In addition to Bethlehem’s Church of the Nativity, Palestine is home to the Church of the Holy Sepulcher and Al-Aqsa Mosque in Jerusalem, as well as the Ibrahimi Mosque in nearby Hebron.

Already, hotel reservations for 2020 signal even bigger numbers of tourists than we have seen before, which would be recognition of all the hard work that has been done in this crucial area. The government of Palestine has been taking steps to augment the traditional religious pilgrimages with new forms of tourism, including environmental and alternative tourism to marginalized areas, especially those communities threatened by Israel’s settlement program and the building of the wall in the West Bank. Palestinians in those frontline locations cherish the politically minded tourists who come to show support and solidarity.

The growth in the number of tourists coming to Palestine is inevitably putting pressure on our many heritage sites. Pilgrims visiting the Church of the Nativity have had to wait more than three hours for access to the Nativity Grotto. This has prompted us to step up efforts to coordinate with all the relevant church and civil institutions to extend the opening hours and make visiting easier. An unprecedented extension of three hours has been agreed to, while we have also instituted an electronic reservation system to allow tour companies to reserve visitation times so as to lower waiting times and allow tourists to engage not only with the Christian historical sites, but the living sites of the many Christians and Muslims who reside side-by-side in Bethlehem and the other Palestinian towns.

But while every effort is being made to ease travel to the holy places, the Israeli authorities continue to restrict the movement of Palestinians. This year, the small Christian population in Gaza has been partly barred from visiting Bethlehem. And residents of Bethlehem itself are unable to visit nearby Jerusalem unless they obtain the often hard-to-get Israeli permit.

Meanwhile, Israeli settlements encircle Bethlehem and have stunted any chance of development and growth of the city and its surrounding district. Currently, there are 22 illegal Israeli settlements established on Bethlehem land. And in the district of Bethlehem, Israel has confiscated around 22,000 dunums of land (about 22 square kilometers), effectively turning the town into an open-air prison.

Very close to Bethlehem’s church is the town of Beit Sahour, which literally translates as “those watching at night”—a reference to the biblical field where, the Bible tells us, shepherds were guarding their flocks when the angels descended from heaven to herald the miraculous virgin birth and bring a message of hope and peace. Today, more than ever, we Palestinians yearn for the fulfillment of that message, which began with the soothing words, “Do not be afraid. I bring you good news that will cause great joy for all the people,” and concluded with the universally repeated call that has been memorialized in Christmas carols sung around the world: “Glory to God in the highest, and on earth peace.”

With Christmas wishes from Bethlehem, we repeat this call to the entire world, praying that the arrival of more tourists to our beautiful land will help bring peace to this part of the earth.

Rula Maayah is Minister of Tourism and Antiquities for Palestine
© 2019, Project Syndicate
www.project-syndicate.org