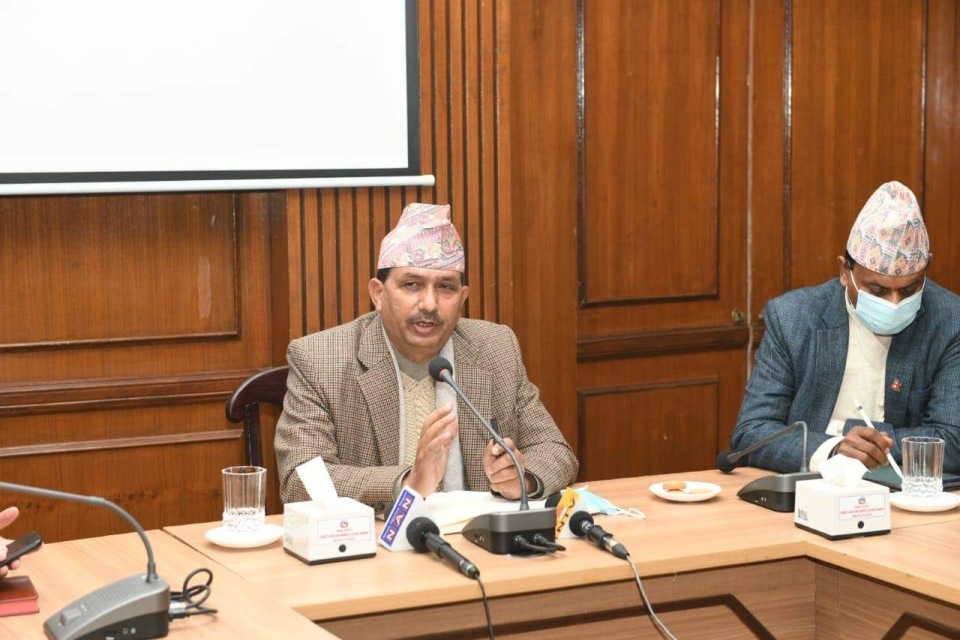 KATHMANDU, Jan 11: Minister for Culture, Tourism and Civil Aviation, Bhanubhakta Dhakal has urged tourism entrepreneurs to resolve their problems through dialogue. He said that it is not necessary to put pressure on the government by agitating for the work that can be done through the implementation of policies and rules.

Talking to tourism-related private sector stakeholders at the ministry on Sunday, Minister Dhakal said that holding discussions would be enough to meet the legitimate demands. In response to tourism-related organizations’ proposition of agitation in case their demands were not met, he told the representatives that it was not necessary. “While others are already on the streets protesting, tourism entrepreneurs should not talk about joining the movement now,” he said, “If there is an issue that can be resolved through discussion, it will be resolved through dialogue. But if the issue is unresolvable, then it will not be resolved even if you take to the streets.”

He said that he will take the lead in fulfilling the entrepreneurs’ legitimate demands to the best of his ability.

He also said that the state would do its utmost to resolve the problems of the tourism business. Minister Dhakal said that no one would be discriminated against on the basis of faith and loyalty. He said that he would do his best in coordination with everyone as much as possible.

Minister Dhakal said that he was ready to resolve the problems faced by the entrepreneurs if it was due to lack of attention from the government and the ministry.

He said that the policy should be discussed extensively and the opinion and advice of all stakeholders should be taken into consideration.