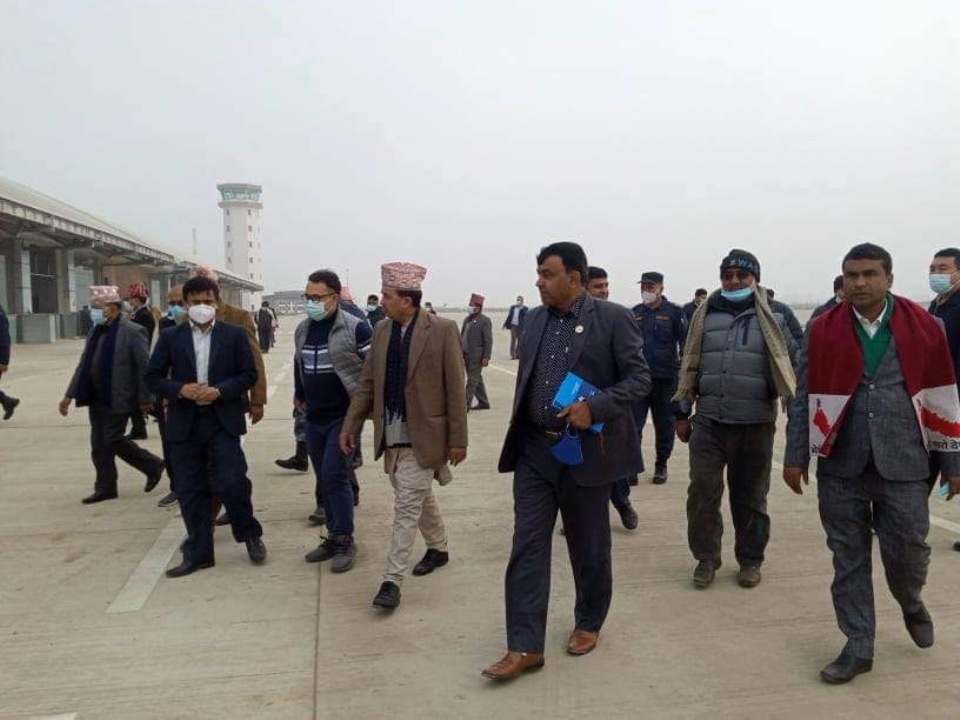 KATHMANDU, Jan 14: Minister for Culture, Tourism and Civil Aviation, Bhanubhakta Dhakal has directed the authorities concerned to complete the construction of the projects of national pride under the ministry within the stipulated time.

Inspecting various projects including Gautam Buddha International Airport (GBIA) and Lumbini Master Plan, Minister Dhakal on Wednesday said that there would be no shortage of budget and the government would leave no stones unturned to provide necessary support.

While inspecting various under-construction projects including GBIA and Lumbini Master Plan he directed the officials to complete the construction of the projects within their deadlines.

Minister Dhakal also inspected the Butwal International Conference Hall, Butwal-Belahiya Trade Road and said that delays and confusion in the construction work would no longer be acceptable.

Officials of the Lumbini Development Trust briefed the minister on the progress achieved in implementing the Lumbini Master Plan.

The minister reached the site with a team including technicians to better understand the work progress of the international airport.

“We are now in the final stage of the construction work so it is just an excuse to say that the international airport is delayed because of COVID-19,” said Minister Dhakal adding that the procrastination would not be accepted now.

He said that the government would coordinate in case of any problem and take immediate steps to resolve it. “Let’s work diligently from right now and not delay the projects anymore,” said Minister Dhakal.

Calibration flight to be carried out after improvement in weather: Minister Ale