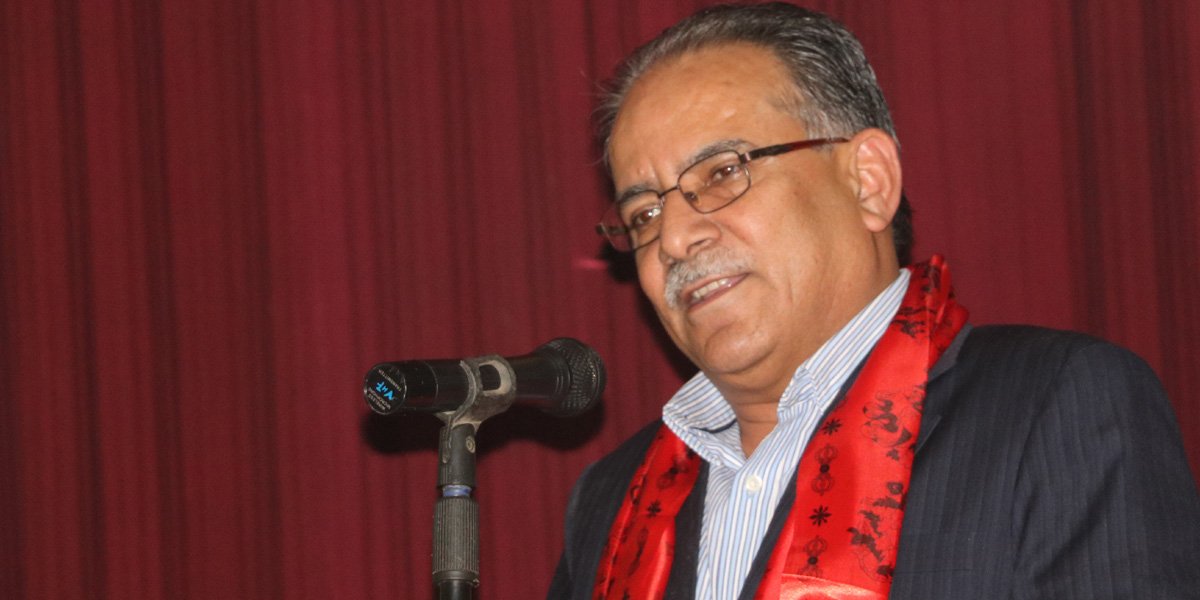 KATHMANDU, May 11: Arguing that some “invisible forces” within the country were involved in delaying completion of the Melamchi Drinking Water Project, ruling Nepal Communist Party (NCP) Chairman Pushpa Kamal Dahal has said that the top leadership of the party is mulling a intervention from a high level to break the stalemate .

Addressing a function organized by Kathmandu Upatyaka Khanepani Limited (KUKL) Employees Organization in the capital on Friday, Dahal said he and Prime Minister K P Sharma Oli would take necessary measures to bring Melamchi water at the earliest possible even if this requires their direct intervention.

“I myself and the prime minister also firmly believe that the Melamchi project should be expedited even if this requires intervention from the top leadership,” he said.

Dahal said some invisible forces within the country were trying to delay the project and it had become necessary make a strong intervention . He said they were determined to take all necessary measures.

Recalling that officials had told him it would take some two years to complete the project when he visited the site as prime minister some three years ago, Dahal said some people are saying it would even take another two years although major works related to the tunnel and water storage tanks had already been completed.

Uncertainty surrounds the project as the government agencies concerned have not taken any decision after the Italian contractors left in mid-December.

The project to divert 170 million liters of water per day to Kathmandu Valley was in the last stages of completion when its Italian contractor Cooperativa Muratori e Cementisti (CMC) di Ravenna walked away. Project officials say only about five percent of the work remains and it is estimated that this would take at least three more months .

The Ministry of Drinking Water and Sanitation, which oversees the project is headed by NCP leader Bina Magar, who is Dahal's daughter-in-law. Dahal's remark on expediting the project through political intervention comes in the wake criticism in various quarters that he had failed to take any appropriate initiative in this regard.

“There is no doubt over the eagerness of the prime minister and the line minister concerned to complete the project. But if we look at past experiences, it will be difficult to bring the water unless the government makes a strong move,” Dahal further said.

He complained that the Melamchi project was suffering from a chronic disease that could not be cured easily. “I do not know who is obstructing it. Tunnel construction is more or less complete. The development of necessary infrastructure at Sundarijal is in the final stage,” he said. “But people still say it will still take two more years. It is our own people who have obstructed it."

Making every effort to bring back Italian firm: Minister Magar

KATHMANDU: Minister for Water Supply Bina Magar has said that efforts are underway to bring back the Italian company to... Read More...