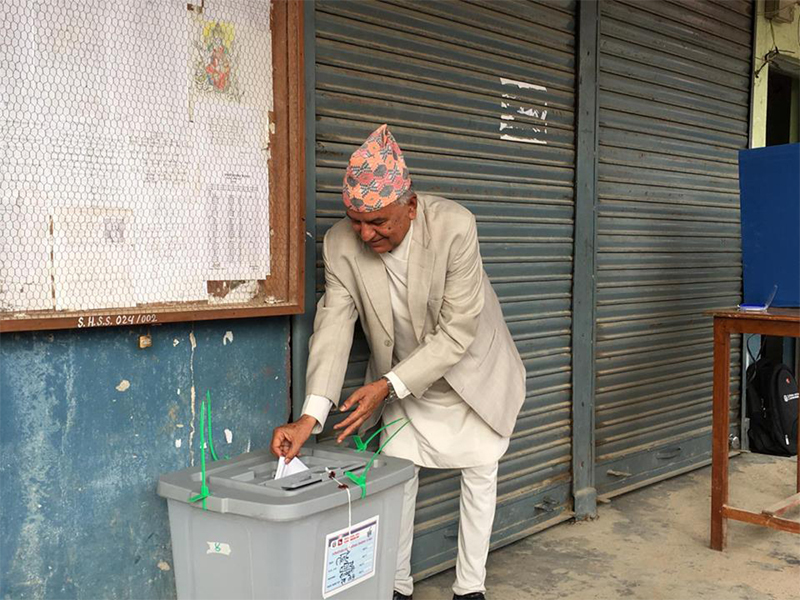 KATHMANDU, May 14: Some top leaders of various political parties have cast their votes and some others are in the process of casting their votes in their respective areas.

Dahal cast his vote in Chitwan, Paudel in Tanahu, Khadka in Surkhet , Thapa in Hetauda and Bijukchhe in Bhaktapur. 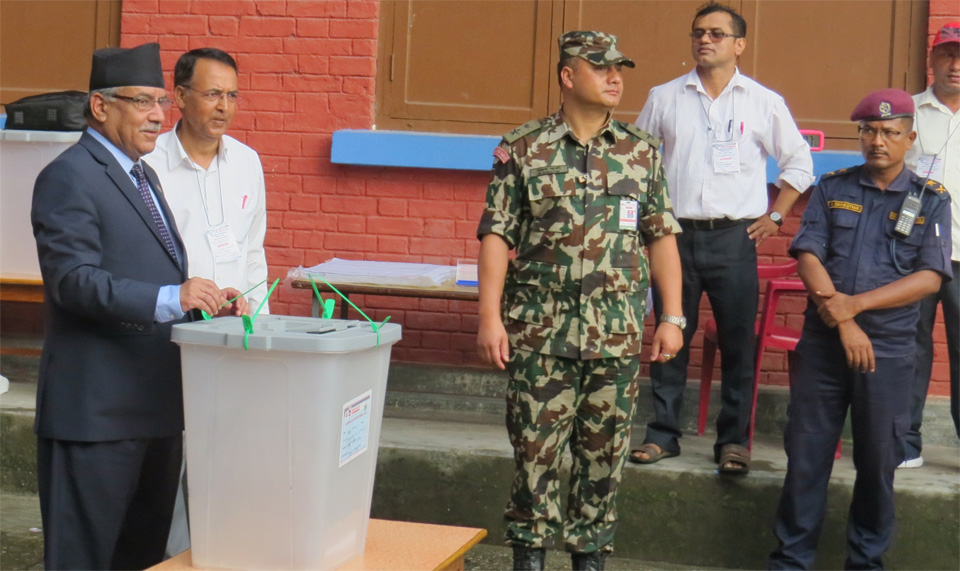 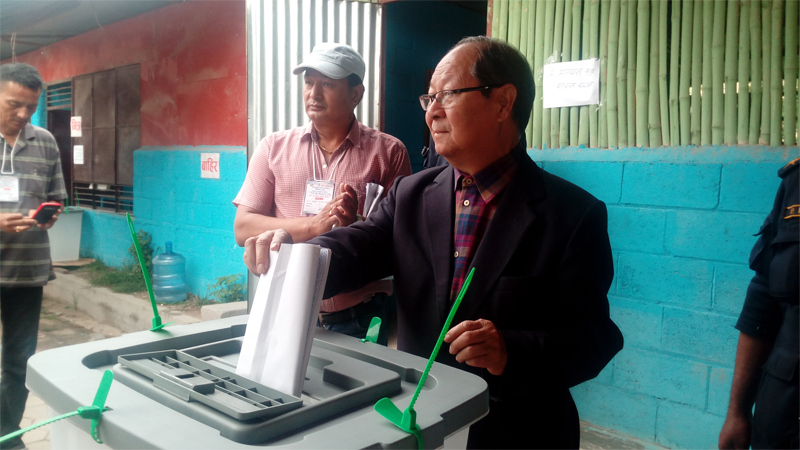 Top leaders of the major political parties participated in the first round of local level elections on Sunday. Like millions... Read More...

GORKHA, May 14: Two centenarians cast their votes to kick off the voting process in two polling stations today. ... Read More...

KATHMANDU, May 13: Former Acting Election Commissioner Dolakh Bahadur Gurung has pointed out some hassles with the distribution in the... Read More...