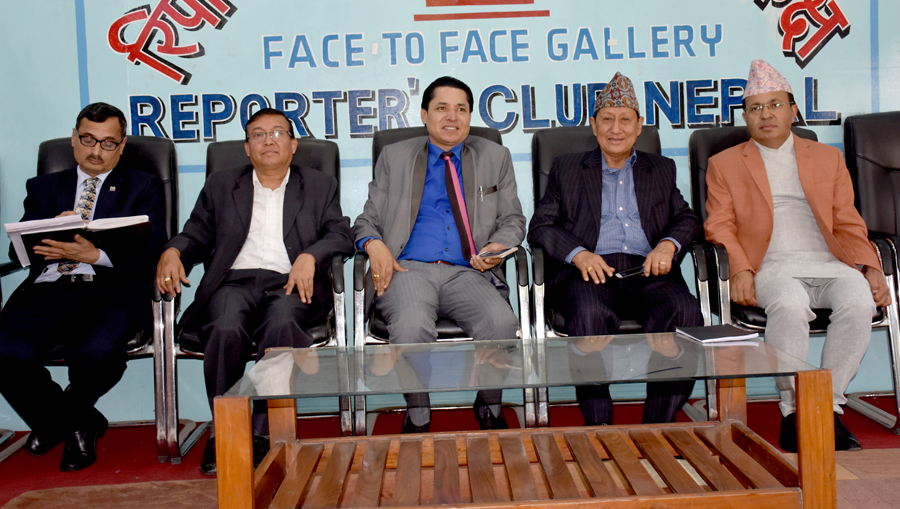 KATHMANDU, May 13: Former Acting Election Commissioner Dolakh Bahadur Gurung has pointed out some hassles with the distribution in the voter identity cards on Saturday.

Speaking at an interaction organized by Reporters Club Nepal in the capital today Gurung said that the Election Commission has made effective preparations within a short span of time.

However, there are still some minor drawbacks in the voters identity cards. The EC has already resolved this problem by making an alternative arrangement to it.

Meanwhile, he also urged all the media persons for their cooperation to conduct the local polls in a free, fair and peaceful manner.

The ministry has been working by establishing a help desk in all the 744 local units.

Likewise, spokesperson of Election Commission Surya Prasad Sharma has clarified that those who  have names in the voters list but problems with their voter’s ID card can cast their  votes by producing a citizenship, driving license or the voter’ ID card of the previous year 2070 BS.

He has called on one and all voters to utilize their voting right by taking part in the local level elections.

GORKHA, May 14: Two centenarians cast their votes to kick off the voting process in two polling stations today. ... Read More...

KATHMANDU, May 14: Some top leaders of various political parties have cast their votes and some others are in the... Read More...

Once a bustling business hub, Kathmandu’s New Road and Asan area have a few takers today (with photos)
31 minutes ago

Once a bustling business hub, Kathmandu’s New Road and Asan area have a few takers today (with photos)
31 minutes ago