Tootle customers are harassed, company slow to respond to complaints 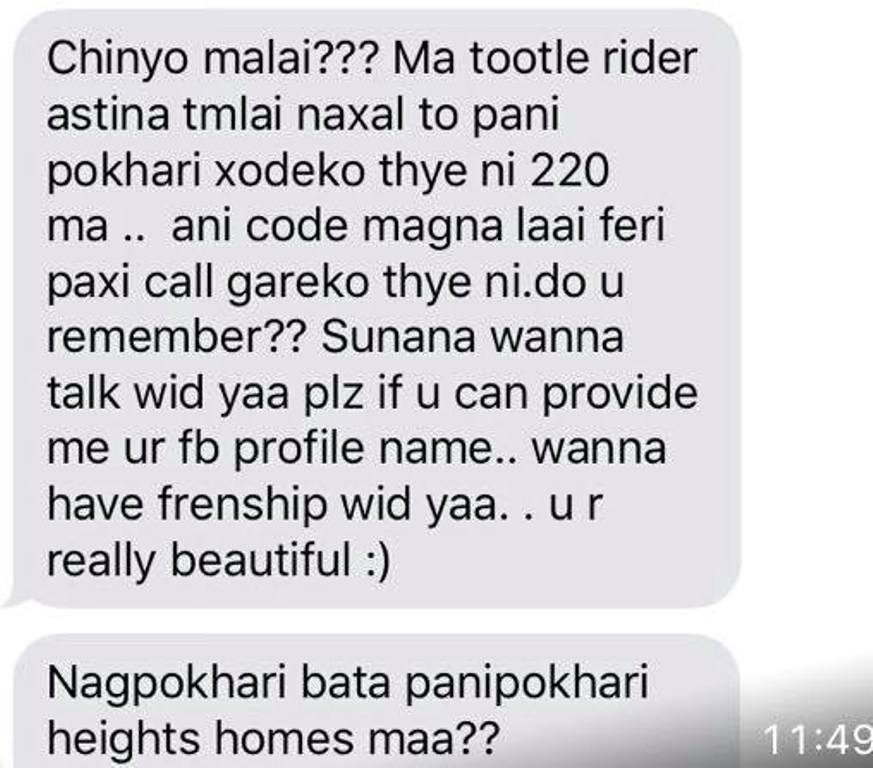 “The man is asking for my Facebook profile name saying that he wants to be a friend with me,” she told Republica Online on Saturday. She has not shared her problem with her parents because she does not want to put them in trouble.

When Republica Online contacted the rider, he admitted that he sent her messages a couple of times. “I will not repeat such a behavior,” he told briefly.

Sixit Bhatta, the CEO of Tootle, said that there is a monitoring system to discourage and penalize riders for their wrongdoings against the customers. “If the case you are sharing with me is genuine, we will take action against the rider,” he said commenting on the aforementioned case.

Bhatta further said, “Once the customer gets off the bike, he/she can give a bad rating on our app. Then we follow up immediately and block the rider so that he would not be able to use our app.” According to him, if a rider gets bad ratings frequently that means he is doing something wrong to his customers.

“If there is a genuine case of harassment, we help our customers to report it to the police. We have done so in the past too,” he shared without sharing specific cases. Tootle is Nepal’s first ridesharing platform. Founded by Sixit Bhatta, the venture officially started its journey in January 2017. Tootle has already gained a lot of appreciation from the people as it is providing easy and fast ride to the commuters.

Ride-sharing platforms have become popular in a comparatively short time. They have not only brought about a significant change in... Read More...