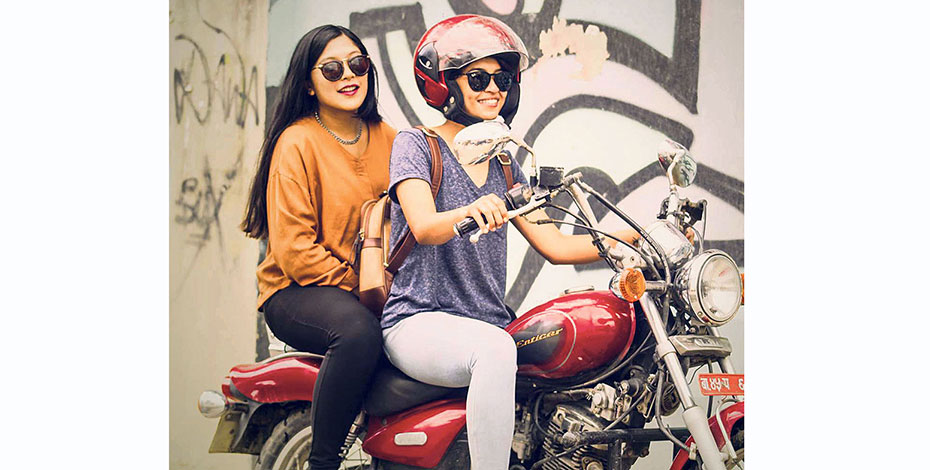 KATHMANDU, Jan 16: Due to extra workload, Tilak Dhital, 20, of Kathmandu’s Samakhusi occasionally works up to 7:30 pm at his Baneshwar-based office. Since finding public vehicles at such hours is rare, Dhital made use of the service of two-wheeler ridesharing companies such as Tootle and Pathao.

“Ridesharing services are easy to use and inexpensive compared to the taxi service,” Dhital said, “Since they use two-wheelers, it also takes less time to travel.” He added that he also does not have to face the problem of changing bus at Jamal to reach home.

But Dhital has been reduced to the option of the expensive taxi ride now that the Department of Transport Management (DoTM) has declared the ridesharing services as illegal and ordered the Metropolitan Traffic Police Office (MTPO), Baggikhana, to take action against the motorcycles offering such services. The MTPO took action against three motorcyclists sharing rides with other people on Sunday evening and against one on Saturday since they were using private vehicles for public use. According to the Vehicle and Transport Management Act, 1993, such services are illegal.

“The taxi service is about four times costlier than the ridesharing services,” Dhital told Republica, “With ridesharing services out of option, it is going to be difficult to travel in the evening.” He also accused the traffic police of trying to cause problems to the general public.

Dhital’s case is just an example. The number of commuters in the Kathmandu Valley making the use of two-wheeler ridesharing services provided by Tootle and Pathao had been rapidly increasing in the past few months. The ridesharing services have been popular among the Valley residents for their low costs and convenience. However, the DoTM has instructed the MTPO to take action against vehicles offering such services.

“We were directed by the DoTM to take action against the riders providing such services,” chief of MTPO, Senior Superintendent of Police (SSP) Basanta Panta, said, “Although such services are inexpensive, they are neither legal nor safe.”

However, spokesperson for the DoTM, Gokarna Upadhyaya claimed that the department has not yet officially directed the MTPO to take action against such services. He added that the law restricts the private number plate vehicles from offering such services and that traveling on a two-wheeler with an unknown person is very unsafe.

“Since our laws declare such services as both illegal and unsafe, the DoTM suggested to the MTPO to take action against them,” he said, “We have not yet officially directed them to do so.” Spokesperson Upadhyaya added that the DoTM received complaints from taxi drivers that prompted them to make such suggestions to the MTPO.

The ridesharing companies have called for a change in the 1993 law which does not address the problems of the present society. Chief Executive Officer of Tootle, Sixit Bhatta, claimed that the law is an archaic one and needs to be changed urgently.

“We cannot base our argument on an archaic law,” he said, “It’s high time that all the authorities concerned worked together to change the law.” He added that it is logically wrong to take action against the ridesharing companies since they help in traffic management as well as create employment opportunities. There are more than 12,000 registered Tootle riders as of now. A Tootle rider, if working full time, earns up to about Rs 50,000 a month.

Similarly, assistant manager of Pathao, Shashank Thapa, voiced the suggestion that all e-commerce companies should work together to address the issue. When asked what the company will do to address the problem, he said, “The ridesharing companies will jointly seek legal consultation and try to resolve the issue with the DoTM.”