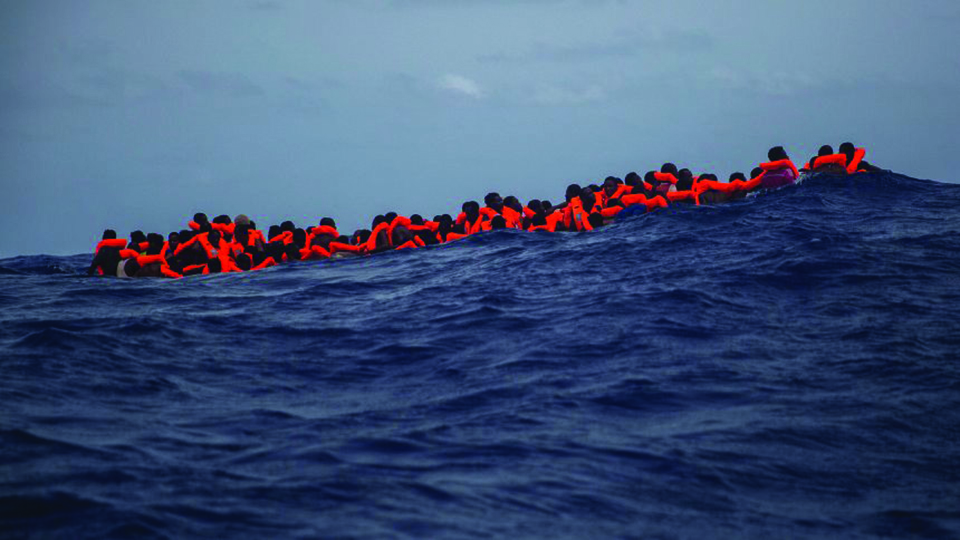 Geneva—The images are unforgettable. Desperate families in sweltering shipping containers and rickety boats. Bodies washed up on shores and beaches following failed voyages. Human beings scarred and broken from years of abuse and exploitation.  Indeed, we are shattered by tales of violence and predation by those willing to exploit the desperate for their own personal gain. Our consciences are shaken with the realization that children are at risk of irreparable damage—even death—simply because their families are trying to improve their futures.

But today—this day when we observe World Day Against Trafficking in Persons—is not a day to reflect on what we feel about migrants who are victims of trafficking.  Rather it is a warning that yet another year has passed in which we can remind ourselves that no matter how much good we can do, we still haven’t done enough. It is time to end the trafficking of men, women and children across the globe.

International Organization of Migration (IOM) works tirelessly with partners in government, civil society and the private sector to sweep away bad practices in international labor recruiting. We fight to declare the rights of migrants who cross borders to do those difficult jobs that go unfilled in many prosperous countries, and see that those rights are protected and defended.

But still it is not enough. We need to go after the traffickers, too. And we must hold the governments of IOM’s member states accountable when they fail to protect the traffickers’ victims.

Migration is increasingly seen as an option to escape conflict, instability, food insecurity, natural disasters and climate change, and we know that with large-scale movements of people, the opportunities for criminal elements to rise and then expand to take advantage of those on the move increase.

Nonetheless, this knowledge has not yet resulted in sufficient action to arrest either the drivers of unsafe migration or to address the protection and assistance needs of migrants. Nowadays, sadly, many governments first go after the NGOs who rescue vulnerable migrants, instead of going after the actual traffickers and smugglers themselves. It is unjust to penalize rescuers—especially on bureaucratic grounds such as not having proper docking permits, or operating without jurisdiction at sea—but it is also ineffective, and wastes the resources of both NGOs and the law enforcement agencies of these governments, themselves.

Responding to these challenges will require significant investment and international cooperation. But we cannot ignore these challenges whilst at the same time hoping that the unsafe migration and the migrant trafficking that follows will disappear of its own accord.

As private citizens, we can speak out against anti-migrant sentiment in both the public and private sphere, sentiments that erode public empathy and which allow traffickers to operate unchallenged and unpunished. We can demand accountability from leaders who tolerate or encourage narratives that dehumanize migrants of all kinds.

As consumers, we can demand goods and services produced without slavery or exploitation.

As leaders, we can reinvest in our protection systems. This includes child protection systems, protection systems for victims of domestic violence, and systems aimed at upholding the rights of workers. We must ensure that these are in place and have sufficient resources to meet the needs of all vulnerable people, including vulnerable migrants. But we cannot do nothing and yet still hope for change.

I understand that many people are migrating not only to flee desperate situations, but also to fulfill their own aspirations. I agree that governments have a legitimate interest in securing their borders and managing migration flows. I am aware that, oftentimes, governments must reach for a balance between the interests of their citizens and the humanitarian needs of migrants which may not always appear to align.

However, we all have an interest in maintaining respect for human dignity and in upholding human rights.

Our humanity demands it.

The author is Director General of International Organization for Migration