To parents, with love 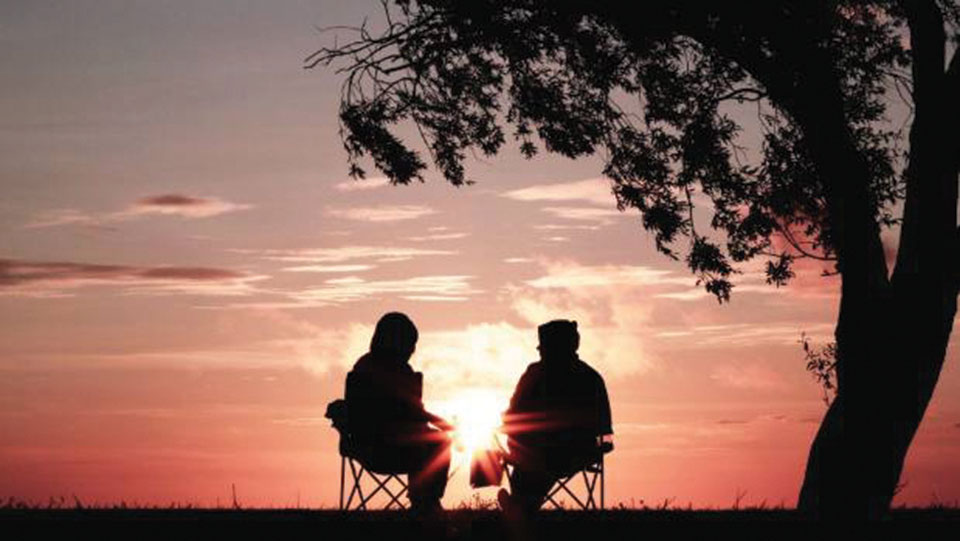 This write-up is not an unsolicited advice from a disgruntled woman who has excelled and mastered art of taking care of parents who have retired from their jobs—the jobs that fed and clothed their children, sent them to the best of schools and colleges that was affordable in then circumstances. It is more musing of a daughter who herself has recently been a mother and lives thousands of miles away from her parents.

My mom retired two years ago after working as a school teacher for 40 years and my dad is retiring soon from his job of college professor after serving for 36 years. Come to think of it, combined they served 76 years and taught thousands of students.

When my mom retired, I was left wondering at her amazing feat of being a teacher for four decades, but never worried about her retired life. She is a garrulous person who will spend her days saying hellos and chitchatting with her band of relatives and neighbors who will check on their favorite didi. But as my dad’s retirement is approaching, I am getting a tad worried. He is not an unfriendly person, but popularity amongst relatives is my mom’s forte, the lodestar amongst the common ones, the big sister amongst the younger ones. He reads voraciously, but they live in a small town and the books that reach them cannot keep up with the speed with which he reads.

While growing up, we had a small library at our home and undiscerningly I read most of the classics we had there when I was barely ten. I was reading Enid Blyton’s Famous Five, Secret Seven and John Reed’s Ten Days that Shook the World at the same age. Some I enjoyed, some I trudged through. However, I remember my dad telling me to look up the meaning of new words in the dictionary, a habit I am still following. The tome may have been replaced by mobile apps, but the basic function of finding meaning of an unknown word instantly is still there.

But he not just introduced us to the wonderful world of books. He also guided us to the world of food, and demonstrated that kitchen is not only for women. Memory of my childhood evokes the taste and smell of deep-fried pumpkin flower slathered in the batter of besan and eggs, buffalo meat marinated with home-crushed garam masalas with a hint of nutmeg cooked to perfection, kinemas (fermented soybean) cooked in thick bubbly tomato sauce, sprinkled with coriander leaves. He taught three of his children, the skill of threading needles and buttoning our shirts and mending clothes. I don’t know about my brother, but my sister and I still form a big knot at the end of the thread loop to secure our stitches, the way our dad taught us.

My mother tells us that with her children, especially with her daughters, she never had to face the rebellious-teenage phase. I question what were we supposed to rebel against? When we wanted to learn riding motorcycles, which was very uncommon 18 years ago, they sent us to proper driving school. There was no pressure on us to follow any stream of education at any point of time. Our parents told us that we can be whatever we wanted to be and they fully supported whatever decision we took. I blame my parents for my inability to empathize with people whose parents do not let them follow their dreams. We were not indulged in many riches, but being able to pursue our dreams without any fear and backlash is the greatest entitlement we received from our parents.

When I decided to settle down with this guy whose parents approached me with a marriage proposal and I found the guy really sweet, I called my parents and informed them that I have received this marriage proposal and the guy seemed nice, my parents asked me on what date I wanted to get married. I still tell my mom I got lucky that I found a nice guy, despite my parents’ utter negligence of not doing any background check, a normal procedure typical Nepali parents would follow.

She retorts that she had faith on the upbringing of her children and even if anything would have gone wrong, she believes, her daughters could spring back from any debacle.

The answer to my quandary probably lies in the way we were raised by our parents. The way they have confidence in us that we will make right choices and even if we bungle, we will find our way back. It is time to stop fretting about what they will do and show the same kind of confidence towards them. I have seen him effortlessly slipping into persona of a graceful tea hostess for a tea-party organized for his little girls to quizmaster for the Saturday weekly quiz competition, from house-jester to theater director, again for a skit organized for his children and their cousins.

He played all those roles to perfection, and I bet whatever my father chooses to do in his retired life, he will ace it the exact same way.

The author is the First Secretary at Embassy of Nepal, Israel

KHOTANG, April 8: Arrangement for education of children living in District Prison, Khotang with their inmate parents have been made now... Read More...