Time for this war in Afghanistan to end, says departing US commander 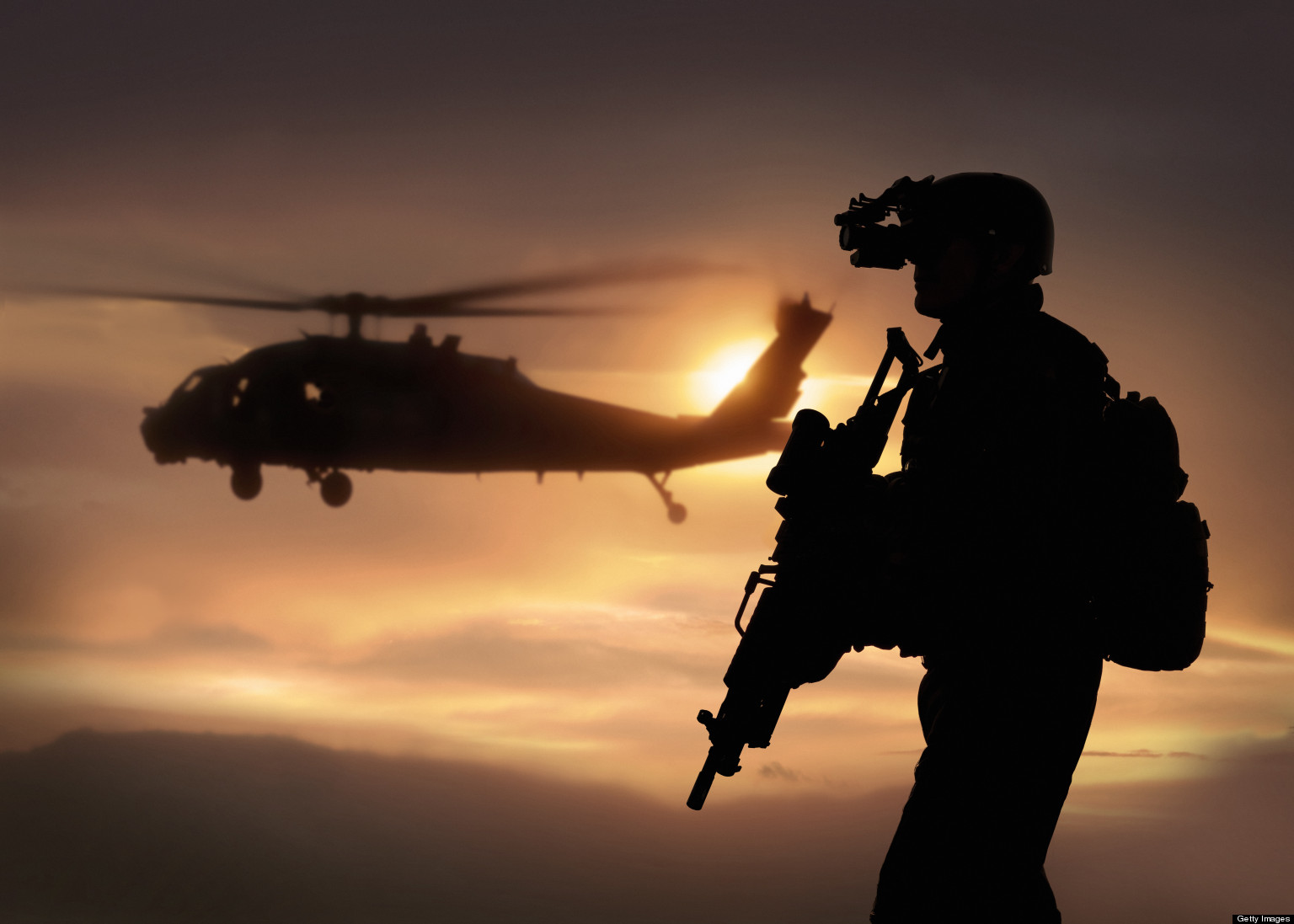 KABUL, Sept 3: When American Airlines Flight 77 struck the Pentagon on the morning of September 11, 2001, Lieutenant Colonel John W Nicholson Jr survived by chance. That morning, as dozens of his colleagues were killed, he was moving house and was not at his desk — which he said was 30 metres  from the nose of the plane. 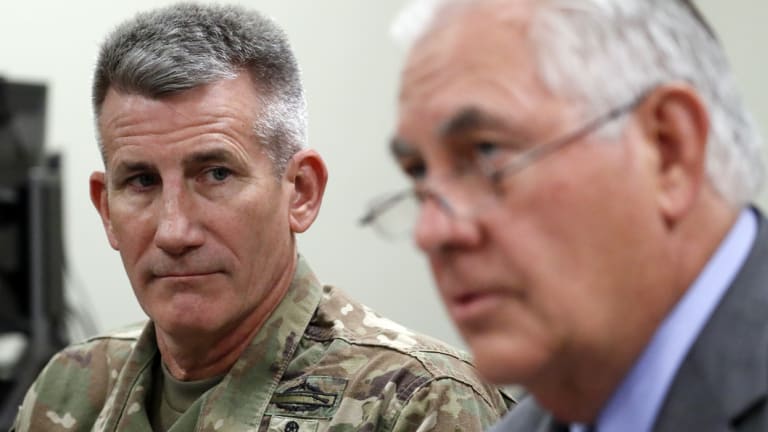 Nearly 17 years to the day, now a four-star general departing as the commander of the US and NATO forces in Afghanistan, he stood under the shade of pine trees in Kabul on Sunday, and delivered an emotional farewell.

The general, who spent 31 months at the helm of a quagmire of a mission that has shaped his career over four tours of the country and has cast a shadow on a generation of US military leaders, said he wanted to speak from the heart.

"It is time for this war in Afghanistan to end," Nicholson said.

The general called on the Taliban to "stop killing your fellow Afghans", but he also referred indirectly to regional players — particularly Pakistan, where the militants enjoy sanctuary — who have complicated the fight.

Naming the first and the last American soldier killed under his command and praying for the hundreds in between, the general demonstrated little of the chest-thumping of previous commanders and put aside his own sometimes rosy assessments of the situation for a more sombre reality that seems to be dawning on the US military leadership.

He sought to provide a reminder about why the United States was in Afghanistan in the first place, a narrative that is increasingly lost on much of the public.

The war has dragged on so long that it is now fought by a generation of soldiers too young to remember the day when planes flown by members of al-Qaeda, which had found protection in Afghanistan under the Taliban, struck the World Trade Centre and the Pentagon.

Then, Nicholson, 61, echoed a call to immediately begin peace negotiations — an approach that has become a US priority that the Trump administration hopes will allow it to diminish its presence in the country — while also warning the Taliban that the US would continue to fight. 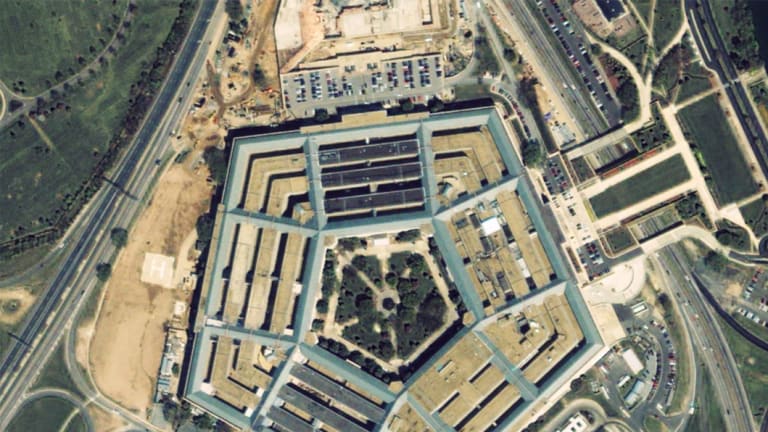 The Pentagon was attacked on September 11, 2001 along with the World Trade Centre towers. A fourth plane crashed in Pennsylvania. Photo: GeoEye

His departure comes as the war seems to spiral deadlier even as it recedes from American attention — Nicholson did not meet once with President Donald Trump in the 20 months since he moved into the White House.

"Our soldiers are volunteers, permitting the American people and their elected representatives to be indifferent about the war in Afghanistan," said Karl Eikenbery, a former commander of the American forces in Afghanistan who later served as the US ambassador to Kabul. "We continue to fight simply because we are there."

Like his predecessor, John F Campbell, Nicholson is likely to retire immediately, a diplomat with ties to the general said, a sign that the posting is no longer a springboard to more senior roles, and what appears to be the final chapter of his career encapsulates the trajectory of a 17-year war.

The US's involvement has moved from a wounded nation's quest to strike back against the Taliban for facilitating al-Qaeda — to what critics say was a show of military hubris that sent young Americans deep into Afghan villages where the Taliban often had an advantage — to a desperate search for a dignified resolution, its urgency heightened by the unpredictability of a US president who has made no secret of his weariness for the war. 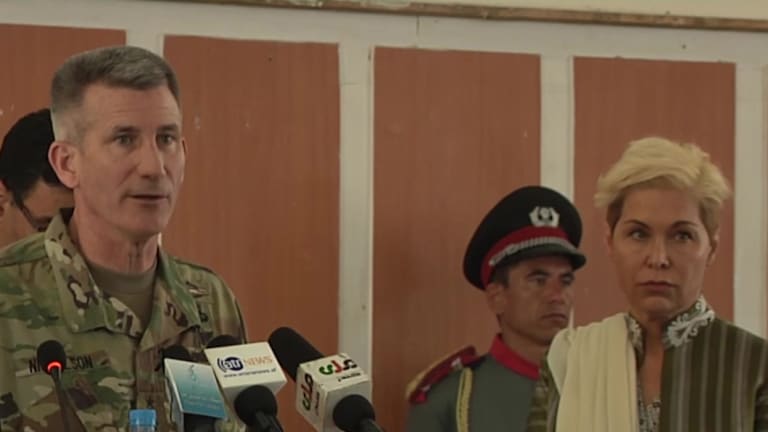 US General John W Nicholson Jr and his partner, the president and founder of The International Council on Security and Development Norine MacDonald. Photo: US CentCom

Nicholson's four tours of the country, in which he developed a personal commitment and an emotional attachment to the place and its people, also speaks to the toll of the conflict on the men and women who fought there.

He led the effort at a difficult time, when the Taliban had cranked up the pressure on the nascent Afghan forces taking the lead in the fight and when the political leadership in Kabul remained in disarray.

During his tenure, the longest by a US commander, he helped double the size of the Afghan special forces and triple that of the country's air force. But he and his fellow generals tout a temporary rare cease-fire in June as a major success under his watch, a reflection of how much the goals and expectations of the US military have changed.

Nicholson will be replaced by General Austin "Scott" Miller, who left the shadowy Joint Special Operations Command to take on the war effort of a coalition to which 41 nations contribute. 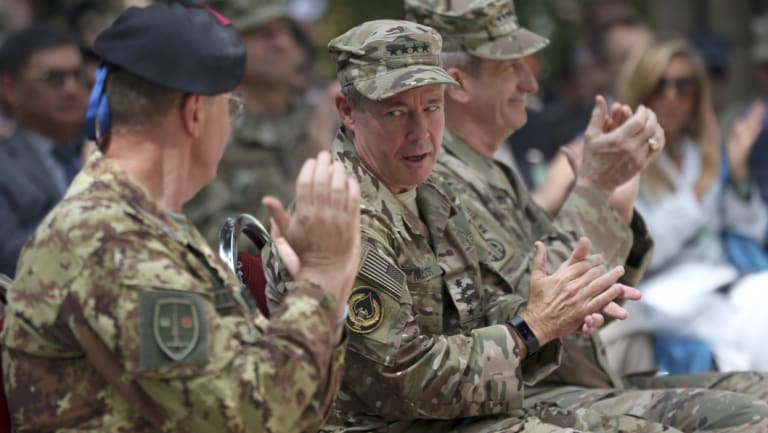 Defence officials described him as a "straight shooter" largely expected to approach the war with a more realistic attitude of defeating the Taliban than Nicholson, who on multiple occasions suggested that the US had turned a corner in the war.

Miller, who overlapped with Nicholson as a cadet at West Point, is well-regarded, but his 35 years of service have been spent mostly with the Special Operations community. That has left little time for larger and more public-facing commands that, by nature, are exposed to political nuances from which their commando counterparts are usually insulated.

At Nicholson's side at the ceremony Sunday was his wife, Norine MacDonald, a security analyst and researcher who has long been active in Afghan affairs. The two met at an event on Afghanistan.

MacDonald — who has served as a "first lady" of sorts, her presence encouraging more female voices — accompanied her husband on trips to front-line provinces and high-level meetings, a strong statement in a country where decision-making is dominated by men. 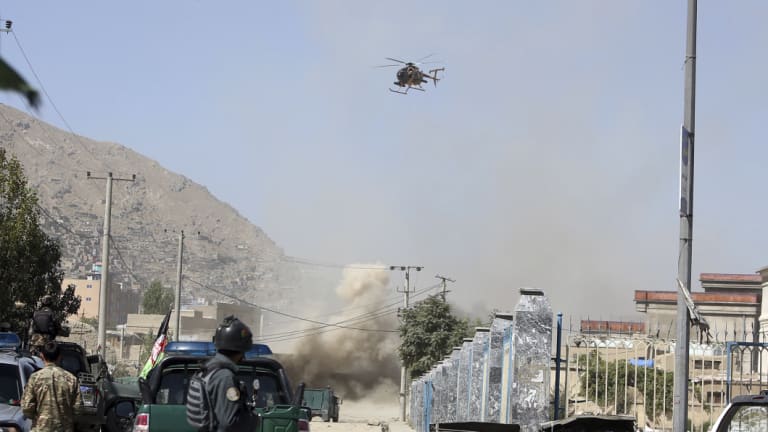 An MD 530F military helicopter targets a house where suspected attackers are hiding in Kabul, Afghanistan, on August 21, 2018. Photo: AP

But her prominent role in a war zone, where movement is so limited that officers take helicopter shuttles to travel even the smallest distance out of headquarters in Kabul, was disorienting to many soldiers who had seen nothing quite like it.

MacDonald's years of work in Afghanistan, which she paused after Nicholson took command, defied easy labels to those who saw her in action.

She distributed emergency food to families displaced by the "bombings and eradication campaigns" of the US-led military coalition, wrote research papers and provided video reportage from difficult corners of the country, vocal against the "blowback" of operations pushing young men to the arms of the Taliban.

A strong theme of her work was grass-roots mobilisation against the eradication of poppies, passionately arguing that Afghanistan could gain by legalising the crop for medicinal purposes.

That infuriated Afghan and American officials at the time when eradication was the US policy. WikiLeaks cables showed American and Afghan officials repeatedly discussing "efforts to rein" her in.

MacDonald's offices were raided by Afghan intelligence, her equipment confiscated, and she was asked to leave the country. While she scrambled to find caretakers for her Russian jeep and motorcycle that she drove around Kabul, and the pet turtle she kept at her home, it was not clear whether she ever left.

"Your service truly is selfless. Thanks for your work in Afghanistan, thanks for putting your career on hold," Votel said of MacDonald at the farewell ceremony Sunday before she, teary-eyed, walked arm in arm with Nicholson to the final reception in their honour.

KABUL, Aug 19: Afghanistan’s president on Monday vowed to “eliminate” all safe havens of the Islamic State group as the country marked... Read More...