Arsenic-contaminated water no longer a problem in Tikapur 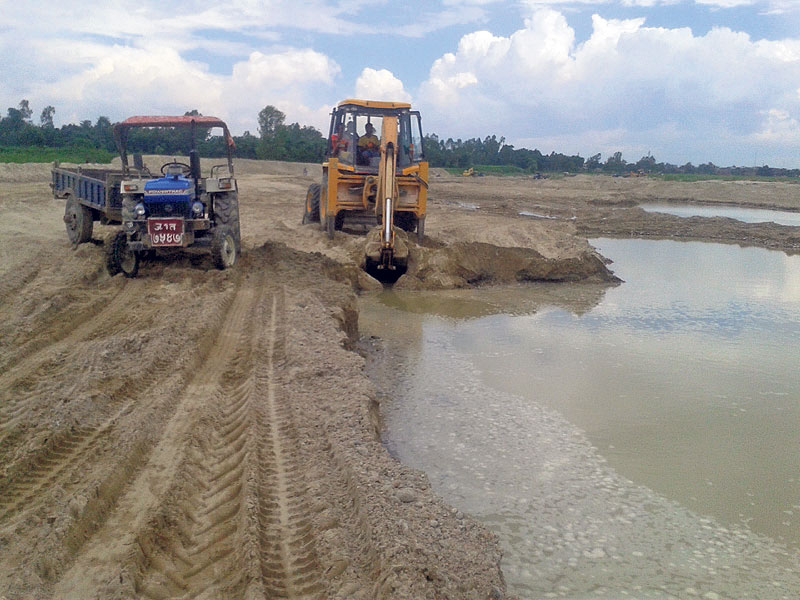 Sand and aggregates excavations at the Maraha River in Mahottari district. District police office and district administration office have turned a blind eye to the rampant illegal extractions. Republica

TIKAPUR, July 11:Locals of Tikapur district can finally heave a sigh of relief as they no longer have to drink water contaminated by arsenic after the construction of a deep boring well at Mudabajar VDC in Kotatulsipur.

A monitoring conducted by the Division of Water Supply and Sanitation (DWSS) in Tikapur four years ago had found out that many houses in Mudabajar VDC were under high risk of health hazards due to contamination of arsenic in their shallow tube wells. However, the locals were forced to consume the water as they did not have any other alternative source.

“We knew about the presence of arsenic in water and the inspection team had also advised us not to consume it,” Khadga Bahadur Sapkota, one of the locals, said. “But we had no other alternatives.”

To address the problem, the DWSS constructed the boring well worth Rs 793,000 under the Constituency Infrastructure Development Special Program at Mudabajar.  This recent establishment has been benefitting around 700 households in and around the VDC.

Special timetable has been arranged for the locals to fetch water from the well. One of the boring water consumers, Aarati Oli, said that the boring well had given some respite to the locals.

“Many villagers had fallen ill after consuming arsenic contaminated water,” Oli said. “Villagers have been very much relieved with the construction of the deep well,” she added. In fact, locals at Mudabajar have completely stopped using water from the shallow tube wells and are now completely relying on the deep well.

According to the officials at DWSS Tikapur, most of the VDCs around the Chure region have been consuming the contaminated water for years. Regarding the issue, the DWSS committee has been planning to phase out the shallow tube well system.

There are NGOs in Nepal working on the arsenic contamination in rural areas. While many have been organizing awareness programs at different district offices, some have been establishing arsenic filter projects.

DHADING, June 21: Shortage of drinking water used to be a perennial problem for the locals of Nilkantha Municipality ward no... Read More...

PYUTHAN, July 23: With the onset of summer, people of Airawati used to face severe problems due to water scarcity until... Read More...

BAITADI, April 2: With the rise in the mercury, the drinking water problem has resurfaced in Baitadi creating unwarranted difficulties... Read More...