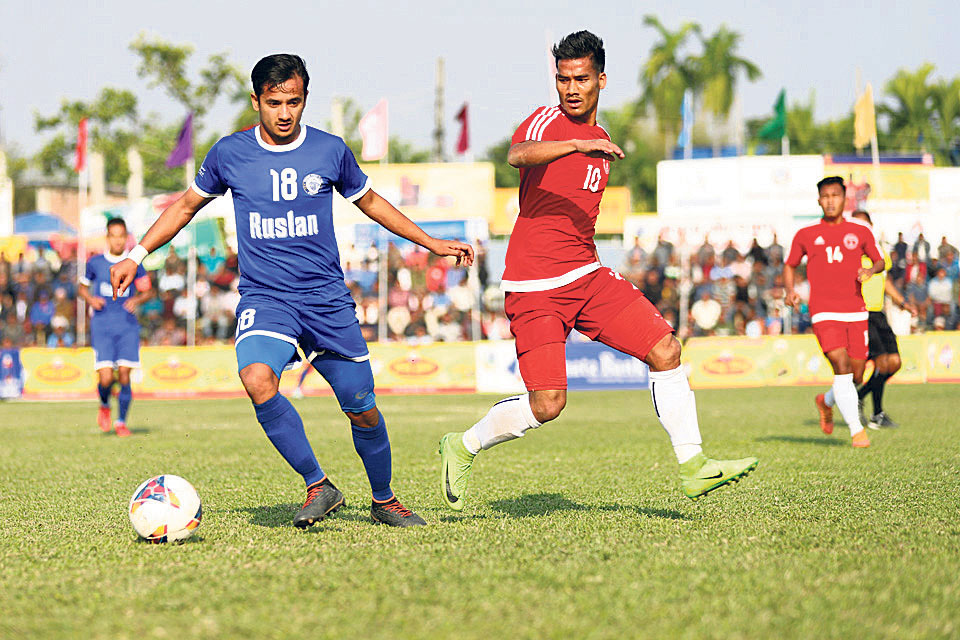 At the Domalal Rajbanshi Stadium in Damak, the teams played a goalless draw in the regulation time.
Three Star will now take on the host Jhapa XI in the last four match.

Three Star won the match as none of Police player could score a goal in the tie breaker. This is the first match of the ongoing edition that a team has qualified to the next round on penalty shootout.

Three Star keeper Neupane was named the man of the match and was rewarded with Rs 15,000.
Cameroon’s Dauphins Football Club will take on Rupandehi XI Football Club on Thursday, said the organizers of the tournament.

Three Star head coach Megh Raj KC said that because of the absence of four important players, his team could not perform as he had expected. Four Three Star players are currently in the closed training camp for the age group level national tournament.

He added that his team will be playing with a different tactics against Jhapa to rectify the errors and cover the absences.

Police head coach Ananta Raj Thapa said that the lack of experience of his young team was the reason his team lost in the shootout. He added that his team failed to convert the chances it got in the first half, and could not score playing with the pressure.

Police had created good chances to score, but failed to convert them.

BHADRAPUR, March 15: The District Monitoring Committee Jhapa has said that encroachment on the district-based rivers is taking place in... Read More...