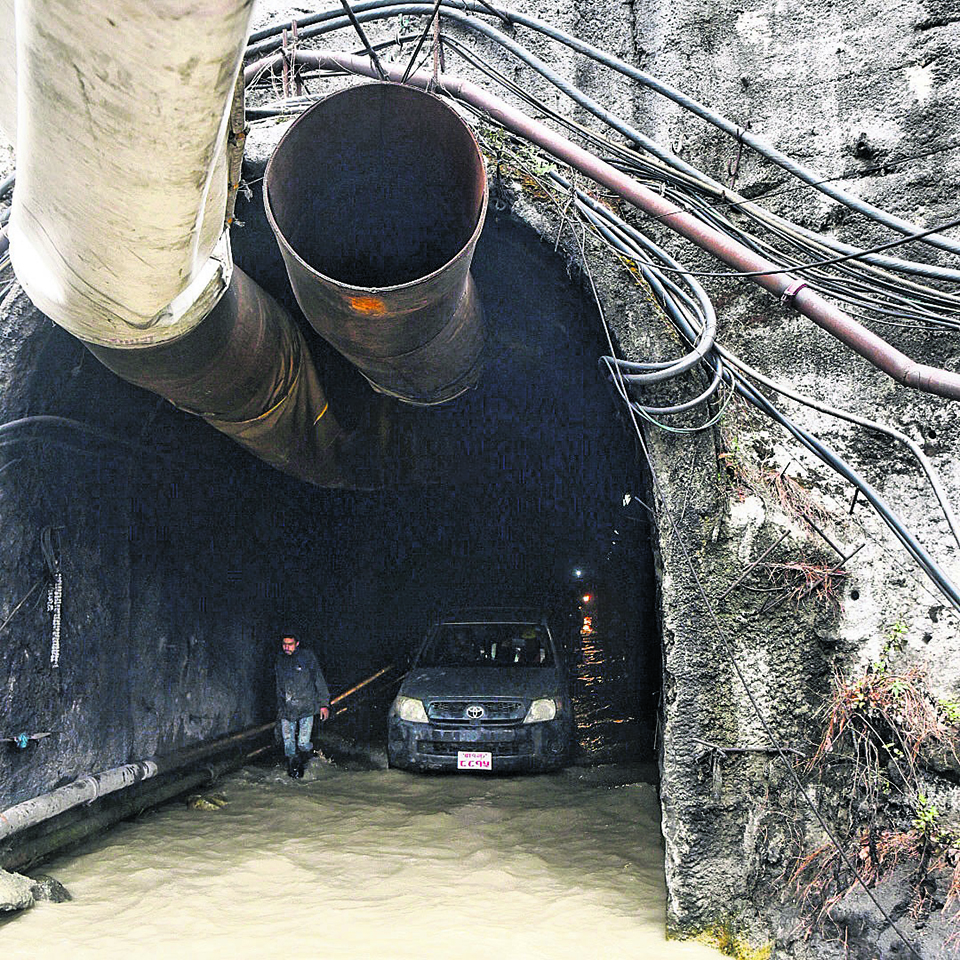 KATHMANDU, March 11: The government has not been able to decide future course of Melamchi Water Supply Project (MWSP) even though it has been nearly two and half months since CMC -- the Italian contractor -- abandoned the project site.

Project officials say only about five percent of work at the project site is remaining. However, no initiative has been taken to complete the remaining works. It has been more than one and half months since Melamchi Water Supply Development Board, the implementing agency of Melamchi Water Supply Project (MWSP), met. This lays bare the lack of seriousness on the part of the government to complete the mega project.

The project office says that it is awaiting the board's nod to start contract process after preparing necessary contract documents. However, it is not sure when the board will meet.

The board last met on January 24 to terminate contract with CMC, according to Chandra Bahadur Thapa, a member of the board. "The ministry maybe doing necessary preparation to complete the remaining works," said Thapa.

The board is chaired by secretary of the Ministry of Water Supply. Dipendra Nath Sharma is the secretary at the ministry. He was appointed to the post after Gajendra Thakur was transferred on February 17.

Project officials say Minister of Water Supply, Bina Magar, is bent on bringing back the Italian contractor to complete the remaining works. Magar argues that it is necessary to bring the Italian firm back to assure release of payments to local vendors and suppliers as well as to complete the remaining work within stipulated timeframe. But there has been no headway in this direction has it has been nearly three week since she made the comment in the parliament's Finance Committee meeting.

Melamchi is not the only project abandoned by CMC. The Italian firm also walked out of Tanahu Hydropower Project, which is being developed by Nepal Electricity Authority, after winning contract worth Rs 20 billion, and civil works of another hydropower project promoted by private sector.

CMC is facing financial problems back in Italy.

Despite this, the ministry has been piling pressure on the project management team led by Surya Kandel to bring back the Italian contractor to complete remaining works of the project.

"But there is no legal ground for doing so. This is where the main problem lies. The project management cannot take decision in this way," a highly placed source at the Office of the Prime Minister told Republica.

Bishnu Rimal, chief advisor to Prime Minister KP Oli, had last week instructed Secretary Sharma to take decision on project implementation at the earliest. But Sharma has not even called the board's meeting. He declined Republica's request for comment.

The project management has been saying that they can bring Melamchi waters to Kathmandu Valley by mid-July if they are allowed to start bidding for remaining works at the earliest through a fast-track mode. Only the cabinet meeting can take such decision.