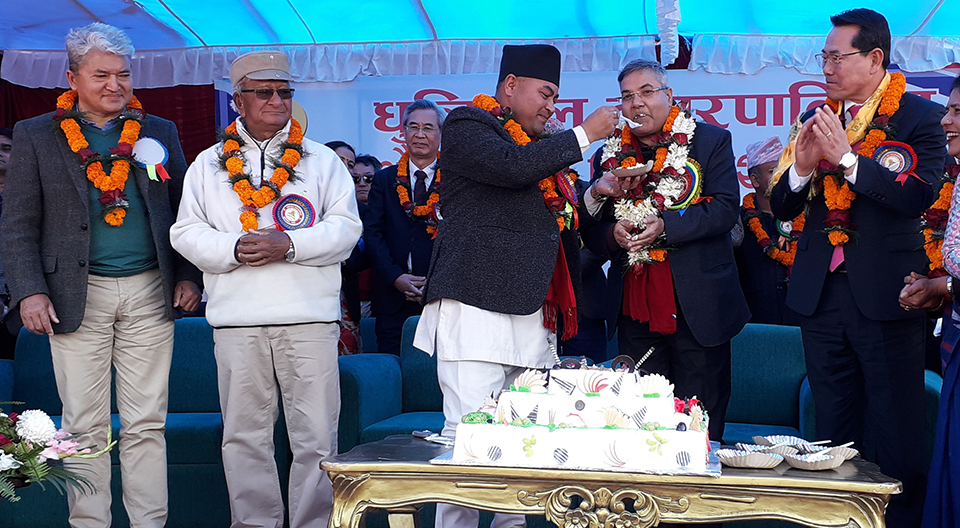 KAVRE, Feb 17: Minister for Communications and Information Technology, Gokul Banskota, has said that three levels of governments are the carrier of country's prosperity.

At the 23rd establishment day of Dhulikhel Municipality and declaring Dhulikhel as the fully literate municipality on Sunday, Communications Minister Banskota said, "Federal government is not only the carrier of Happy Nepali and Prosperous Nepal'. Provincial governments and local levels are also the carrier.”

The Communications Minister said, "Countries are developed after facing lots of challenges and obstacles, not at a single moment.

The incumbent government would make sustainable development in the country by joining hands with the international communities in this phase of reconstruction, he added.

Minister Banskota was of the view that the government would carry out activities in order to fulfill the people's expectations.

Similarly, the Communications Minister also inaugurated the statue of fully literate municipality by declaring the municipality as the literate zone.

Policy makers and politicians are reluctant to recognize, expand and lead the country toward prosperity in a socially and ecologically... Read More...