Three held over ‘gangrape’ of girl in menstruation shed 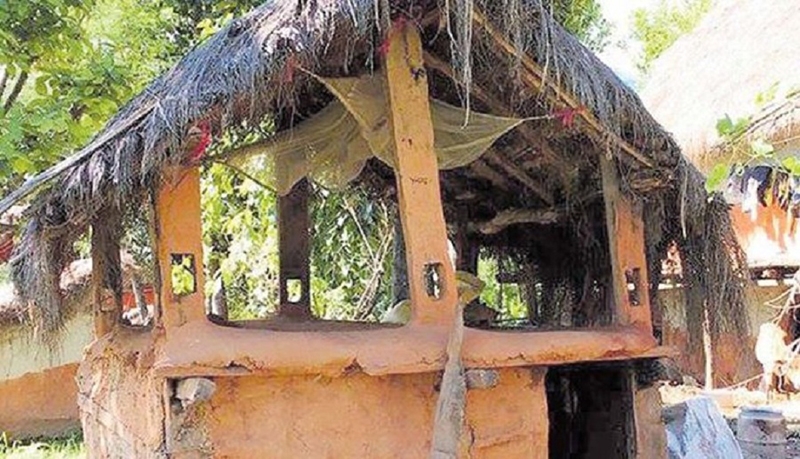 SURKHET, July 5: A 15-year-old girl of Barahatal Rural Municipality in western Surkhet who was banished to chhaugoth (menstruation shed) during her periods was allegedly gang-raped on Monday.

According to police, she was raped by three individuals. The suspects have been identified as Chetan Giri, 15; Janak Sharma, 18; and Padam Giri, 14. The victim was raped at midnight on Monday, police said. All three have been arrested while the victim is being treated at a local hospital.

According to SP Uma Prasad Chaturbedi, chief at the District Police Office, two girls were in the menstruation shed, but one managed to escape after the three men attacked them at midnight. He further informed that the culprits have been arrested and investigation is underway.

The victim’s family members learnt about the incident only on Tuesday morning as the shed is away from her house. The girl who was sleeping with the victim and managed to escape said she learnt about the rape of her friend only in the morning.

“We immediately deployed the police team for investigation as soon as the family members filed a complaint,” said Sushobhan Shrestha, police inspector at the Area Police Office, Babiyachaur. “We were successful in arresting all the three from their hiding place,” said Shrestha. Police said the three have been presented to the district court Wednesday and are being investigated in judicial custody.

Although the government has criminalized the banishing of menstruating women to chhau sheds, the practice is still prevalent in mid-western and far-western Nepal.

ACHHAM, June 13: Parbati Budha, 18, of Jayagaun in Turmakhand Rural Municipality who was in isolation in a shed near their... Read More...

Even health workers live in shed during menstruation

JUMLA, August 23: To abolish the inhuman practice of banishing woman during menstruation, the government recently criminalized Chhaupadi. However, a large... Read More...

KATHMANDU, Aug 14: A flag hosting ceremony was held at the Embassy of Pakistan here today to mark the 70th... Read More...