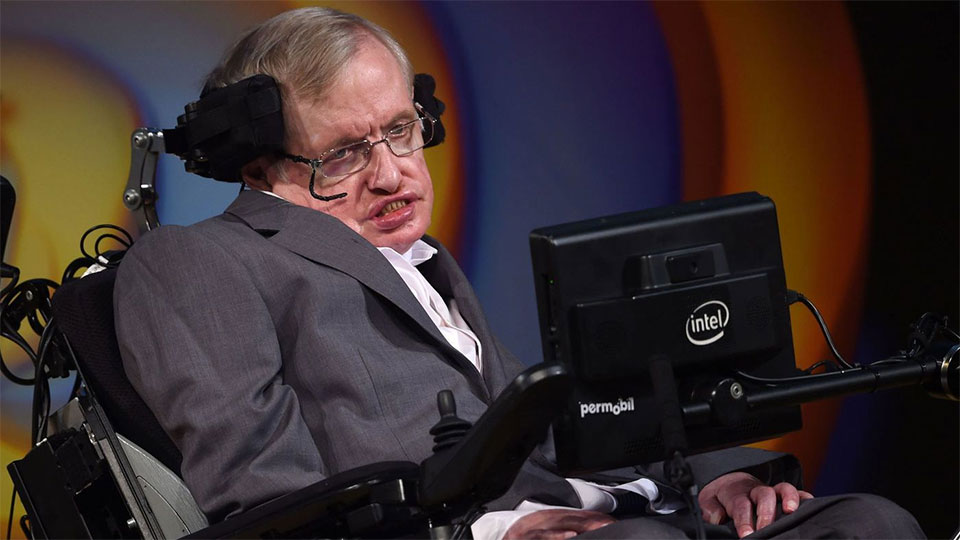 LONDON, March 31: Crowds have lined the streets of Cambridge for the funeral of Professor Stephen Hawking at a church near the university college that was his academic home for more than 50 years.

Actor Eddie Redmayne, who played Hawking 2014 biographical drama The Theory of Everything, is to give a reading during a service at the University Church of St Mary the Great.

The renowned British physicist died peacefully at his Cambridge home on March 14 at the age of 76. The cosmologist had been diagnosed with motor neurone disease in his twenties.

About 500 families, friends and colleagues were to attend Saturday’s private funeral, followed by a reception at Trinity College. Queen guitarist Brian May, comedian Dara O'Briain, and supermodel Lily Cole were among those pictured entering the church.

Crowds lined the streets around the church, which can seat up to 1,200 people and is near to University of Cambridge's Gonville and Caius College, where Hawking was a fellow for 52 years.

His coffin will be carried by six porters from the college, all in traditional uniform including bowler hats.

College porters, many of whom who knew Hawking and provided support when he visited for events, have been asked by his family to be pallbearers.

Head porter Russ Holmes will walk ahead of the coffin as it is carried into the church. He will wear his formal college uniform of top hat and tails, and carry a silver-topped ebony cane of office.

Redmayne will give a reading of Ecclesiastes 3.1-11, titled “Everything has its time”, from the Bible. Astronomer Royal, Martin Rees, will also deliver a reading, while Hawking’s eldest child Robert and former student Professor Fay Dowker will give eulogies.

The service will be officiated by the Reverend Dr Cally Hammond, dean of Hawking’s college.

In a statement, Hawking’s children Lucy, Robert and Tim said: “On behalf of our whole family we want to express our huge gratitude to all the wonderful tributes to our father and to those who have sent us messages of condolence.

“Our father lived and worked in Cambridge for over 50 years. He was an integral and highly recognizable part of the university and the city.

“For this reason, we have decided to hold his funeral in the city that he loved so much and which loved him.

“Our father’s life and work meant many things to many people, both religious and non-religious. So, the service will be both inclusive and traditional, reflecting the breadth and diversity of his life.

“We would like to thank Gonville and Caius College, the University of Cambridge and Trinity College, Cambridge for their assistance with our father’s funeral service.”

Hawking‘s ashes will be interred close to the remains of Sir Isaac Newton in Westminster Abbey on June 15.

A book of condolence for Hawking remains open at Gonville and Caius College, and an online book has also been set up.

KATHMANDU, April 8: Nepal and India have agreed to develop "an electrified rail line" connecting Kathmandu with Raxual of Bihar, as... Read More...

Venezuelans again take to streets as death toll jumps to 37

100 sacs of fertilizer meant for Rolpa ‘vanish’ in Dang!
22 minutes ago