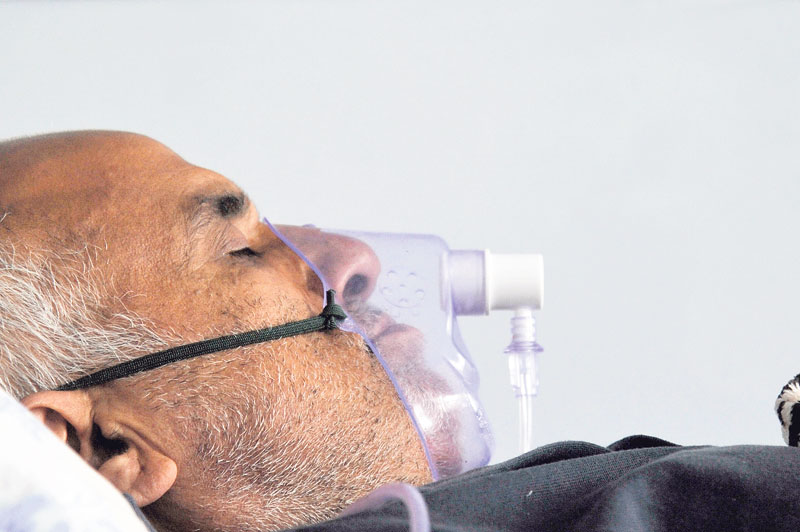 KATHMANDU, Aug 1: Dr Govinda KC, professor and senior orthopedic surgeon at the Institute of Medicine (IOM), has said that the enactment of the Medical Education Act without delay is his ‘bottom line’ for agreement with the government. The third round of talks held between government officials and Dr KC’s representatives on Tuesday, the ninth day of Dr KC’s 11th fast-unto-death, ended inconclusively Tuesday.

“The talks were positive but we could not reach a conclusion because of his demand for an immediate enactment of the Medical Education Act, which requires a long process in parliament,” said Shanta Bahadur Shrestha, secretary at the Ministry of Education, “The next round of talks will be held next day.” The first and second rounds of talks were held on sixth and seventh day of his strike.

Dr KC began his 11th fast-unto-death on July 24, demanding that the government bring the Medical Education Act, slash fees of postgraduate studies in medicine from Rs 3.1 million to Rs 2.2 million, appoint four assistant deans at IOM and campus chief immediately and probe into the irregularities of TU officials and take action against them.

Dr KC’s 10th fast-unto-death began had begun on November 13 against “the anarchy prevailing in the medical education sector” and it had ended in three weeks after an agreement with the government. Dr KC had ended his 10th hunger strike following a 12-point agreement with the government representatives on December 4, 2016.
However, his demands were not satisfactorily addressed.

Meanwhile, Nepal Resident Doctors’ Association (NRDA) has announced to shun OPD services at Tribhuvan University Teaching Hospital, Maharajgunj from Wednesday. They will boycott all OPD services and the teaching and learning process at the Institute of Medicine, expressing solidarity with Dr KC’s strike, according to Dr Kashyap Shrestha, president of NRDA.