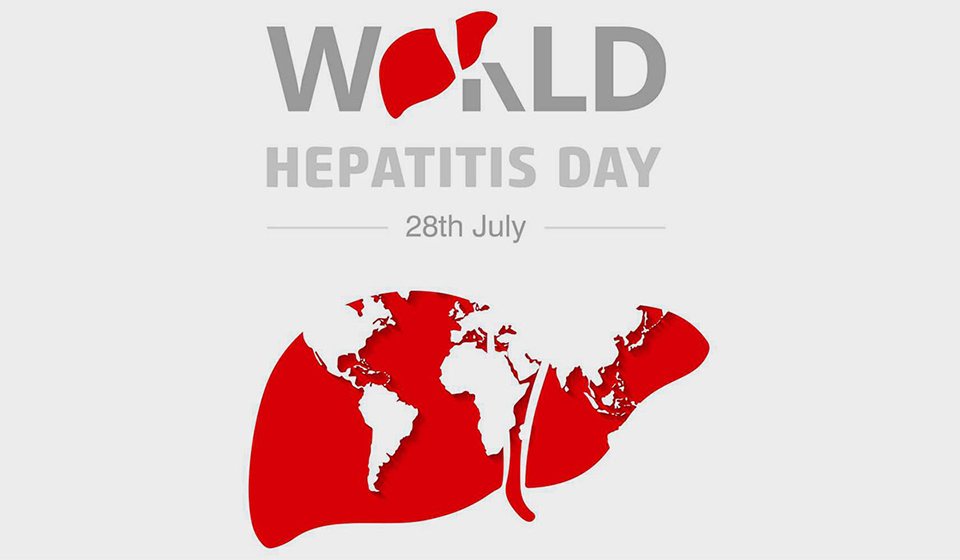 World Hepatitis Day is observed annually on July 28 to raise awareness about the disease which causes inflammation of the liver and claims around 1.4 million lives every year.

According to the World Health Organization (WHO), after tuberculosis, the second major killer infectious disease is Hepatitis. Since 2010, World Hepatitis Day has been celebrated every year with a new theme. This year, the WHO has proposed the theme — 'Invest in eliminating hepatitis'.

As the name suggests, the motive of the campaign will be to achieve the global elimination of the disease by 2030. The idea is to spread awareness about the fact that "hepatitis is preventable and treatable. Hepatitis C is, in fact, curable. However, over 80 percent of people living with Hepatitis still lack prevention, testing, and treatment services," according to WHO.

The host country for World Hepatitis Day 2019 is Pakistan. The global events related to the day is being held in Islamabad on July 27-28.

It is an inflammatory condition of the liver, which is caused by a viral infection. The use of drugs, toxins, alcohol and certain medications can also cause Hepatitis.

Autoimmune Hepatitis is also common, which occurs when the body makes antibodies against liver tissue. In case you are overweight or obese, there's an underlying risk of non-alcoholic fatty liver disease (NAFLD) where extra fat builds upon liver cells. People with diabetes are also susceptible to NAFLD.

To initiate a global awareness campaign meant to completely eradicate Hepatitis from the world, WHO started observing World Hepatitis Day.

Patient groups of European and Middle Eastern regions, earlier in 2004, observed it as International Hepatitis C Awareness Day. The World Hepatitis Alliance declared 19 May as the first World Hepatitis Day in 2008. Later, the date was changed to 28 July by the World Health Assembly in May 2010.

The focus was to spread awareness about Hepatitis both on a national and international level. Notably, 28 July was picked as World Hepatitis Day to honor Nobel Laureate Baruch Samuel Blumberg on his birth anniversary, who had discovered the Hepatitis B virus.

"If we look at the global picture, an estimated 290 million men, women and children are currently living with viral hepatitis unknowingly," says The World Hepatitis Alliance.

It also stressed on the fact that if not proper measures are avoided, the number would increase by 76 million by 2030. The number of preventable deaths from viral Hepatitis would be around 18.1 million. The prediction definitely raises concerns and highlights the need to address this global burden.

Some of the objectives of World Hepatitis Day

1. Involve as many people as possible to focus together on this issue
2. Raising awareness about various types of Hepatitis and their mode of transmission
3. Educate people about prevention, diagnosis, and control of Hepatitis
4. Spread awareness about Hepatitis A and B vaccines
5. Notify the public about comprehensive care and treatment options available for the different forms of hepatitis
6. Dismissing social stigma associated with this disease
7. Increase number of skilled medical professionals in order to enhance quality care

Liver-friendly food which must be added to your diet:

Grape: A study published in the World Journal of Gastroenterology showed that grapes help lower inflammation, prevent damage and increase antioxidant levels in the liver. Grapes are also beneficial because of the presence of a plant compound like resveratrol.

Beetroot juice: Beetroot juice contains nitrates and antioxidants called betalains which help in reducing inflammation in the liver. According to research published in the journal Nutrient, these compounds enrich natural detoxification enzymes.