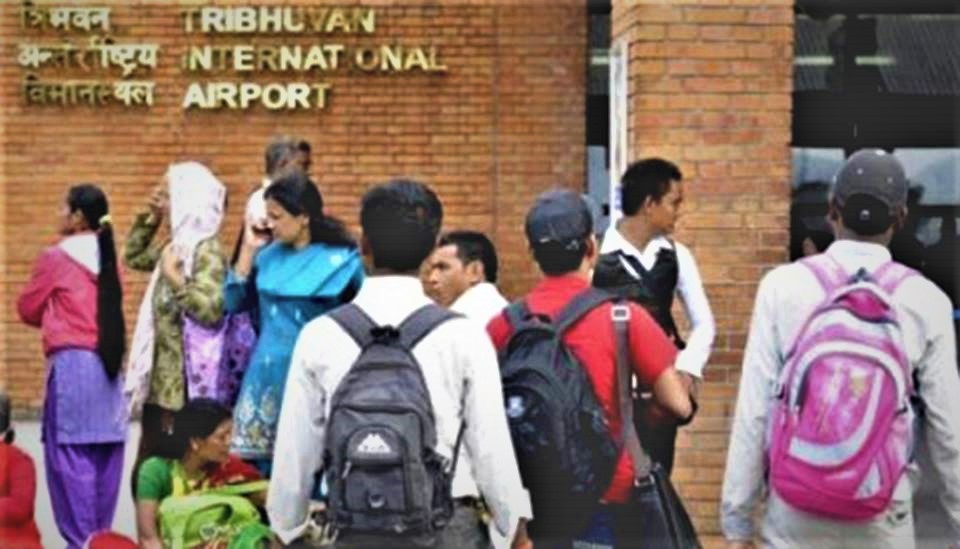 The author is International Organization for Migration (IOM) Chief of Mission in Nepal
news@myrepublica.com

Returnee migrants can play a vital role in Nepal’s post-COVID-19 recovery with their skills and capital.

With the COVID-19 pandemic bringing to a halt economic and broader development activity around the world, the World Bank has projected that remittances to low-and middle-income countries (LMICs) will fall sharply in 2020—by about 20 percent. Nepal, where remittance contribution to GDP in 2019 was equivalent to 27.3 percent according to the World Bank, has lost nearly 50 percent of remittances in past two months compared to the same period last year according to the Nepal Rashtra Bank, the country’s central bank’s report published in May 2020.

Since Nepal is a LMIC which receives more in remittances than official development assistance, the socioeconomic effects of the crisis are expected to be devastating to its national economy and the overall achievement of the Sustainable Development Goals (SDGs).

Remittances have been a major source of income for majority of Nepali households for some time now with over 51 percent Nepali households having at least one family member as migrant either currently abroad or a returnee according to a study report by IOM in 2017.

Nepal Migration Profile 2019 reports that the 11 percent decline in poverty in Nepal between 1996 and 2004 has been attributed to an increase in remittances by Nepal’s Central Bureau of Statistics in its analysis of the National Living Standards Survey of 1996 and 2004. It concluded that poverty would have declined by five percent instead of 11 percent if remittances had remained unchanged between the two surveys. In this scenario, the ongoing interruptions on financial inflows due to the current pandemic is set to hit Nepal’s national economy along with individual families’ livelihoods.

According to various sources, around 450,000 Nepali migrants are projected to lose their jobs and over 125,000 migrants are already in need of immediate assistance in host countries with little or no support and are unable to support their families at home. In this scenario, families are facing the risks and acute consequences of not being able to afford basic needs such as food, education, health and nutrition. With hundreds of thousands of Nepalis at home also losing their jobs, and 500,000 Nepali youths entering labor market every year, Nepal’s unemployed population is set to be unprecedented.

To add to this, remittances service providers on both ends—sending and receiving—have had to close or reduce their service hours while mobility restrictions and limited public transportation make it difficult for people to reach branches and cash-in/out agents. These access restrictions are critical challenges to many migrants and their families to send and receive remittances as there is limited awareness and adoption of digital channels.

A reduction in remittances can have other major ripple effects on the Nepali economy and communities, resulting in a decrease in productive investment, consumption spending and access to education and health services. This ultimately has the potential to hinder the efforts made to achieve the SDGs. As such, it is critical that action is taken to ensure that remittances keep flowing and this would include supporting greater access to and use of digital technologies.

With the view to leaving no one behind in the current crisis, it is essential that all stakeholders—policy makers, private sector and civil society—come together and focus on specific measures we can take in this regard to support migrants and their families. There is a need to undertake mitigation measures to decelerate the pandemic-caused drop in remittances and facilitate their inflow between migrants and their families.

The government policy responses to the COVID-19 crisis need to include migrants in all short, medium, and long-term interventions. This should include supporting stranded migrants, regularizing remittance inflows, providing recovery supports for migrants’ families who have lost subsistence income, and ensuring access to health, housing, education and nutrition.

As the Nepal Labor Migration Report 2020 suggests, Nepal Rashtra Bank and Foreign Employment Board along with other migration-related stakeholders may coordinate to market the Foreign Employment Saving Bond. In addition, the private sector can be better mobilized to increase the ownership of programs targeted at returnees such as the Returnee Soft Loan program. Returnee migrants should be equipped with business training to help produce viable business plans, and a one-stop center for returnee migrants should be set up to access information on available resources and advisory services for potential entrepreneurs and jobseekers should be prioritized.

Since returnee migrants are most likely to have gained some skills abroad, a mechanism should be established to recognize those skills and the aforementioned one-stop-center can direct and guide them to right field such as agriculture, tourism and small-scale entrepreneurships in other sectors.

Now is the time to utilize such human and economic capital into national development. Collecting data on returnee migrants reflecting their skills should be initiated sooner than later by all authorities related to foreign employment. This will help in formulating plans and policies for reintegration of returnees as well as overall skill development and employment programs and plans.

All stakeholders in the remittances sector coming together in solidarity towards migrants and their families will prevent millions of Nepalis from falling into poverty and consequently will become helpful in achieving the SDGs. Facilitating and improving the continued flow of remittances is also vital for resilience and recovery of the local economies and communities in a country like Nepal heavily affected by the health and socioeconomic crisis caused by the spread of COVID-19.

The COVID-19 pandemic has affected everyone in society but has struck the most vulnerable the hardest. Globally, migrant workers in particular are disproportionately impacted by the negative effects of the pandemic on businesses, including soaring unemployment rates and loss of income.

It is also vital that the private sector work closely with the government to respond comprehensively and collaboratively in order to avoid the high cost of economic damage that might be passed onto workers, and ensure the rights and well-being of migrant workers are protected.

KATHMANDU, May 21: Industries have been affected largely by a heavy fall in market demand during the second wave of COVID-19... Read More...

How to save the economy from the pandemic

The coronavirus pandemic has completely engulfed the world. The United States is now the epicenter of the crisis. The worldwide... Read More...