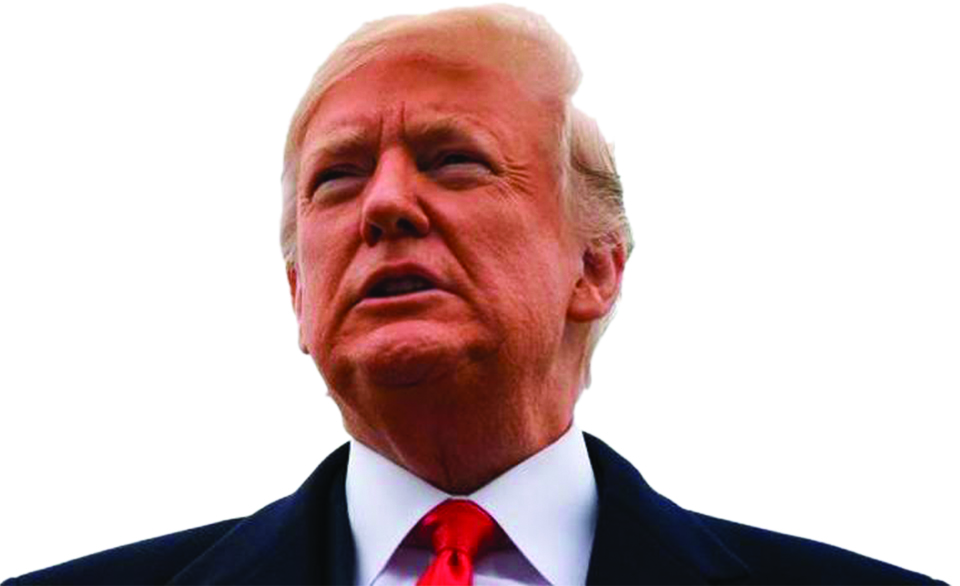 BEIJING – Time magazine did not choose Donald Trump as its Person of the Year in 2018, but it may do so this year. Trump ended last year facing criticism for announcing troop withdrawals from Syria and Afghanistan without consulting allies (resulting in the resignation of his respected defense secretary, James Mattis) and partially shutting down the government over a Mexican border wall. In 2019, with Democrats having taken over the House of Representatives, he will face increasing criticism of his foreign policy.

Administration supporters shrug off the critics. Foreign policy experts, diplomats, and allies are aghast at Trump’s iconoclastic style, but Trump’s base voted for change and welcomes the disruption. In addition, some experts argue that the disruption will be justified if the consequences prove beneficial for American interests, such as a more benign regime in Iran, denuclearization of North Korea, a change of Chinese economic policies, and a more evenly balanced international trade regime.

Of course, assessing the long-term consequences of Trump’s foreign policy now is like predicting the final score in the middle of a game. Stanford historian Niall Ferguson has argued that “the key to Trump’s presidency is that it is probably the last opportunity America has to stop or at least slow China’s ascendency. And while it may not be intellectually very satisfying, Trump’s approach to the problem, which is to assert US power in unpredictable and disruptive ways, may in fact be the only viable option left.”

Trump’s critics respond that even if his iconoclasm produces some successes, one must assess them as part of a balance sheet that includes costs as well as benefits. They argue that the price will be too high in terms of the damage done to international institutions and trust among allies. In the competition with China, for example, the United States has dozens of allies and few disputes with neighbors, while China has few allies and a number of territorial disputes. In addition, while rules and institutions can be restraining, the US has a preponderant role in their formulation and is a major beneficiary of them.

This debate raises larger questions about the relevance of personal style in judging presidents’ foreign policy. In August 2016, 50 primarily Republican former national security officials argued that Trump’s personal temperament would make him unfit to be president. Most of the signatories were excluded from the administration, but were they correct?

As a leader, Trump may or may not be smart, but his temperament ranks low on the scales of emotional and contextual intelligence that made Franklin D Roosevelt or George HW Bush successful presidents. Tony Schwartz, who co-wrote Trump’s book The Art of the Deal, notes that “Trump’s sense of self-worth is forever at risk. When he feels aggrieved, he reacts impulsively and defensively, constructing a self-justifying story that doesn’t depend on facts and always directs the blame to others.” Schwartz attributes this to Trump’s defense against domination by a father who was “relentlessly demanding, difficult, and driven…You either dominated or you submitted. You either created and exploited fear, or you succumbed to it – as he thought his elder brother had.” As a result, he “simply didn’t traffic in emotions or interest in others,” and “facts are whatever Trump deems them to be on any given day.”

Whether Schwartz is correct or not about the causes, Trump’s ego and emotional needs often seem to color his relations with other leaders and his interpretation of world events. The image of toughness is more important than truth. Journalist Bob Woodward reports that Trump told a friend who acknowledged bad behavior toward women that “real power is fear…You’ve got to deny, deny, deny and push back on these women. If you admit to anything and any culpability, then you’re dead.”

Trump’s temperament limits his contextual intelligence. He lacked experience, and has done little to fill the gaps in his knowledge. He is described by close observers as reading little, insisting that briefing memos be very short, and relying heavily on television news. He is reported to have paid scant attention to staff preparations before summits with experienced autocrats like Russian President Vladimir Putin or North Korea’s Kim Jong-un. If Trump’s iconoclastic style was merely a breach of traditional presidential etiquette, one might argue that his critics were being too fastidious, or were trapped in old-fashioned views of diplomacy.

But crudeness can have consequences. While pressing for change, he has disrupted institutions and alliances, only grudgingly admitting their importance. Trump’s rhetoric has downplayed democracy and human rights, as his weak reaction to the murder of Saudi dissident journalist Jamal Khashoggi demonstrated. Although Trump has echoed President Ronald Reagan’s rhetoric about the US being a city on the hill whose beacon shines to others, his domestic behavior toward the press, the judiciary, and minorities has weakened the clarity of America’s democratic appeal. International polls show a decline in America’s soft power since he took office.

While critics and defenders debate the attractiveness of the values embodied by Trump’s “America First” approach, an impartial analyst cannot excuse the ways in which his personal emotional needs have skewed the implementation of his goals—for example in his summit meetings with Putin and Kim. As for prudence, Trump’s non-interventionism protected him from some sins of commission, but one can question whether his mental maps and contextual intelligence are adequate to understand the risks posed to the US by the diffusion of power in this century. As tensions grow, reckoning with Trump may well become unavoidable in 2019.

Joseph S Nye Jr is a professor at Harvard and author of the forthcoming Do Morals Matter? Presidents and Foreign Policy from FDR to Trump

IPO of CEDB Hydropower allotted, lucky 234,195 investors get 10 units each
14 hours ago

KP Oli sworn in again as PM, no new faces in new cabinet
12 hours ago

How long does protection from COVID-19 vaccines last?
17 hours ago

India reports daily rise in coronavirus cases of 343,144
17 hours ago