The weight of criticism

The recent arrest of comedian Pranesh Gautam for posting a movie review of “Bir Bikram 2” on YouTube has been the reason of many discussions and debates. The arrest, acted out on a complaint issued by the movie’s director Milan Chamling “Chams” Rai who claimed that the review defamed his movie and the actors in it, received mixed reactions from the public: Some claimed Gautam’s review was derogatory and offensive whereas others called the arrest a breach of Gautam’s right to free speech.

Achuyut Koirala, former vice-president of Film Critics Society of Nepal (FICSON), claims that this is not the first time a movie reviewer has been victimized for publishing honest content. “In the past I have had people from the Nepali film industry threaten me for writing a bad review of their movies,” he says. According to Koirala, thanks to the growing popularity of streaming media like YouTube, people have found a new platform to express their views and opinions.

“Unlike newspapers or television, people make an active choice of searching for a particular content and so it’s more of a personalized viewership,” he explains, adding that the review uploaded by Gautam can’t be held responsible for “defaming” Rai’s movie. Koirala reckons that this case escalated the way it did because it was the first case of an online media platform like YouTube creating a stir in the Nepali film industry.

“Like Gautam, today’s youth have the capability to decide what’s good or bad filmmaking as they’ve watched movies from all over the world,” says Koirala who is of the mindset that anyone who pays good money to go watch a movie has the right to have an opinion about it.

Aayush Shrestha, stand-up comedian, agrees with Koirala’s views and stresses on the fact that if a filmmaker or a celebrity can’t accept criticism then showbiz is probably not a place for him/her. “Being an artist is all about putting yourself out there and people will have an opinion about your work,” he says.

Furthermore, he claims that in comedy the line between what someone finds offensive and funny tends to be thin and what someone finds rude might come across as funny to others. “For example, the comical skits put out by Maha Jodi were considered offensive during the Panchayat era,” he explains. He goes on to add what people find offensive is relative and that when one exercises freedom of speech, one risks offending others.

Moreover, Shrestha also claims that, in this particular case, Gautam’s charge sheet looked very weak and he was put in jail for offending someone rather than actually breaking the law. “This is an example of blatant misuse of power. I believe Gautam was arrested citing a vague law for entirely selfish reasons,” he says. But this beckons the question: Where do you draw the line while critiquing people’s works?

Shirsty Satyal, a BBA student at KU, believes both parties to be at fault here. “The way Gautam went about the review was unprofessional. But that is not a strong enough reason to have a person arrested and jailed,” she says.

According to her, Nepali audience and reviewers have always appreciated Nepali movies that are good and instead of blaming a reviewer for posting a bad review, filmmakers should focus on improving the quality of the movies they make.

“To put it directly, make good movies to get good reviews,” she says. However, Satyal thinks reviewers should also be a little mindful while writing reviews as an entire team’s hard work was put into making that movie. “Instead of getting personal and berating individuals in the film, reviewers should talk about what the movie lacked and how it could be improved,” she says. The focus, she believes, should be on constructive criticism and not mockery and satire.

Sampiya Raj Timalsina, a film critic, says that this case was blown out of proportion. “If the filmmakers had a problem with Gautam’s use of foul language and alleged “derogation”, then they should have voiced it out through social media or both parties could have solved it by sitting down to discuss it,” says Timalsina. According to him, the filmmakers should have noticed that Gautam had posted a disclaimer before the video and understood that everything he said was a personal opinion.

Awantika Dhital, student at the National College of Information Technology, says this whole incident has given Nepali film industry a bad rap. “It’s a fact that the Nepali film industry has a long way to go and a lot of work needs to be done for that. But this incident showed that rather than wanting to learn from failure and criticism, they want to blame the audience who pay good money to go watch the movies they make. And more often than not, the movies turn out to be mediocre at best,” she says.

As film critics, both Timalsina and Koirala agree that there are different mediums and style in which one can review a movie. “And in Gautam’s case, he chose a visual medium and used ‘absurdist humor’ which is a form of comedy where things are deliberately overdone,” says Koirala adding that though this form of humor is accepted worldwide, whether or not one likes it is an entirely personal thing.

Timalsina, however, says Gautam’s comment on former Miss Nepal Nikita Chandak and singer Ashok Darjee was a crass attempt at humor. “Whenever you do a review, commenting on a person’s race or religious orientation is a wrong move and it doesn’t resonate with the ideals of the present,” he says. If he were in Gautam’s place, he says, he would have focused more on the cinematic, directorial, and storyline aspects of the movie.

But the most common opinion is that this incident has been a lesson for both filmmakers and content producers. “Reviews and content related to Nepali movie and music will continue being published in platforms like YouTube and other social media, so it is better for filmmakers to embrace this change and learn from whatever criticism comes their way,” says Koirala. “And as for whoever chooses to publish a review or any video regarding another person’s work, they should focus on the quality of the work rather than condemn or berate a particular person,” he concludes. 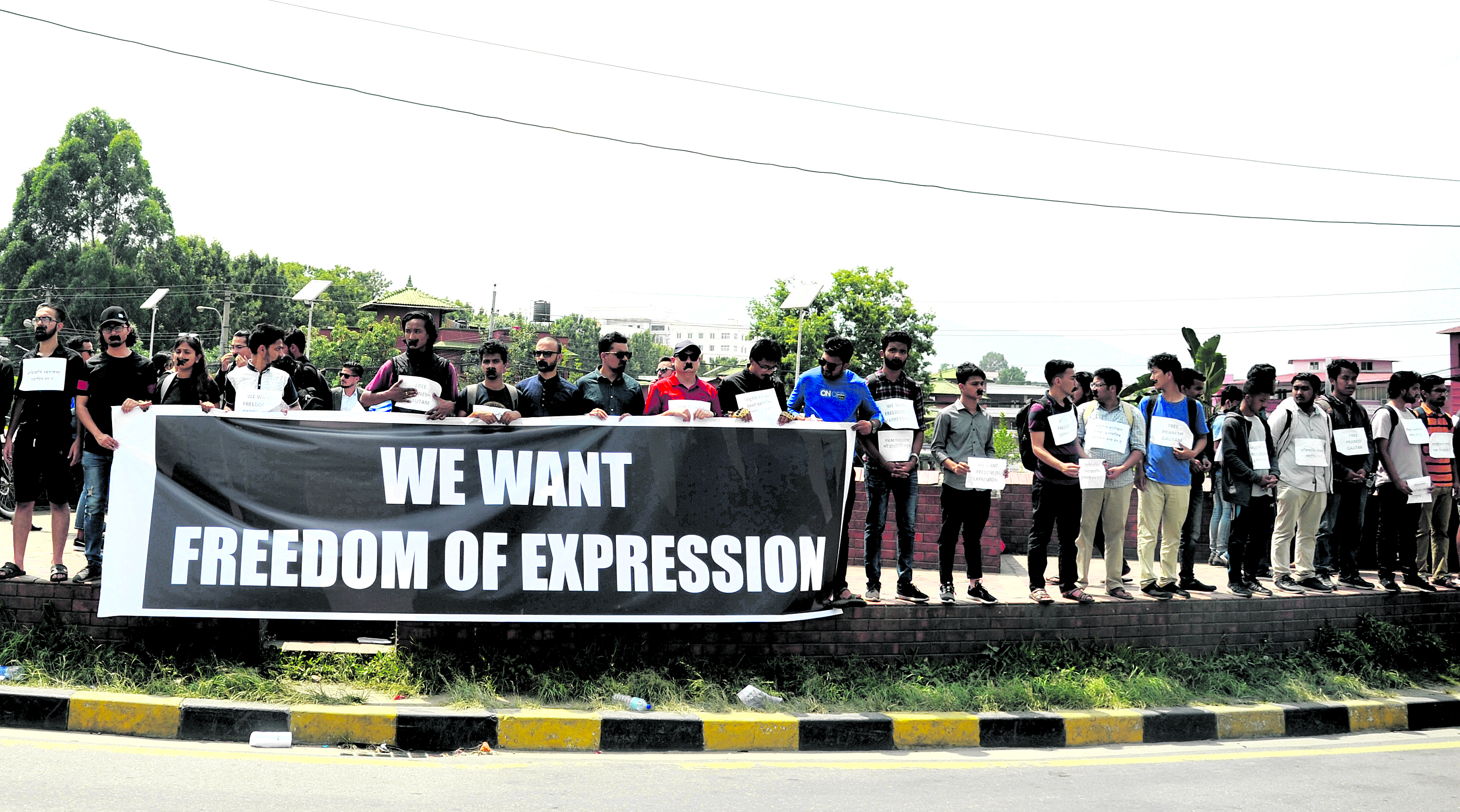 Bijuli Machine, Nepal’s first science-fiction movie, is on its second week of release and has been running successfully in cinemas.... Read More...

Gandaki Province govt to provide Rs 50,000 each to families of people who died of COVID-19 at hospitals
27 minutes ago

Nepal records 246 new cases, 347 recoveries with no death on Friday
32 minutes ago