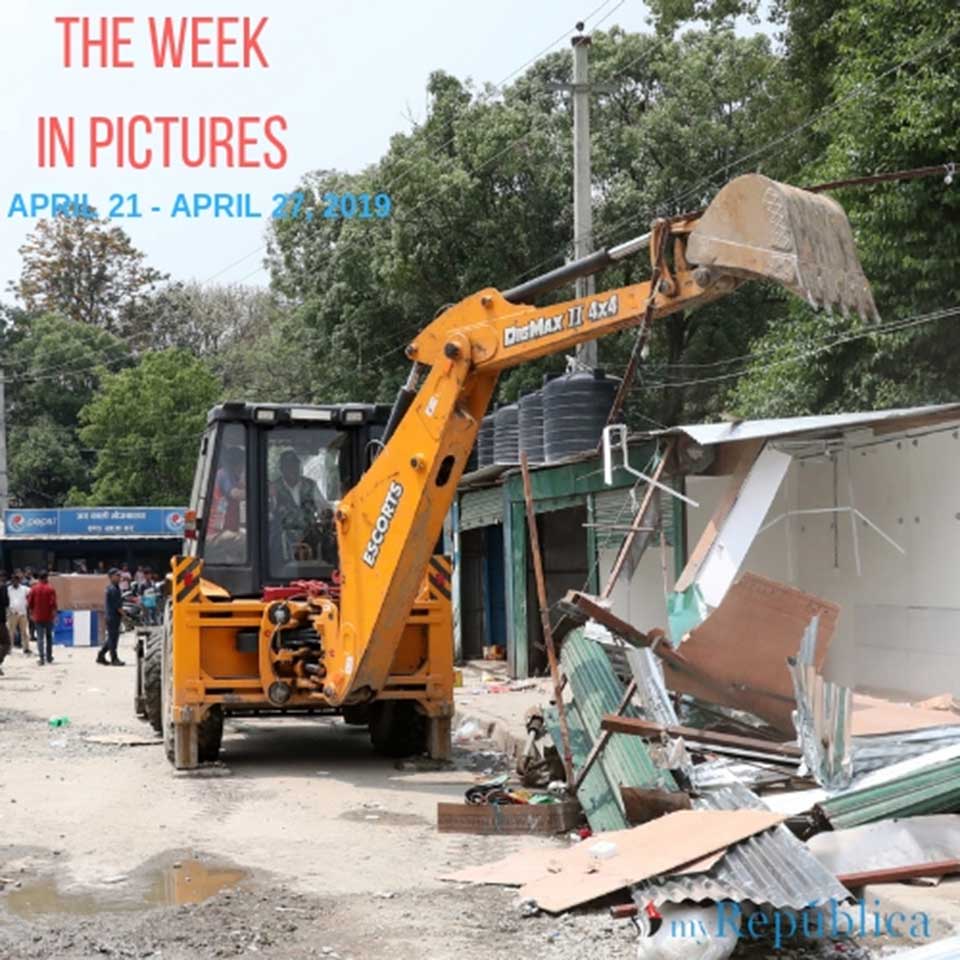 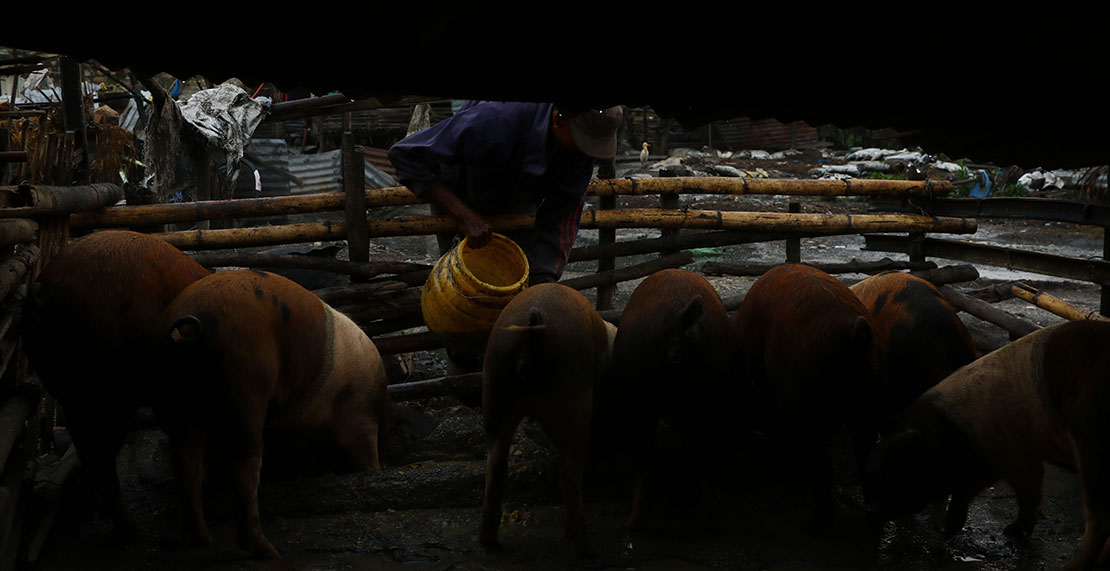 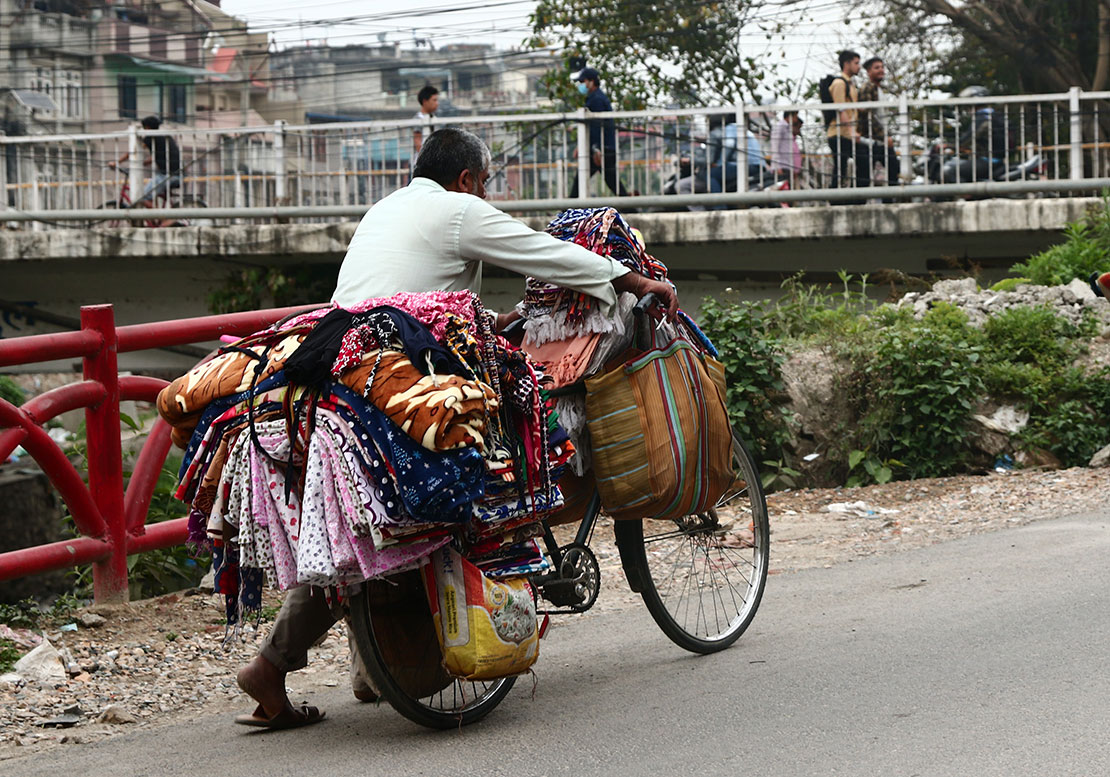 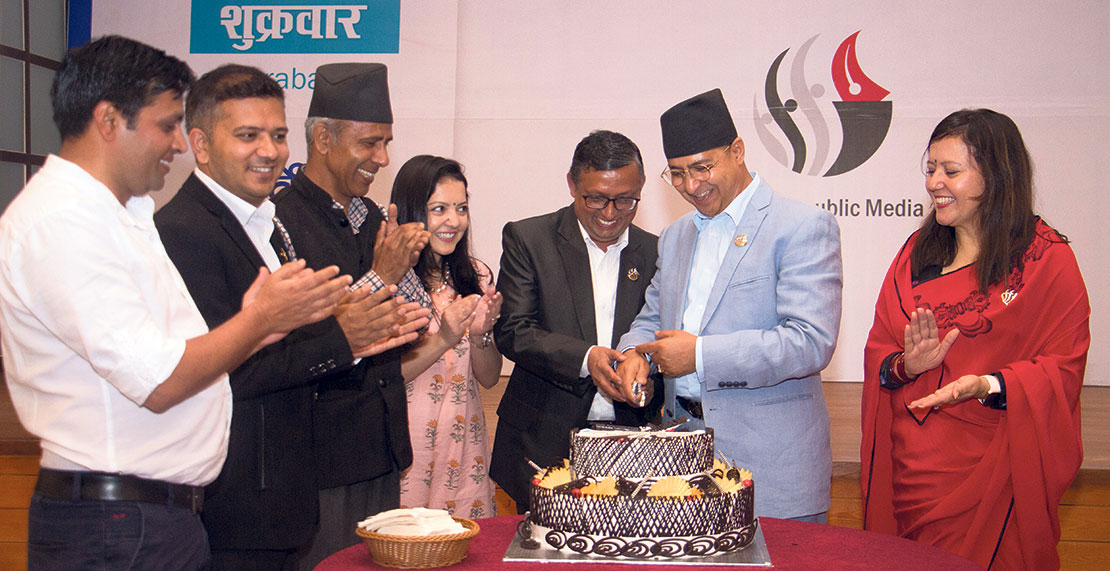 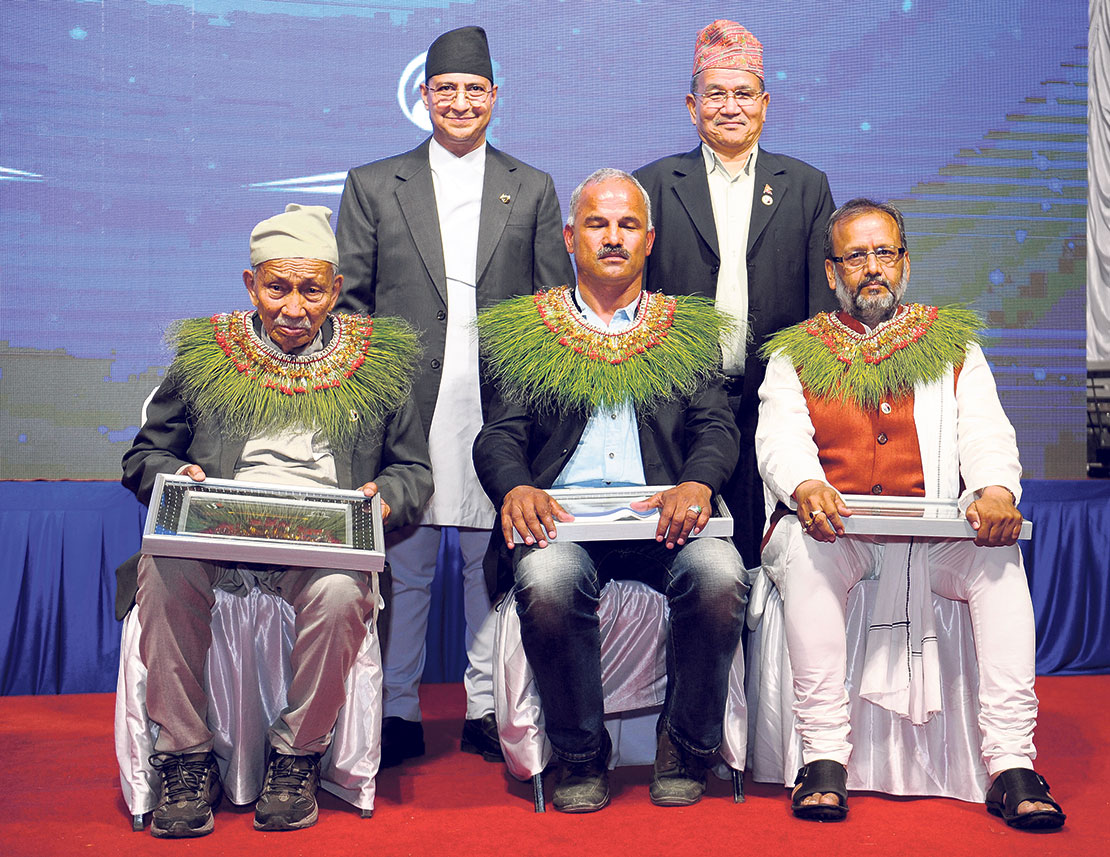 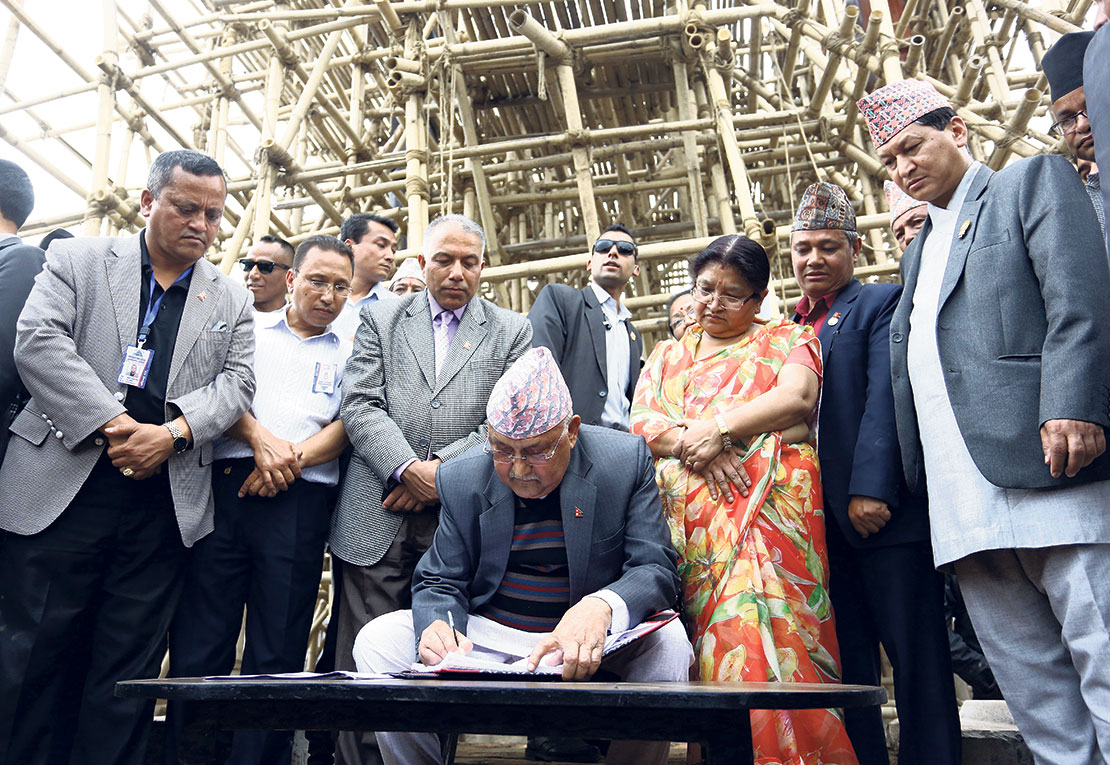 April 25: Prime Minister KP Sharma Oli writes a message on the visitors’ book after inspecting the Kasthamandap which is being reconstructed, at a function organized at Basantapur in Kathmandu on Thursday to mark the 4th Memorial Day of the Gorkha earthquake of 2015. Photo: Dipesh Shrestha/Republica 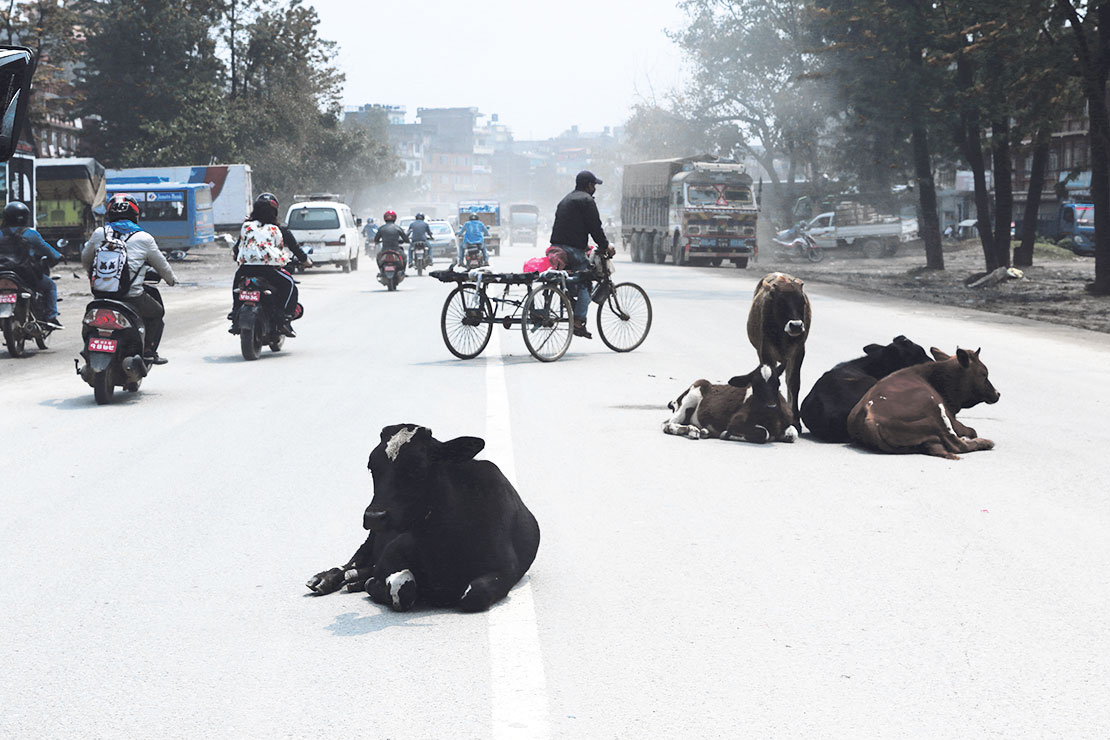 April 26: Stray cattle as seen on a road in Balaju, Kathmandu on Friday. Photo:  Rajib Khatri/Republica 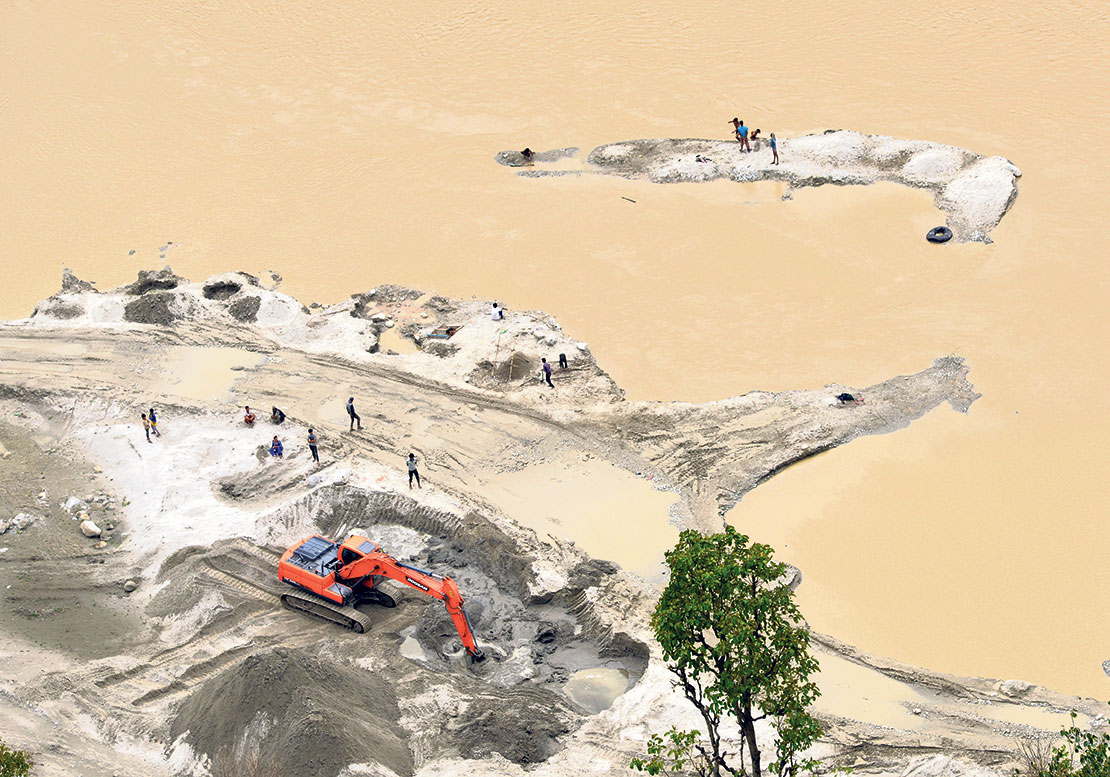 April 27: An earth mover being used to excavate sand from the Tamakoshi river at Bhirkot Tamakoshi Rural Municipality in Dolakha district on Saturday. Photo Keshab Thoker/Republica​