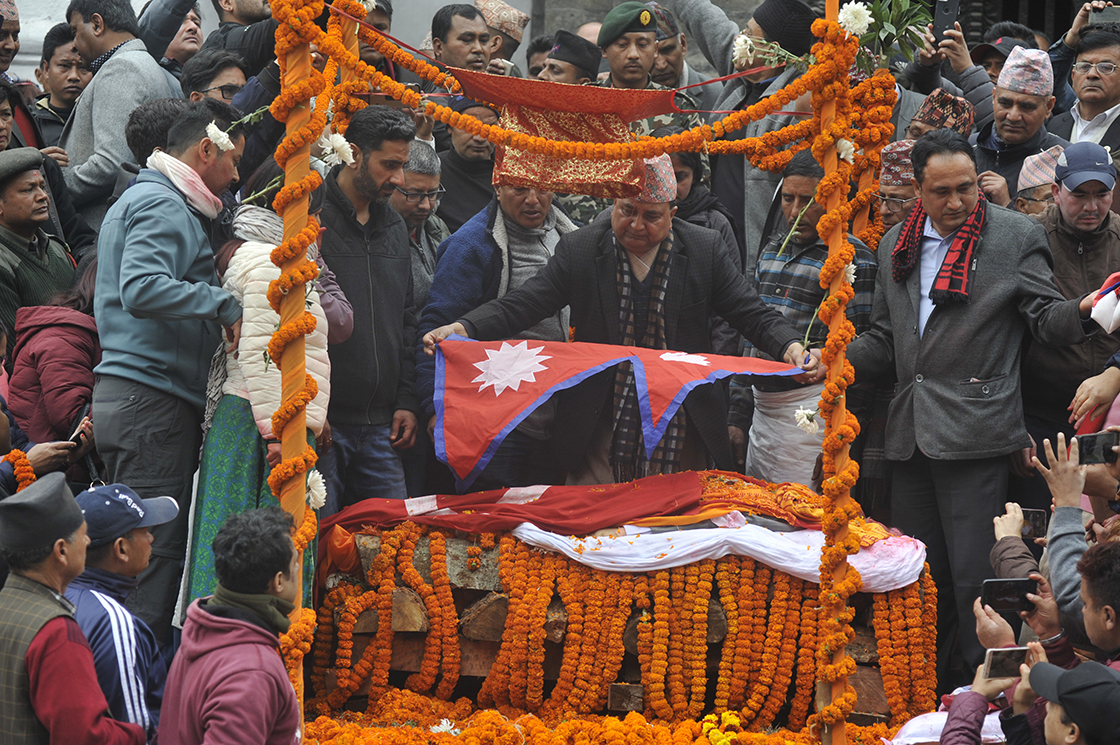 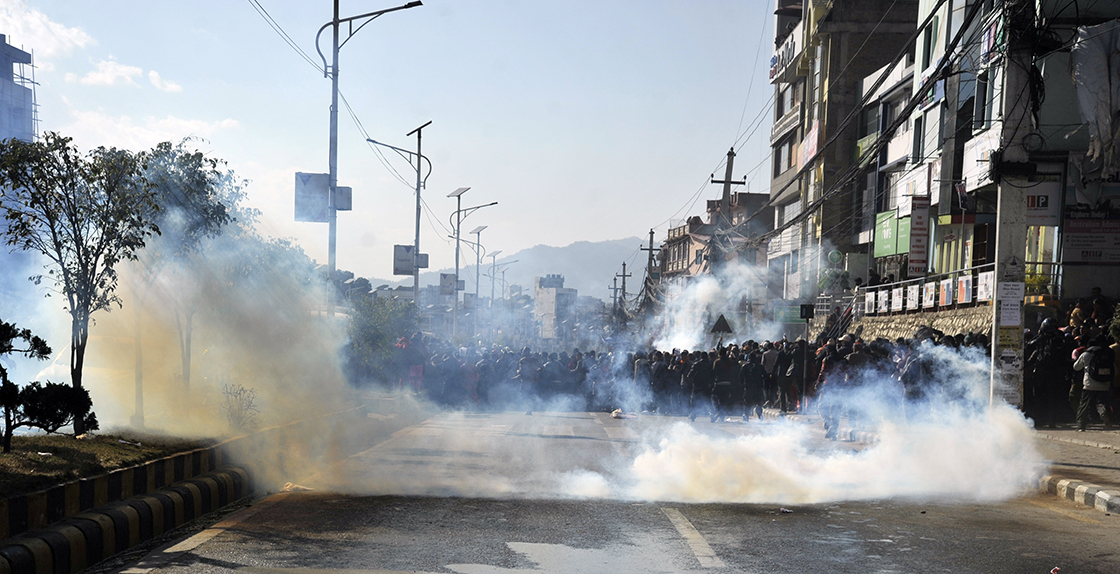 March 7: A tribute ceremony of 7 personnel along with tourism minister Rabindra Adhikari who died in helicopter crash in Taplejung on Thursday. Photo: Pratik Rayamajhi Adhikari to be cremated today