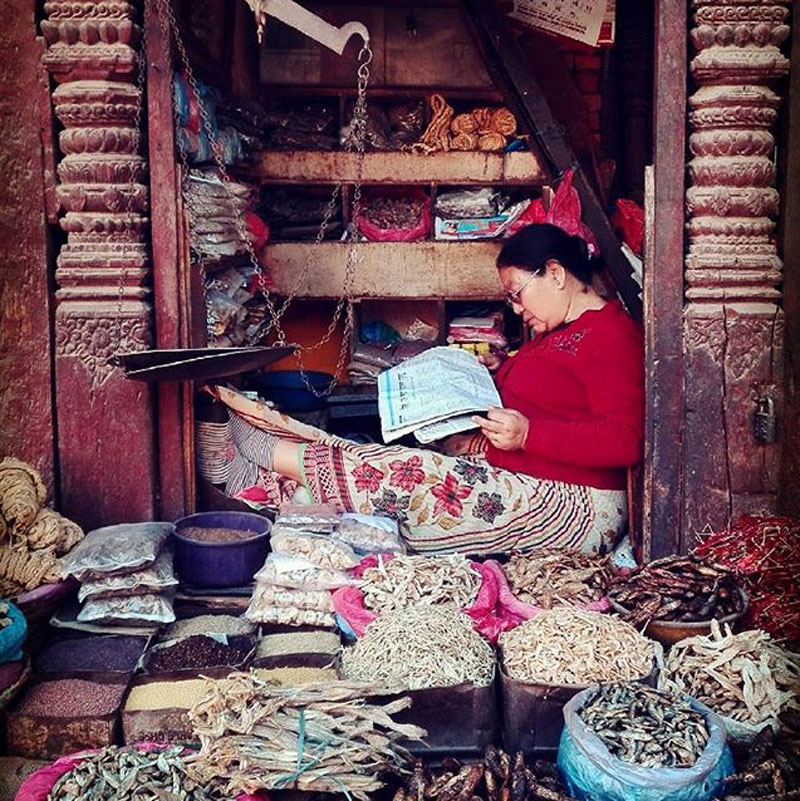 General media users and audiences are still viewed largely in the nineteenth century mentality filtered through “letters to the editor”
It is often said that the audience is the king. Nothing can be more flattering.

As I tried to explain in my previous piece, the market often lumps audiences into a feckless mass, always hungry for fluff, conflict and drama. For the journalists, who are wont to reify people and events in the constraints of a fast and compressed news cycle, the mass audience is shapeless.

Don’t blame journalists alone. There are also members of the educated or the ruling class who underestimate the intelligence of readers. This type of an image of the media users crystallized in a recent pronouncement by our Prime Minister who declared that those “without any stature” were writing worthless posts and making them viral in social media.

As a contrast, and in spite of his proven disdain for journalists in the past, he observed that journalists, by virtue of their professional standing, were writing and commenting responsibly.

For journalists, a professional colleague or a competitor is the first thing in mind as their reader, as David H Weaver and Cleveland Wilhoit have explained in their study of US news, people and their work. Unlike physicians or lawyers who are in direct contact with those they serve, journalists are starkly removed from their actual audiences. Media managers’ appreciation of audience remains product-focused, hardly taking account of their service needs based on social connection and engagement.

General media users and audiences—as opposed to media consumers—are seen not only as shapeless and statusless but also edgeless. Sure, because of the proliferation of interactive media,  they are certainly not voiceless any longer. But they are still viewed largely in the nineteenth century mentality filtered through “letters to the editor”. And this viewing is done largely by journalists, pundits and other members of the educated and ruling class, with almost no space for self-reflections by audience themselves. Feedback from audiences is a weak link of Nepali journalism.

I have written here about issues in news gathering, storytelling, and to some extent about the business of news, but not enough about audience feedback or engagement. I also feel guilty for not writing often on this key aspect of the news process.

In their access to technology and communicative practices, the audience today is not much different from journalists. Collaborating with media users means we listen to them as often as possible. I tried recently to randomly poll a dozen media users. How do they, as members of the audience, view the performance of news media? They offer mixed views.

They also have helped to raise awareness, especially about inclusion, and the rights of the marginalized and downtrodden people. Their advocacy and activism on behalf of those people and in promoting democracy and modernism as well as their crusade against corruption are often emphasized.

Journalists have engaged people in important contemporary discourses, attracting young generations who will potentially change the media landscape in the future. This, they have done, despite their resource constraints. Media have also served as the vehicle of networking, solidarity and safety in times of national crises such as natural disasters as well as during interference and bullying by neighboring countries.

Although most audiences feel that coverage is overwhelmingly focused on politics, they note that gradually media are prioritizing other issues, such as social and economic topics as well as professional skills and employment.

Other oft-repeated positives: New technologies have enabled media to overcome geographic and even cultural barriers in their access to stories, sources and audiences.

Access to live, instant coverage via online media, radio and television means media users are empowered as never before.

Audience criticism more often concerns how outlets cover news and opinion than what they cover. Media are seen as patently partisan, reflecting the deeply polarized society, and journalists have not been able to rise above ideologies. The audience describes this tendency as “very frustrating”. Corporate bias, favoritism, and western INGO influences are also seen as grossly compromising objectivity and balance.

Another downside is elite bias and lack of diversity in coverage. The media still have much to do in reporting social and economic problems in far-flung districts. Widening social schism is a cause for concern. As one audience member noted, “the press has not been able to properly address the tension between Bahunbadi elites and Janjatis in the ongoing ethnic crisis”.

Story framing and issues of accuracy and fairness are other concerns. Audience believes more importance is given to negative news than to positive ones. Unverified facts are used indiscriminately, apparent in the different number of casualties in the same disaster reported by different media. Too often, media also violate the privacy of victims of such disasters or other members of the public.

Most in the poll lamented the poor quality of language in the media, marred by typos.

They cite widespread disregard for a consistent style, usage and grammar. Some are thus annoyed by practitioners’ lack of professionalism or training in the craft. Audience emphasize journalists must put more effort in research, follow-up and evidence-based interpretative reporting. “We wake up to the horror of an unverified news broadcast with no source”, says a media user.

Feedback from audiences, especially as it concerns their own reflections on audienceship, is even more scarce. Mati Prasad Dhakal, an avid newspaper reader and relentless letter writer, sees readership as the heart of journalism, but poorly appreciated by news outlets. “Many write just to see their names published; there is not much substance or logic. And they are hardly critical about the media themselves. The outlets also tend to publish letters that are flattering to their publications”, comments Dhakal.

Much like in news and articles, he observes, feedback is dominated by Kathmandu-based writers, and newspapers haven’t yet prioritized participation of readers from the districts.

The author of Ma Kina Chithi Lekhchhu?(2016) (“Why Do I Write Letters?”) laments that audience feedback remains shallow in Nepal, and it is often frivolous in online media. He stresses that good readers, true to their name, have to be widely read to write good comments. They have to be able to discern the trends to analyze well. A good reader responds to media content formally, in writing, not just talk about news topics or current affairs at chiya pasal. They associate with other readers, for example in readers’ clubs.

Dhakal feels readers are disillusioned because publications often ignore or reject their letters, while even inexperienced writers and columnists, regardless of their expertise, and through their pahunch (access) to the editors, get print space. Unfortunately, he says, publications focus more on advertising and provide no incentives to audience, such as awards to outstanding readers, or even formal guidelines or policies on feedback.

Feedback in newspapers, Dhakal observes, is usually from the literate, intellectual class.

The partial displacement of print by online outlets means that a new type of mass readership is being created whose comments and responses are disruptive. They write anything, and without focus. “Outlets need some kind of moderation before they publish quality comments”, asserts the reader extraordinaire. That is the reason for a guideline for them to be able to meaningfully participate and respond.

There is no doubt that increasingly news outlets must adapt to users’ behavior, not the other way round as in the old media environment. Feedback helps to glean some insights into readers’ behavior, but outlets cannot rely entirely on online comments that are often full of gibberish and vitriol. In this sense, feedback is back-ward leaning, always finding fault with anything and everything. The need today is feed-forward, focusing on solutions to the outstanding issues in journalism, including the question of audience.

For this, there is no substitute to periodic scientific surveys, polls and direct exchanges with readers. This article is but a little effort in that direction.

BENGALURU, Sept 5: The Indian rupee will not regain ground lost against the dollar in the coming year, according to strategists... Read More...

Rise in teen suicide, social media coincide; is there link?